Home HOW TO Research Skills Beyond Online Records 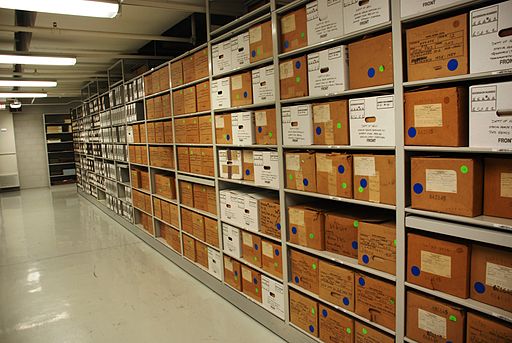 From census records to vital records and many things in between, records for genealogy research are increasingly available online in searchable databases, even complete with images of the original documents. But not everything is online, not yet anyway. Sometimes the most fantastic records are still only available at the archives, the court house or the record office and finding them is like finding buried treasures.  Find a clue, follow it like a string trailing from a tangle of wool, and you just don’t know where it might lead you!

When I first received my great-grandfather’s death certificate and read his cause of death and saw the notation about the coroner’s inquest, I was beside myself with curiosity. A little research into coroner’s records in England told me that it was very unlikely that any records would still exist. All sources told me to look to newspapers for more information. At the time  very few British newspapers were online but I searched whatever I could find. I ordered microfilms of whichever London newspapers that I could find and patiently read through the issues between William’s death and about a week after the inquest but was able to find no trace or mention of his death.

Finally, revisiting the idea of at least trying to find the record of the coroner’s inquest, I began contacting various archives and repositories to see if any records survived and where they might have been sent. Someone directed me to the London Metropolitan Archives in London and I contacted them with the details from the death certificate. Imagine my delight when they wrote back to say that they did indeed have the records from the inquest. They sent me the required forms to file a request and I filled them in, included my payment information and settled in to wait.

Finally, a large envelope arrived in my mailbox.

On A2 paper was the finding of the inquest, that included the signatures of both the coroner, and the fifteen other jurors, two of whom made their mark. The verdict was that William Bond “in accidental way came to his death and not otherwise.”

Between the three statements, the story became clear.

On Saturday 26th inst his wife went to see him where he was employed at Joiner St.  She was told he was the worse for drink and upon going to him found he was in a fit.  He was put into a cart and taken to GuysHospital.  This was about 2pm pronounced dead by Surgeon.  The deceased has given way to drink for some years.

The second statement, from the attending physician read:

He sworn saith I saw dec’d in admin on Saty at 10 past 2.  He was ? blue in the face and was practically dead, no external marks there made ?

I found he died of corrosive poison the back of the tongue was all softened and corroded.  The gullet was ? stomach very black – no contents of the stomach – he must have taken it 2 hours

The final statement, from the victim’s wife read:

Jessy Harriet Bond, 112 Cable Street East Whitechapel St be sworn saith that dec’d Wm Bond was my Husband Watchman 50 years of age.  On Saturday the 26th I went to see him at half past one where he was at work and I found him dying.  He had been all the week from Monday until Friday drunk.  He was put into a cart and brought here.  Dec’d has been a very heavy drinker all his life. Mrs Bond recalled he had a ? of salts in his blazer which he used for soldiering.  It was a quart bottle.  It was 3 parts full.

Wm Richley Royal Mount St Whitechapel Wheeler for tandels ? owner saith on Sat’y I called him up at 6 ? on Saty he went over and did not get up.  I saw no more of him.  He was full of drink all day Friday.

These coroner’s inquest records gave me a lot of detail about my great-grandfather after he was discharged from the British Artillery after twenty-two years of service. From the accounts, it seemed quite likely that he was having difficulty adjusting to civilian life and had taken to drinking in an uncontrolled way.