Although it is rare that records from Coroner’s Inquests survive, I was able to obtain the following records from the inquest into my great-grandfather William Bond’s 1893 death in London England. Several witnesses were called, including my great-grandmother Jessie Bond.

On Saturday 26th inst his wife went to see him where he was employed at Iginer St.  She was told he was the worse for drink and upon going to him found he was in a fit.  He was put into a cart and taken to Guys Hospital.  This was about 2pm pronounced dead by Surgeon.  The deceased has given way to drink for some years. 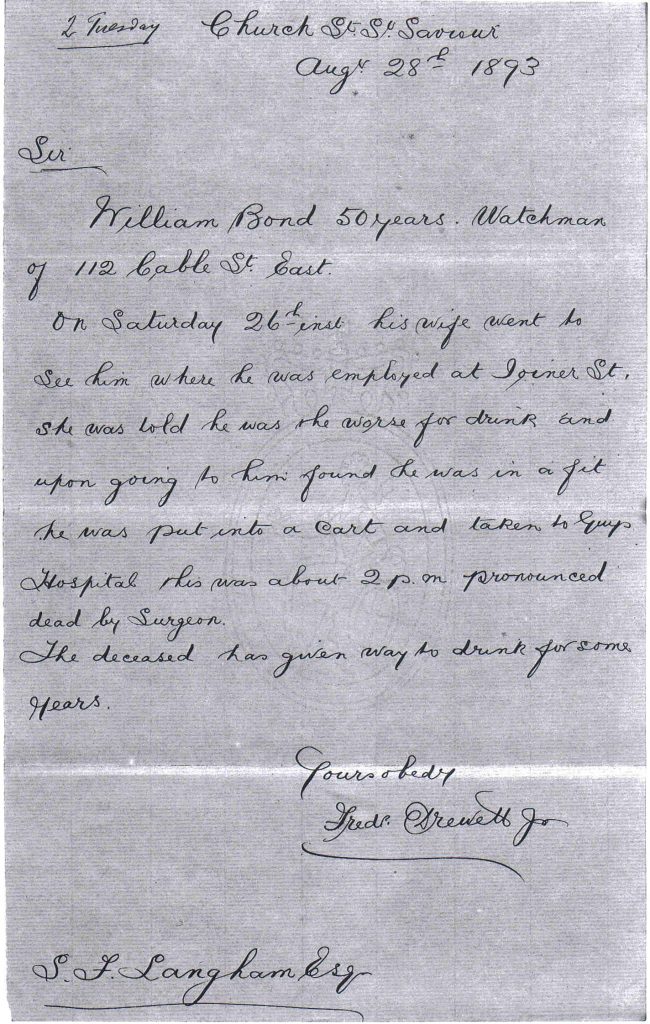 Jessy Harriet Bond, 112 Cable Street East Whitechapel St be sworn saith that dec’d Wm Bond was a ? Watchman 50 years of age.  On Saturday the 26th I went to see him at half past one where he was at work and I found him dying.  He had been all the week from Monday until Friday drunk.  He was put into a cart and brought here.  Dec’d has been a very heavy drinker all his life. Mrs Bond recalled he had a ? of salts in his blazer which he used for soldiering.  It was a quart bottle.  It was 3 parts full.[hr]Wm Richley Royal Mount St Whitechapel Wheeler for tandels ? owner saith on Sat’y I called him up at 6 ? on Saty he went over and did not get up.  I saw no more of him.  He was full of drink all day Friday. 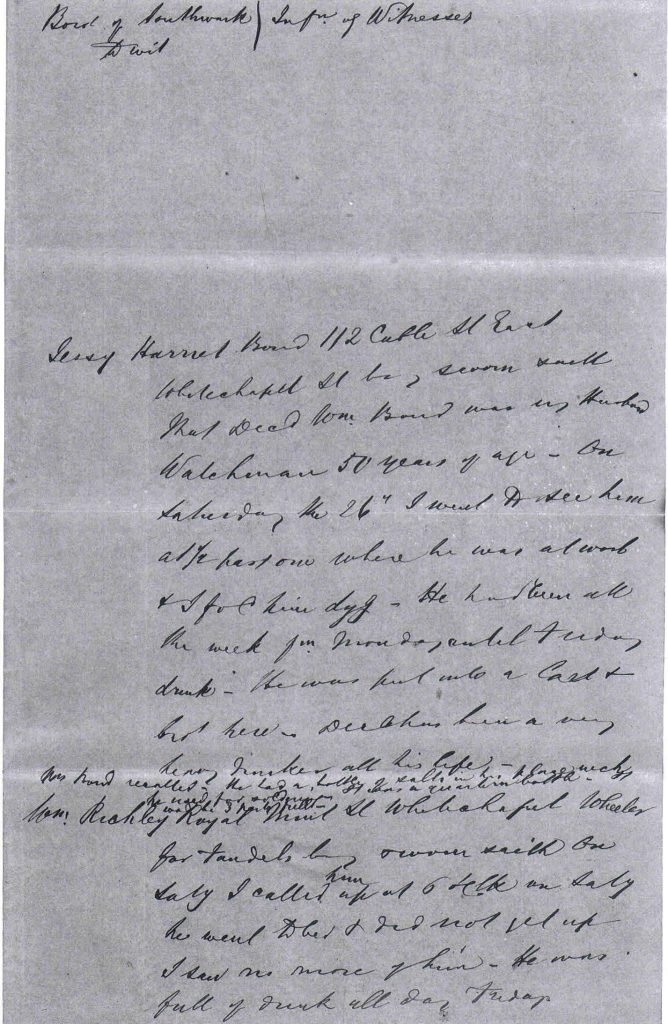 He sworn saith I saw dec’d in admin on Saty at 10 past 2.  He was ? blue in the face and was practically dead, no external marks there made ?
I found he died of corrosive poison the back of the tongue was all softened and corroded.  The gullet was ? stomach very black – no contents of the stomach – he must have taken it 2 hours. 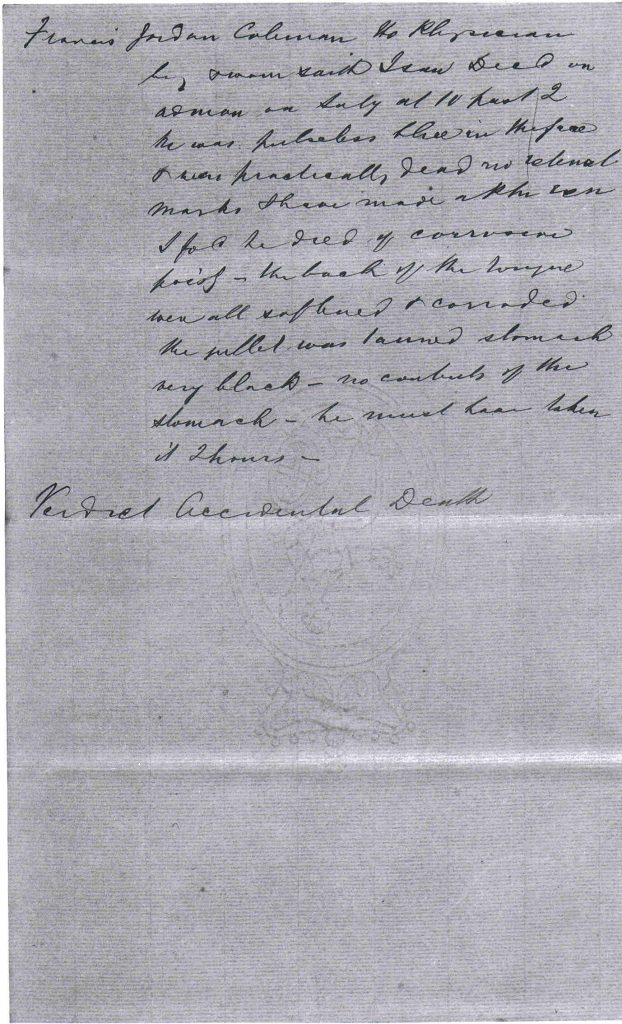