Home SOCIAL HISTORY Rebels Orders and the Battle of Culloden 1746 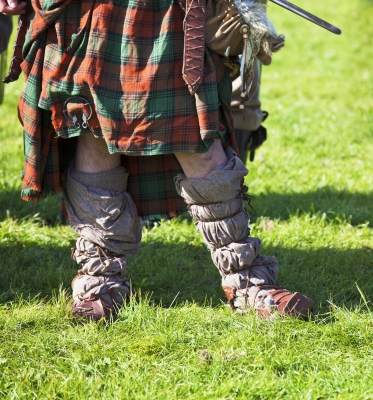 Copy of the REBELS ORDERS, April 15

It is his R—l H—–‘s positive Orders, that every Person attach themselves to some Corps of the Army, and to remain with that Corps Night and Day, till the Battle and Pursuit be finally over, and to give no Quarter to the Elector’s Troops on an Account whatsoever.

This regards the Foot as well as the Horse. The Order of Battle is to be given to every General Officer, and every Commander of Regiments and Squadrons.

It is required that each Individual in the Army, as well Officers as Soldiers, keep the Posts that shall be allotted to them; and if any Man turn his Back to run away, the next Man behind such Man to shoot him.

No Body, upon Pain of Death, is to strip the slain, or plunder, till the Battle be over.

The Highlanders all to be in Kilts, and no Body to throw away their Guns. [1]Derby Mercury – Friday 25 April 1746

An Authentick Account of the Battle fought between the Army under his Royal Highness the Duke of Cumberland and the Rebels, on Drummossie Moor near Culloden, on the 16th April 1746.

By Letters from Inverness of the 19th, which arrived Yesterday Morning by one of his Majesty’s Messengers we have the Confirmation of the glorious Victory obtained on Wednesday the 16th, by the Army under the Command of his Royal highness the Duke of Cumberland over the Army of the Rebels on the Muir called Drummossie, near to Culloden, two Miles from Inverness, with the following Particulars.

His Royal Highness with the Army, encamped the 15th at Nairn, and the Rebels hoping to surprise him there marched within three Miles of our Camp; but upon Intelligence that our Drums were beating, in order to march to attack them, they retired to the Ground they had chosen to engage us in, which was the Moor near to the House of Culloden. His Royal Highness marched thither the 16th, and came up with the Rebels about one Afternoon. The Action began by the Fire of the Rebels Cannon, which ours answered with Success, and very soon brought their first Line, consisting altogether of their Clans, in a great Hurry to attack us. Their Right-wing out-fronted our Left, which fell in a little; but our Men fairly beat them back with their Bayonets, and made a great Slaughter of them. They made the same Movement on their left; but the Regiments on our Right, where his Royal Highness was, did not take their Firelocks from their shoulders, tho’ the Rebels came down firing their Pistols, and brandishing their Swords, three times, within less than one hundred Yards, yet they dared not to attack us, but went off without attempting any Thing. The Rebels looked upon themselves as quite covered on their Right-wing by the Walls of a Park; but the Generals Hawley and Bland, with that Part of our Cavalry that was posted on our Left, got through these Walls, by the Assistance of the Campbells, who made several openings for them, and attacked their Right-wing, and made great Slaughter; and at the same time the Horse from our Right attacked their Left-flank, so that our Cavalry bet in their Centre. By this time, (which was not half an Hour from the first firing of the Cannon) they were quite routed, and the Horse had Orders to pursue, which they did for above three Miles, with great Execution. The Rebel Prisoners say, the lost on the Field and in the pursuit above 4000 Men. We have 222 French, and 326 Rebels Prisoners, besides Offices. We took 12 Cannon, a great deal of Ammunition, and about 2400 Firelocks. Our Loss was 50 Officers and Soldiers killed and 250 wounded. Lord Killmarnock and some other Officers of Note are taken, and many of the Highland Chiefs are killed. This great Event, under God, is entirely the Work of his Royal Highness. [2]Caledonian Mercury – Thursday 24 April 1746

I have read many accounts of the events that took place at Culloden in April of 1745, both in history texts and in historical novels but reading newspaper articles removes the perspective of time and the view points of those who have studied the event and puts me directly into the time and place.