Write about a day in the life of one of your ancestors.

Woke up, fell out of bed, Dragged a comb across my head Found my way downstairs and drank a cup, And looking up I noticed I was late. ~A Day in the Life – Beatles

Whether you choose to write about an extraordinary day or just a typical one, writing about a day if the life of your ancestor will help you envision them as a real person, instead of just a name on your pedigree chart.

Think about telling someone you don’t know about a day in your life. What kinds of things would you tell them? You might tell them where the day took place, who you were with, when the day happened, how you did what you did and why you did it that way.

Who? Describe the People

Who were they with? What did the people look like? If you don’t have photographs of your ancestors, you could still base your description on what clothing and hair styles were typical for the time and place you were writing about. Was your ancestor a farmer? They no doubt spent a lot of time outside, and their skin would have had a weathered look. Was your ancestor a miner? They likely had coal dust embedded around their fingernails and had long since given up trying to scrub them clean.

Where? Set the Scene

Where were they? Describe the place. Use old photographs, old maps or descriptions from letters, diaries or books contemporary to their time and place. What sounds did they hear? What did they smell? What could they see?

When? Describe the Period

What was the weather like that day? Look it up in an historical newspaper. What were the events of the day? What news was on everyone’s lips?

How? Fill in the Details

Why? Figuring it all Out

Why is always the hardest question to answer. Every day brings choices from what to have for breakfast to making a life altering decisions. What decisions did your ancestors make and why do your think they make them?

Example: A Day in the Life of Jessie Bond 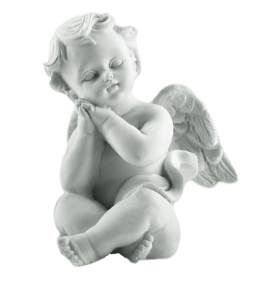 My great-grandfather, William Bond, was a Bombardier with the Royal Artillery and my great-grandmother Jessie followed him to Delhi India when his regiment was sent there soon after their marriage and the birth of their first child. Within less than a year, they had lost the baby. Their son had failed to thrive in India and had wasted away, dying before his first birthday. This is my story of the day of his funeral.

They had walked here, quietly passing near the Kashmiri Gate and then turning left on Church Road. From there, they could see the rounded dome and the ball and cross of St. James rising above the columned porticoes, the yellow washed plaster still showing the faint traces of repairs, a testament to the damage the mutiny of 1857 had left in its wake. The graveled lane led them through the iron gates and William and one of the other soldiers walked ahead, carrying the box between them. No one spoke as they turned the corner and entered the small fenced enclosure. There was nothing to be said.

Time blurred for Jessie and then as if through a fog she could hear the chaplain’s voice as it droned on, a low rumble in her ear. Her eyes, red and swollen from weeping since before the dawn’s earliest light, stared sightless while the sun’s blistering heat burned her face. An insect crawled a slow staggering path across her forehead and a bead of sweat ran down her neck, disappearing under the collar of her hastily borrowed black dress. But it was not until the first shovel of earth rained down on the small pine box that Jessie moved, taking a faltering step forward as if to throw herself into the tiny grave.

Beside her, William and the two other soldiers stood stoically, the whiskey fumes rolling off them all in the torrid November morning. Behind them were a few of the regiment’s wives, none of them Jessie’s friends but neither were they her enemies.

They too, were just trying to survive this hell that was India.

Share a link to your story in the comments below.