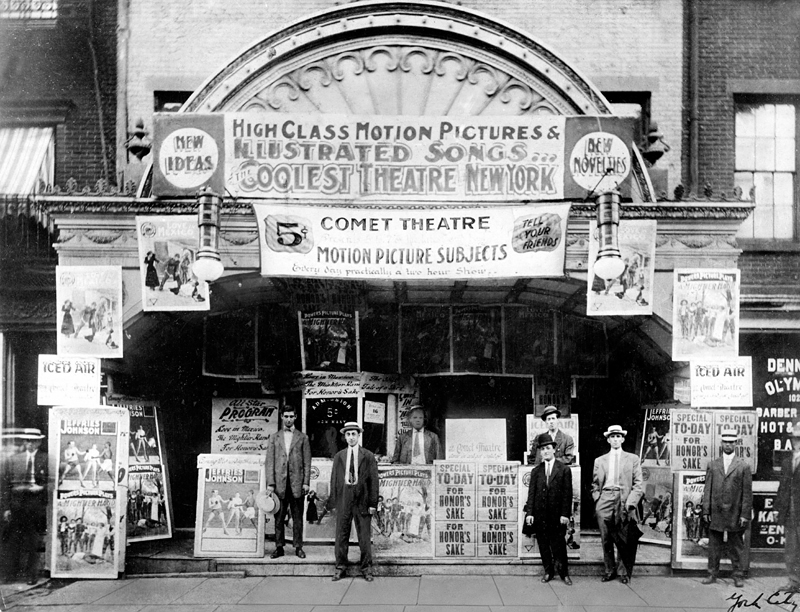 My grandfather, John Arthur Bond, was born in London, England in 1890.  He immigrated to Montreal, Quebec in about 1894.  At the time of the 1901 census when he was ten years old, he was in school but by the 1911 census he was working as an electrician for the General Film Company located on St Catherine Street West, although soon he would become an operator or projectionist. 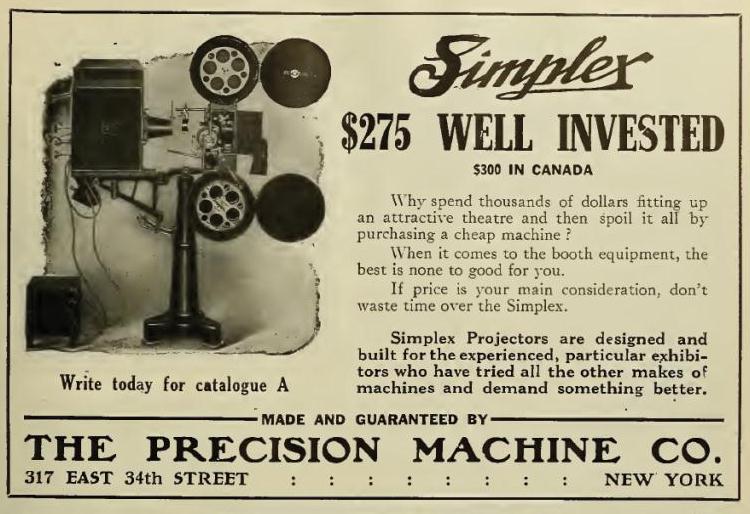 The General Film Company was incorporated in Maine in 1910 and it distributed films by licensees of the Motion Picture Patents Company.  Movie theatres were extremely popular in Montreal and there were a number opened in the city including the Ouimet in 1906 and the Nationoscope in 1907.  Films shown during these early years would have been of the silent movie type with stars such as the Toronto born Mary Pickford. 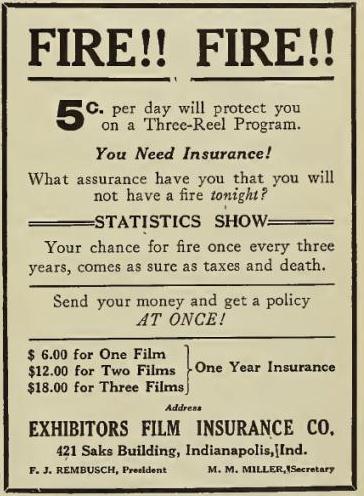 The film industry was in its infancy when my grandfather joined General Film in 1911.  Projection machines had to be constantly monitored to avoid stuttering of the film and many adjustments were necessary.  In general, operators were trained in projector operation, either by apprenticing to learn their trade or by taking classes on the subject.  Because the nitrate film was very flammable, fire was a constant risk.  The projection machines and their operators were housed in operator rooms, quite separate from the public parts of the theatre.  Recommended materials for the building of a projection or operating room were brick, tile or cement due to the risk of fire.   In the “Moving Picture World: The Film Index Exhibitors’ Guide” published in 1913, there were companies advertising fire insurance.  One, shown here, advertises premiums of five cents per day and warns that “Your chance for fire once every three years comes as sure as taxes and death.”  Building materials, such as asbestos, were used to reduce the risk of fire spread within the theatre.  It was well known by experienced operators that the nitrate film would continue burning, even if submersed in water.  It did not require oxygen since the chemical reaction of burning it produced its own supply and should a fire break out, the operator would grab any extra reels of film and exit the fire proofed room immediately, rather than trying to extinguish the flames.