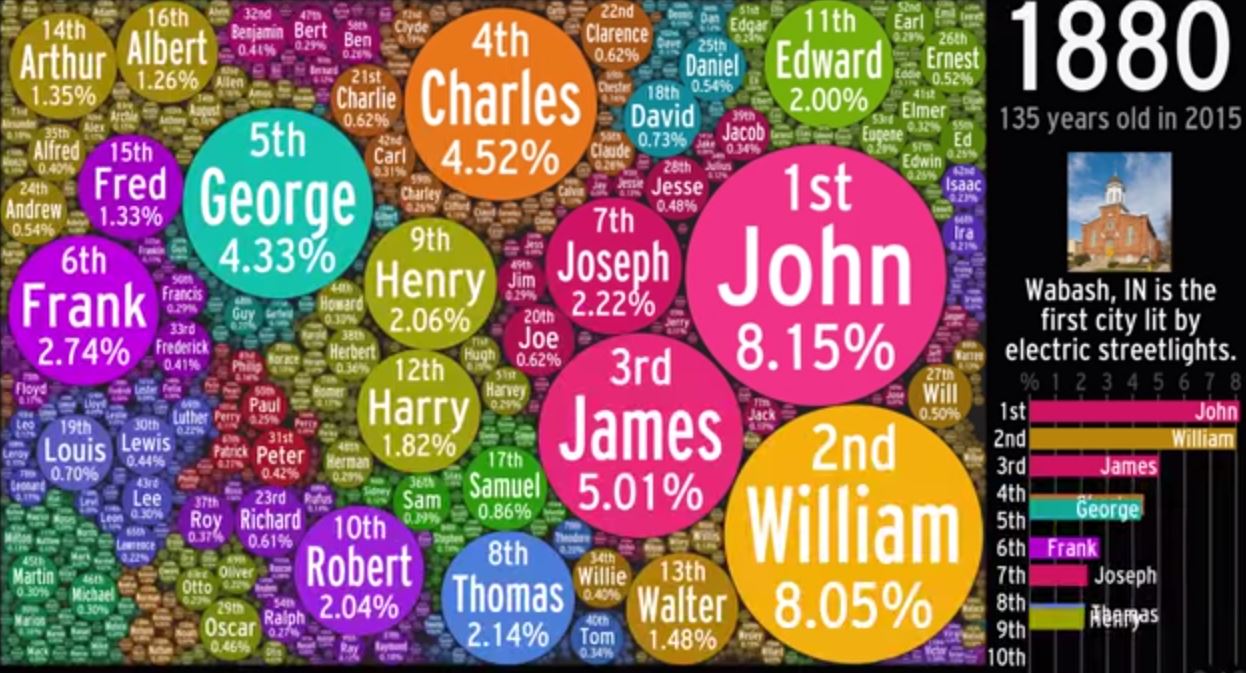 Names.
What’s in a name, really? I mean, besides a bunch of
letters or sounds strung together to make a word. Does a
rose by any other name really smell as sweet? Would the
most famous love story in the world be as poignant if it was
called Romeo and Gertrude? Why is what we call
ourselves so important?
― Julie Kagawa, Summer’s Crossing

In many cultures, traditional naming patterns that previously existed are falling into disuse as parents search out new and unique names for their children.
When my daughter and son-in-law were trying to decide on baby names for my own two grandchildren, I extracted a list of all of the first names in our family from my genealogy database and ranked them in order of popularity for their consideration. But in keeping with the times, both of my grandchildren were given first names that were totally new to our family.

Common English tradition was to name the first born son after the paternal grandfather, the second after the maternal grandfather, the third after the father, the fourth after the oldest paternal uncle and the fifth after the oldest maternal uncle and so on. Daughters were named in a similar fashion after their female ancestors. In the likely event that names repeated in the family, one baby might be named for multiple relatives, causing no end of confusion for us genealogists trying to sort out all of the Mary Smiths or George Browns in our family trees.

20 Most Popular Male Names in my Family

20 Most Popular Female Names in my Family

The Evolution of Baby Names in the United States

This morning, I stumbled across these two fascinating YouTube videos showing a graphical representation of the evolution of the most common boys and girls names in America from 1880 to 2014. In the earliest part of the videos, there are high concentrations of a handful of common names that only gradually change in ranking. However, as the videos move forward in time, there are more and more name circles and the earlier high concentrations dramatically decrease as parents choose unique and distinct names for their children as was the case in my own family.

The Evolution of US Boy Names: Bubbled

The Evolution of US Girl Names: Bubbled

I’d love to learn the naming traditions in your family. Are they still followed or are they considered old fashioned by the newest generations? Please leave your comments below.