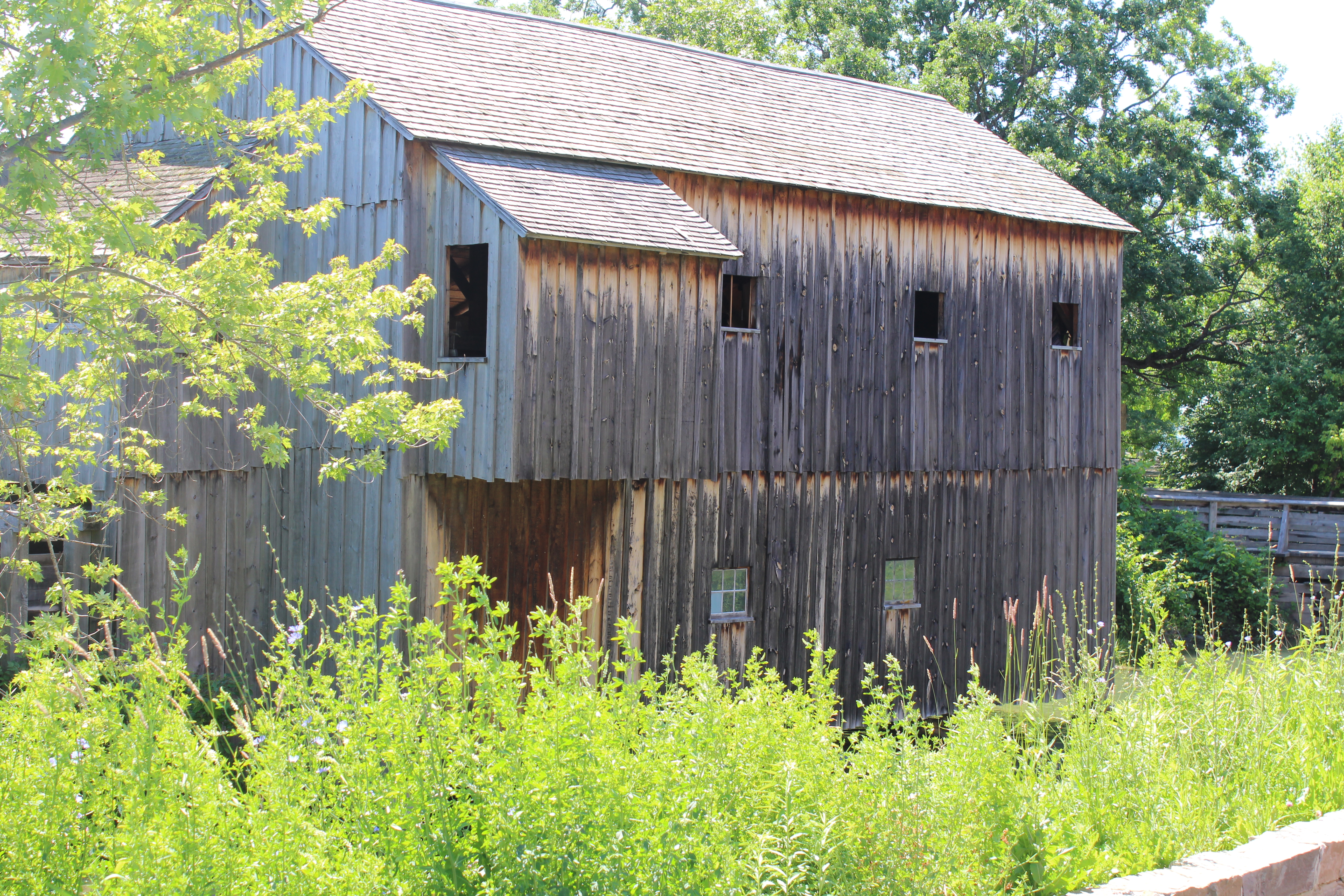 This sawmill was built in 1846 by Alvin and William Beach outside of Heckston, towards Kemptville and 35 kilometers northwest of here. This simple, frame structure was re-located to Upper Canada Village in 1956. The mill machinery comes originally from another early mill. Beach’s mill is typical of the many smaller water-powered mills constructed in the first half of the 19th century, using a vertical saw to produce sawn lumber for the surrounding populations. On the main floor is a shingle saw, which many sawmills added to their operation in the mid-19th century. [1]From the sign in front of the mill at Upper Canada Village.

During a recent visit to Upper Canada Village, one of my first stops was Beach’s Sawmill where they were cutting lumber using the water powered mill. I watched the process for quite some time and it took me back to what it must have been like in the early days of Upper Canada when trees were ubiquitous and most settlers built their homes from it. The video below shows the saw in action. The sound was deafening!

As well as the video, I took many photographs at Beach’s Sawmill, both inside and outside.

Both the video and images are licensed under Creative Commons. Licensees may copy, distribute, display and perform the work and make derivative works based on it only if they give the author or licensor (Barbara J Starmans, Out of My Tree Genealogy) the credits in the manner specified by these.