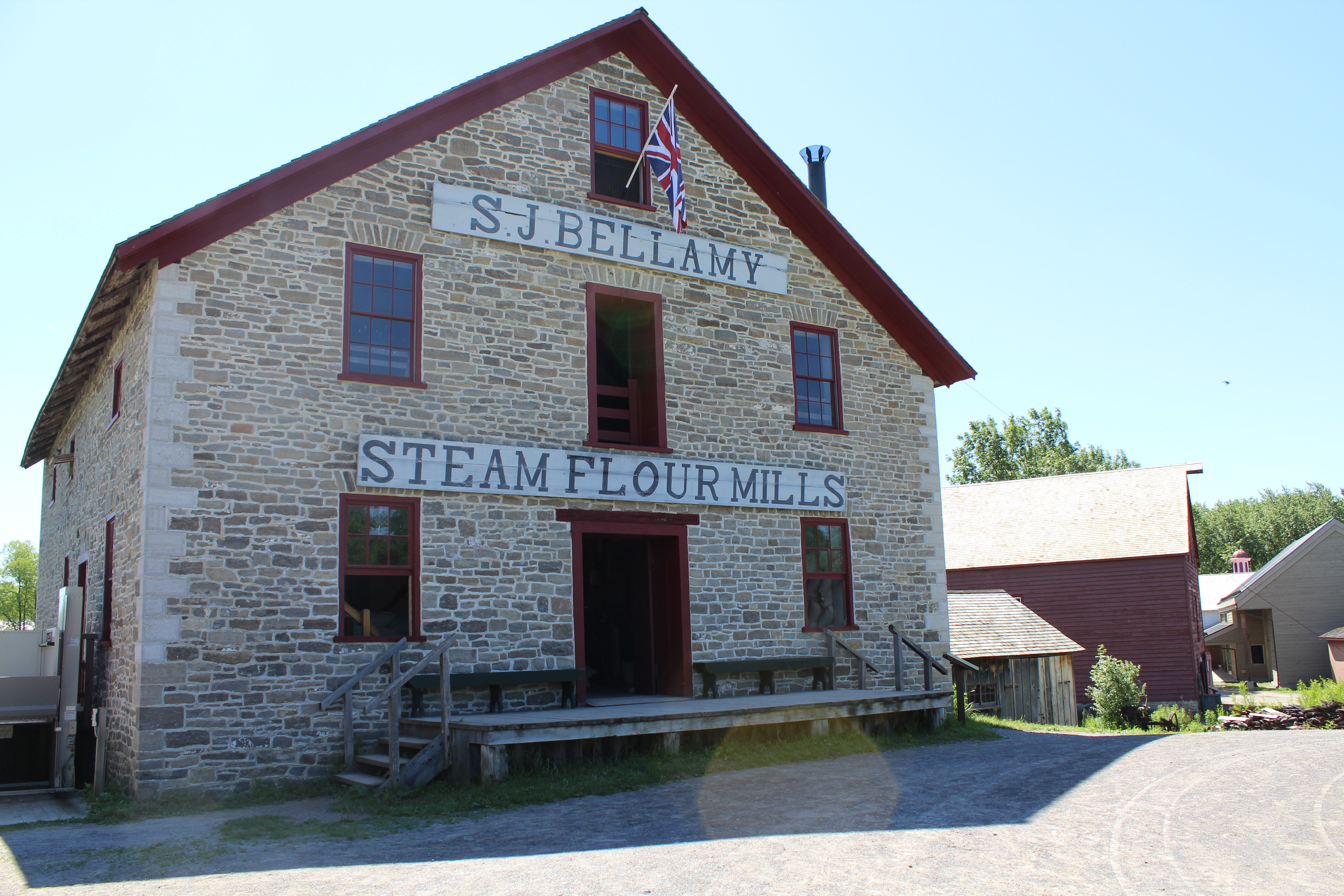 Flour was a very precious staple for our early ancestors in Canada and a flour mill would have been very welcome in any community. The S. J. Bellamy Flour Mill was constructed in Augusta Township in about 1821. Local farmers would bring their wheat to the mill and it would be ground into flour. With barter being more prevalent than cash at that time, the miller would grind the wheat and then keep one twelfth of the flour produced as payment for his work. 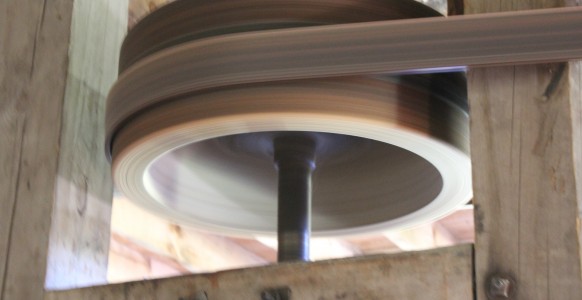 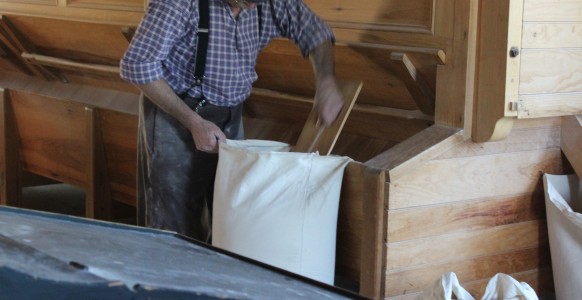 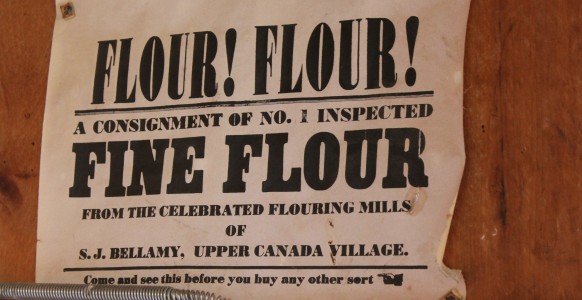 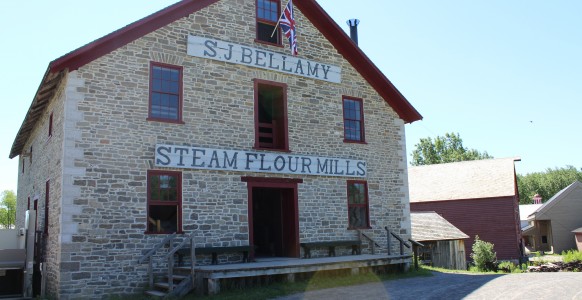 Born about 1788 in Vermont, Samuel came to Canada with his brothers Chauncey and Hiram and the trio built the Bellamy Mill in the township of Augusta.

By 1851, Samuel J Bellamy was a 64 year old farmer and miller in Canada West in Grenville County, Augusta. He was a native of the United States. [1]1851 Canada Census, database on-line and digital images, Ancestry CA www.ancestry.ca : accessed 12 July 2015, Bellamy Family, Year: 1851; Census Place: Augusta, Grenville County, Canada West Ontario; … Continue reading  In what appears to be the same household (although there were no separations between households in the 1851 census to confirm this) are 55 year old Eliza Bellamy, born in Ireland who might be his wife. On the same page are some other Bellamy surnames including Luther H Bellamy, a 20 year old clerk born in Upper Canada, Mary Ann Bellamy who was 17 years old and also a native of Upper Canada. A little further down are John B Bellamy, 29 year old clothier and Margaret Bellamy at age 24, both born in Upper Canada. The building belonging to Samuel was described as “Housing Mill wraught by water, 2 runs of stone, manufacturer 30,000 bu. Grist mill, mostly for custom work. and also 1 saw mill run by water with 1 saw. The grist mill normally employed two, while the sawmill was operated by one man. The building belonging to John Bellamy was a ‘clothing mill by water and carding machine by same. 6000 yards manufactured, 20,000 pounds of wool carded.

In January of 1863, a fire destroyed the inside of the mill and nothing was saved but within three months, the mill was rebuilt better than ever with the addition of steam power to supplement the water power, allowing the mill to function all year around, instead of just for the four months that the water levels in the Rideau River permitted. [2]“Bellamy’s Steam Flour Mill.” Farm Collector. Accessed July 12, 2015. http://bit.ly/1URorvY.

The images below are licensed under Creative Commons. Licensees may copy, distribute, display and perform the work and make derivative works based on it only if they give the author or licensor (Barbara J Starmans, Out of My Tree Genealogy) the credits in the manner specified by these.