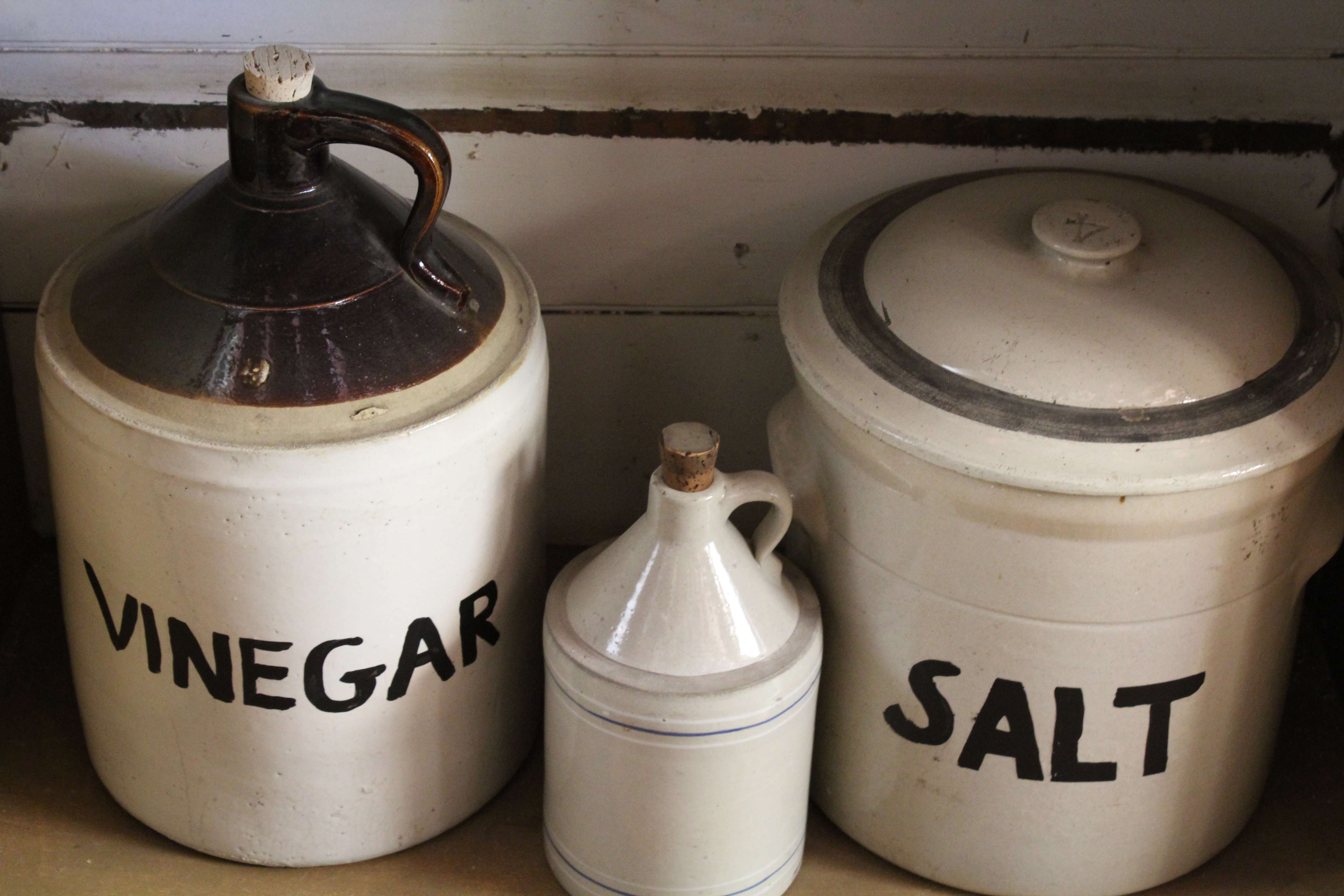 Although early settlers in Upper Canada sought to supply their needs from their own labours and their own land, those living near a settlement often purchased provisions and staples from a general store. Common wares in the general store were loaf sugar, teas, coffee, spices, vinegar, salt, gun powder and spirits such as brandy, sherry or port and many merchants accepted cash or approved credit.

Salt and vinegar were among the staples they might have purchased to use for food preservation.

Salt making dates back thousands of years and was at times used like as a currency because of its value to civilizations. Used not only as a seasoning, but also in food preservation, salt played an important part in our ancestor’s diets. Upper Canada pioneers were given the precious gift of a barrel of salt by Governor Simcoe on arrival since it was often in short supply and in the early days of Canada’s history, it had to be imported at a considerable price. By 1825, near the village of St. Catharine’s in what was then Upper Canada, salt was being manufactured from the salt springs near the village, ensuring that salt would no longer need to be imported from the United States or elsewhere. [1]Howison, John. “Sketches of Upper Canada … to Which Are Added, Practical Details for the Information of Emigrants of Every Class.” Google Books. 1825. Accessed June 14, 2015. … Continue reading. However, it would appear that the manufacture of the St. Catharine’s salt was limited since in his book Hints on Emigration to Upper Canada in 1834, Martin Doyle wrote:

It is to be regretted that the want of capital, or the more tempting investment of it is the purchase of land, has hitherto acted as an obstacle to the manufacture of salt from these springs. Salt is obtained from the United States, and a loss to the Canadian much greater than if produced at his door. If salt were cheaper and on the spot, the catching and curing of lake fish, particularly a species of herring, like the Loughneagh Pullen, which abounds in North America, would more amply repay the fisherman for his time and trouble. [2] Doyle, Martin. “Hints on Emigration to Upper Canada.” Google Books. 1834. Accessed June 14, 2015. http://bit.ly/1L8tIvN.

Vinegar was also used both for taste and for food preservation. Pickling of vegetables or fish allowed them to be kept for some months in a cool and dry place. Without modern conveniences, fish was salted and spiced, placed in a jar, and then vinegar was added to cover. Jars were covered with paper and sealed with flour-paste to keep in the steam. The jar was baked for three hours in the oven and then stored. [3]Smith, Alfred Emanuel, and Francis Walton. “New Outlook.” Google Books. 1879. Accessed June 14, 2015. http://bit.ly/1L8zkGg. Similarly, all manner of fruits, roots, leaves and vegetables were preserved with vinegar and common salt. 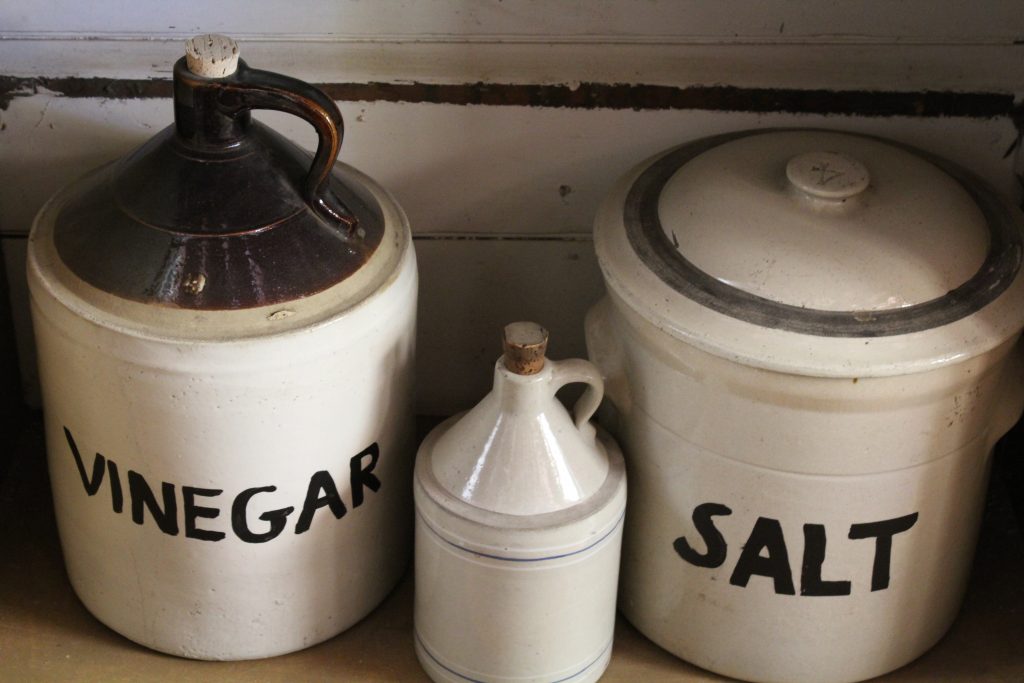