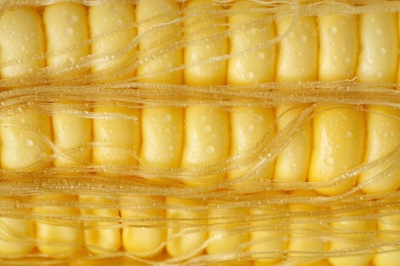 Canada’s Prime Minister Stephen Harper met with European Commission President Jose Manuel Barroso in Brussels to discuss a free-trade deal between Canada and Europe ahead of the G7 summit a few days ago. Was the concept of  free trade born in the twenty-first century? Most assuredly not. On this day, two hundred years ago, the following article appeared in The Hull Packet and Original Weekly Commercial:

A meeting of the lord mayor, aldermen, and livery of the city of London, was held pursuant to requisition, at the Guildhall, on Friday the 27th ult. for ‘the purpose of considering the propriety of presenting a petition to both houses of parliament, against the proposed alternations in the laws relating to the importation of corn, and to devise such measures as may be thought most effectual for preventing such a calamity falling upon the mass of the people of these realms’ ~The Hull Packet and Original Weekly Commercial, Literary and General Advertiser (Hull, England), Tuesday, June 7, 1814

Following the French wars, the English Parliament considered passing legislation that no corn could be imported until domestic corn was priced at 80 shillings per quarter. That many were opposed to the corn laws was evident in the newspapers of the time as seen in this petition by a coalition from Southampton:

Sir, We, the undersigned Freeholders and other Landholders, Tradesmen and Manufacturers of the County of Southampton, perceiving, that, in various parts of the Kingdom, evil-disposed, or misguided, persons are endeavouring to prevail on the Legislature to impose duties on the Importation of Corn, and being convinced, that such a measure would grievously oppress the labouring classes, would be ruinous to Tradesmen and Manufacturers, would in the end by injurious to the Growers of Corn and the Owners of Land themselves, and might possibly disturb the peach of his Majesty’s Dominions, request that you will be pleased to convene a Meeting of the County of a day as little distant as may be convenient, in order to take into consideration and to discuss the propriety of presenting a petition to the two Houses of Parliament, earnestly praying, That no such measure may be adopted, and also praying for a repeal of laws, hostile to our rights and liberties, passed during the late wars, and for a constitutional Reform in the Commons House of Parliament. ~Cobbett’s Weekly Political Register (London, England), Saturday, March 25, 1815

The political economist Thomas Maithus thought that importing corn at lower prices would be bad for the economy, reducing labourers wages and that the falling income of farmers and land owners would cause manufacturers to suffer as well. However, another economist, David Ricardo, argued instead for free trade, believing that this would best support the economy.

When the price of corn fell, the government sided with the theories of Maithus and passed the Corn Laws of 1815.