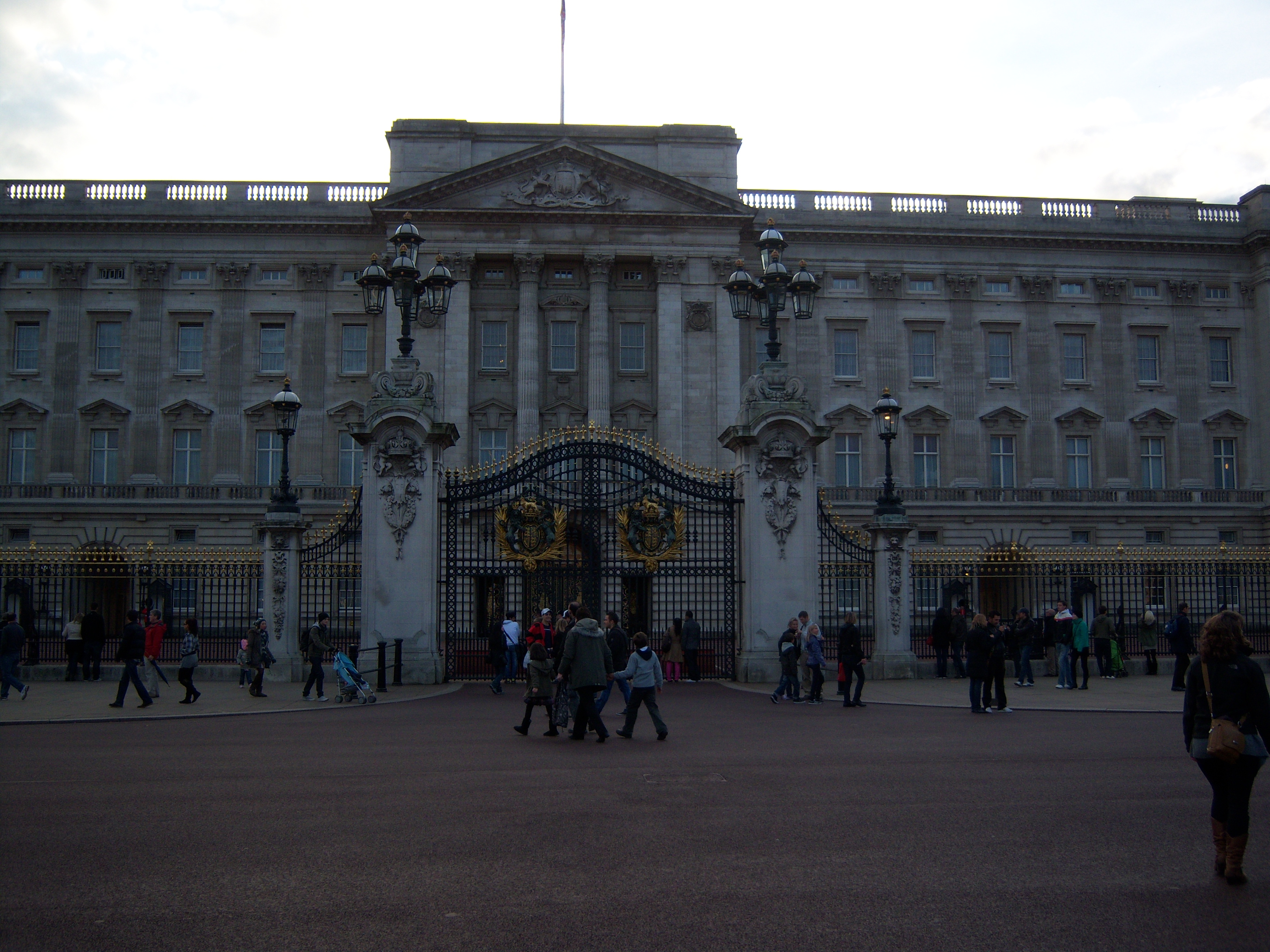 After dropping my stuff in my tiny room, I set off with my maps and guides to see the London sights.  First sight along the way was Westminster Cathedral. 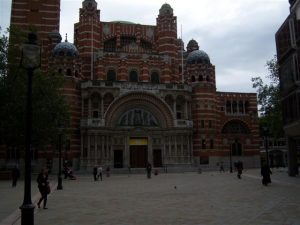 I wandered through, looking at everything (of course, no photographs allowed inside) but couldn’t help preferring the simplicity of All Saints Church back in Ryde.  Westminster Cathedral was just too big and too ornate and just didn’t have the same feeling as the parish church of my ancestors.

Next on the tour was Westminster Abbey. 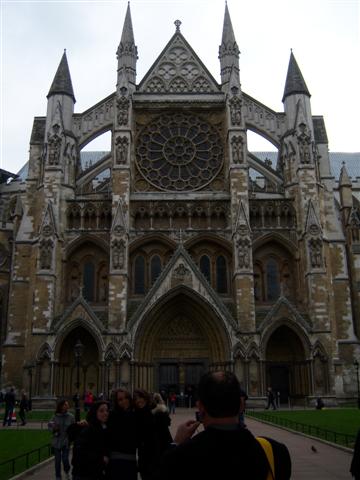 Entry to the Abbey cost £12 and I decided given the minimal amount of time I had to see the sights that I would give it a miss and walked around the gift shop instead.  It was mid afternoon and there were crowds everywhere.  The streets were busy with traffic and crossing them was a challenge.  Cars seemed to come randomly from every direction and pressing the “WALK” button just resulted in a “WAIT” light coming on.  Eventually I figured out which way to look for traffic and just dashed across the street in the gaps like everyone else.  Even if the “WALK” symbol worked, there was barely enough time to make it across the street before it flashed off and look out for the cars if you were still in the street when it did!  Pedestrians have absolutely no rights in London! 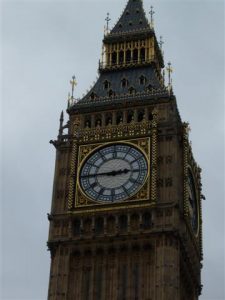 My walk had led me to the Thames and Big Ben, one of the sights I had most wanted to see.  Security was very tight around the perimeter with guards positioned to prevent entry.  I walked out onto the bridge to get a better view of the tower.  As I took a picture, the clock chimed. 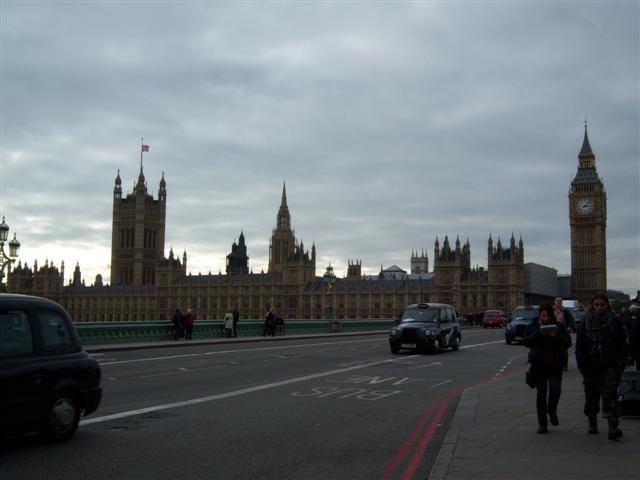 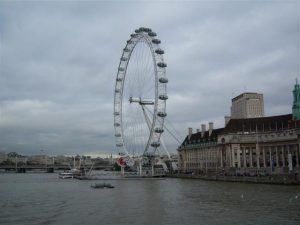 Also from the bridge, I could see the London Eye and again, the crowds were huge.  Looking down the river, I wished that I had time to take one of the river tours that seemed to be departing from below the bridge. 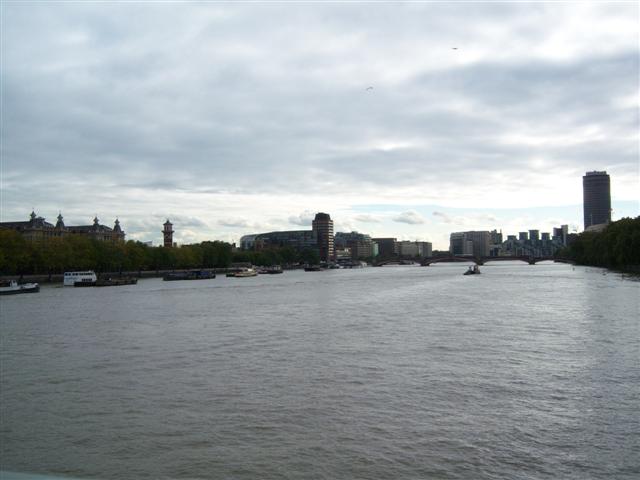 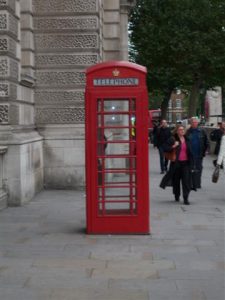 Of course, no photography collection of London is complete without a picture of the familiar red telephone booth!  I notice that some have text message capabilities as well as telephone.  Also an icon of London is the red double-decker buses and as my legs tired, I wished I had a clue which one to take to get back to my hotel.

I decided to wander into a side street in search of a local pub to have a late lunch or early dinner and a glass of wine while I rested up for Buckingham Palace.   I found a likely place and ordered a plate of ham and eggs.  The ham totally covered the plate – these British sure do like their meat!  Not a veggie in sight.  As I relaxed over my meal I pulled out my Kindle to read a while and was soon surrounded by a group of men asking how many books it would hold.

Refreshed after my rest I walked back past my hotel towards Buckingham Palace Road.  I spotted another familiar sight, three policemen walking towards me with their “Bobbi 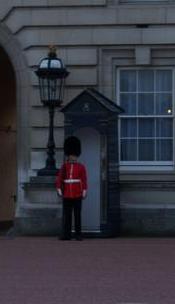 e” hats and was contemplating snapping a picture until I noticed the machine guns slung over their shoulders and then decided to pass on the photo-op!  I stopped at the Buckingham palace gift shop and picked up a few souvenirs including a palace guard Christmas tree ornament.

When I got to the palace, I saw the real thing, just like the ornament, although I wasn’t there at the right time to see the changing of the guard.

Either the Queen wasn’t at home, or she was having her afternoon tea and other than the tourists, not much was going on at the palace so I decided to head back to my shoebox hotel room and prepare for my trip to the National Archives in the morning. 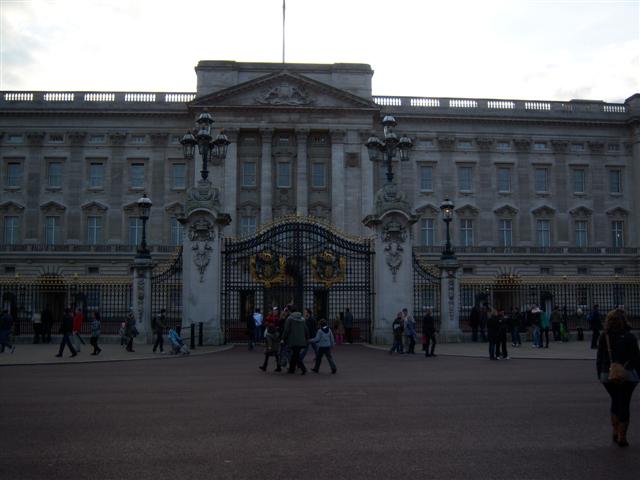