Home MY FAMILY Getting lost with Gramma Brown 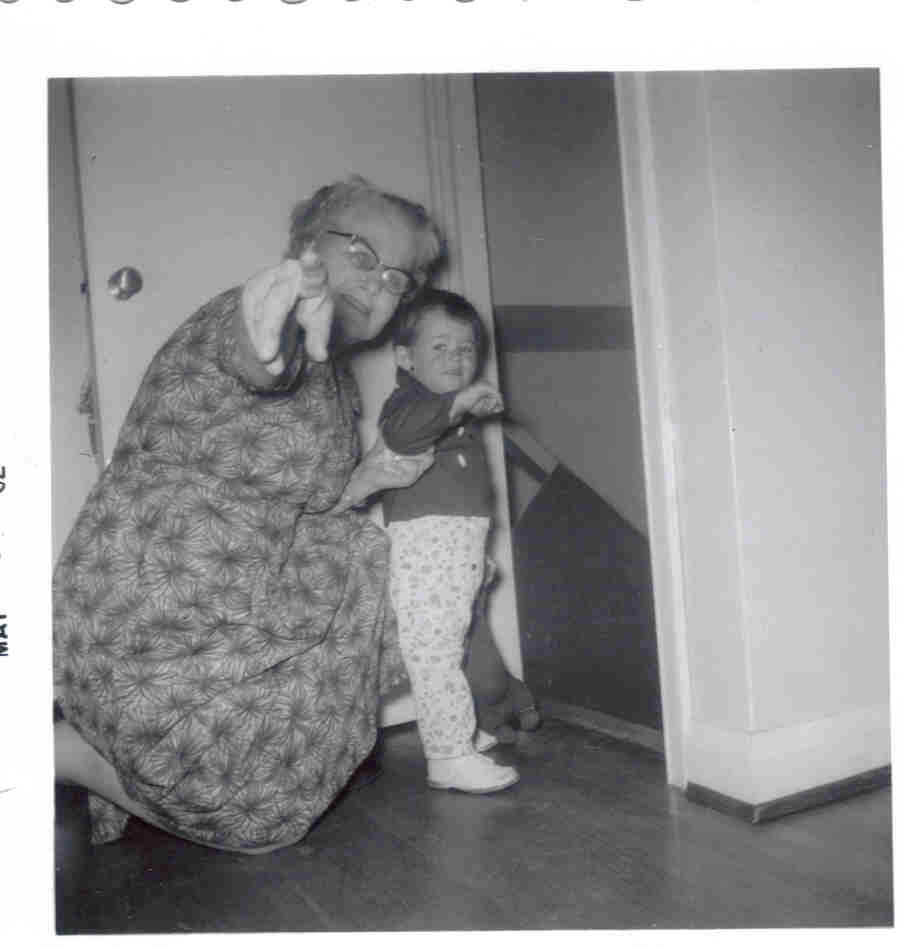 I remember this day back in May of 1962 even though I wasn’t yet two.

Gramma Brown was visiting at our house at 2 Burritt Road; I think she stayed for about a week.  It was mid afternoon one beautiful spring day and Gramma decided that we should go for a walk to the playground several blocks away at the local Buchanan Public School.  We set off alone, walking a route familiar to me since my brother Terry would take me to to the play ground whenever I could talk him into it.

When we got to the school, we entered the grounds and we walked to the back of the field where the play ground equipment was located.  Gramma Brown pushed me on the swing and I think I remember sitting on the teeter-totter. Gramma wouldn’t sit on the other side but made it go up and down by pressing on the seat.

As the afternoon sun grew cooler, Gramma Brown decided we should head for home to help get supper ready but she decided that we should exit the playground through the back exit.  I was not happy with this decision.  This was not the way that my brother Terry took us home and I told her we were going the wrong way.  “It will be fine,” she told me.  “We can get home this way too.” and we started along the unfamiliar sidewalk.

We came to a busy road (which I now realize was Warden Avenue) and crossed it.  “We never cross this road when I come with Terry,” I told her.  “It will be fine,” she told me.  We walked further past the busy road and into the subdivision.  We walked and walked and the sun slipped further down towards the horizon.  Still nothing looked familiar and Gramma Brown finally admitted that we were lost.  As we walked around a quiet cul de sac, she spotted a woman sitting on her front steps and called out to her.  I complained that we should not speak to strangers but she ignored me.

Gramma asked the woman for directions and she explained a few times how to get to Burritt Road but Gramma Brown kept getting confused.  Finally the woman went into her house and came back with her car keys.  “It’s better if I just take you home,” she said.  “It’s not far but it is confusing and there is Warden Avenue to cross.”

We pulled into our driveway finally and my mom came running out of the house.  “I was really starting to get worried and was just about to go looking for you both,” she said and Gramma introduced our rescuer and I think they invited her in for tea but she had to get back home to make her own dinner.

I don’t remember where the woman lived exactly, or even what she looked like, but I’m so glad she was there to help us get home that day!  Gramma Brown told mom that she should have listened to me.  She said that since I wasn’t even two, she thought that I probably didn’t know what I was talking about but I guess she found out that I did!