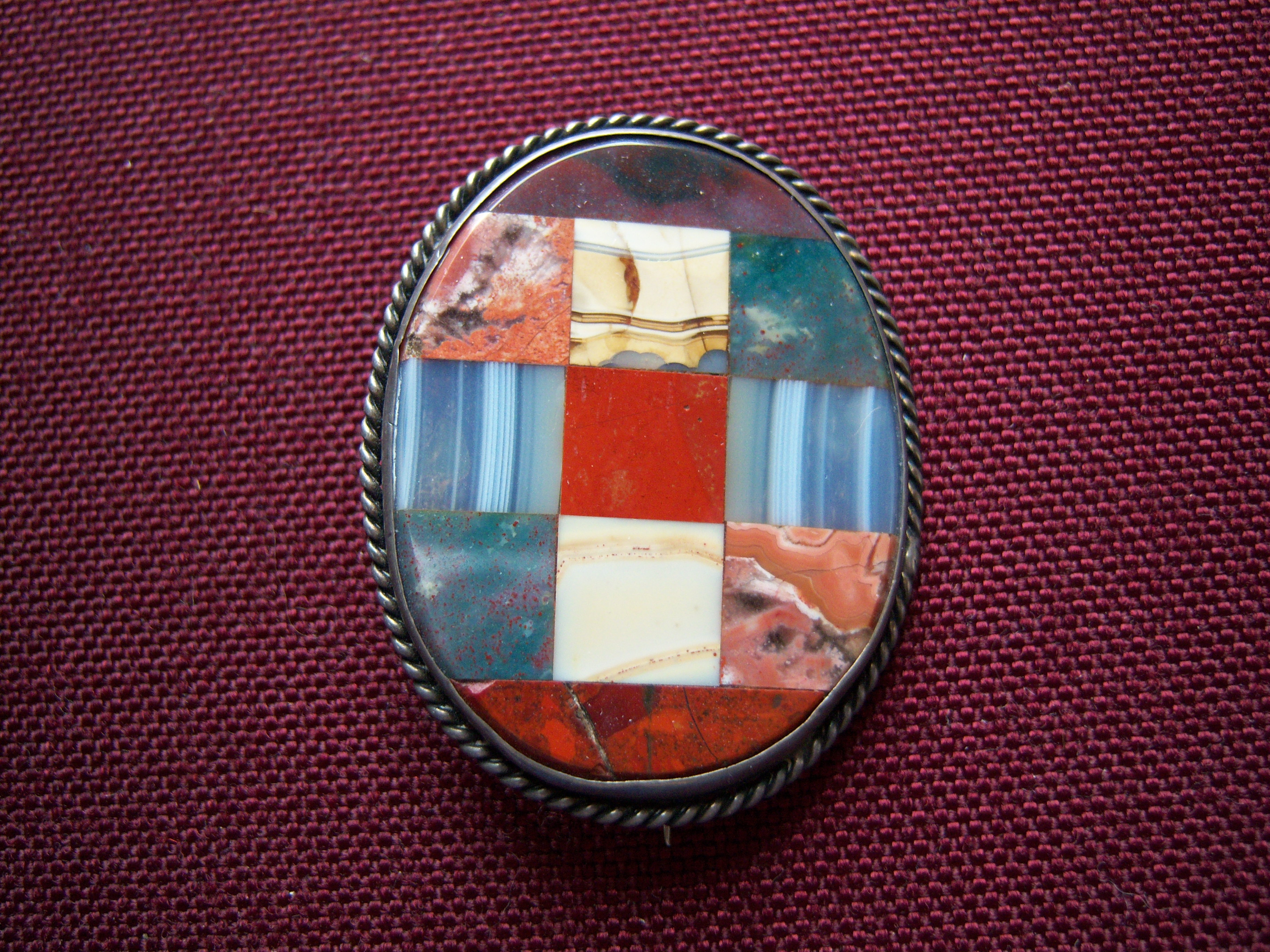 I have this unique plaid pin from my mother who thinks it belonged to her mother’s grandmother which would be Gramma Malkin, nee Marshall.  I took it into an antique jewelry expert to find out more about it.  He said it was a Scottish design from the victorian era.  The band around it is silver and the backing is slate.  The stones are cut and polished agate.

He also looked at some loose coral beads that I have and confirmed that they are real coral.  I told him mom’s story about them originally belonging to a gypsy queen and being sold to her G-Grandma and he said that could have quite likely been the case given the history of coral jewelry.

Neither piece is worth thousands but the family story of how they would pawn them when money got tight seems plausible.