Home MY FAMILY Grinders Appeal to the Public of Sheffield 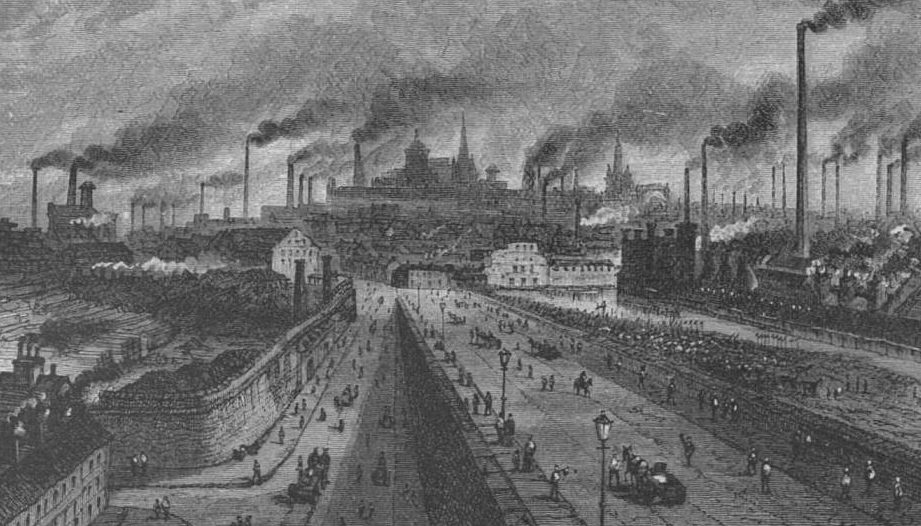 Of the Artisans belonging to the various branches of the Grinding Trade, to the Public of Sheffield and other localities.

Fellow-Townsmen & Gentlemen,–We, the Members belonging to the undersigned Grinding branches, feel it our duty to solicit your kind attention and support to a measure of vast importance, connected with our calling, and which we hope and trust will be brought before the Legislature, and if carried into effect, will have a very beneficial influence upon thousands of our Workmen and their posterity.  The Public of Sheffield, and other opulent towns, (and we may have the Legislature itself,) are acquainted with the destructive tendency of our avocation; the miseries we undergo as a consequence; and the brief duration of our lives.  We are likewise well informed that many of the influential classes of society in the United Kingdom, have often expressed their sympathy towards us, and would gladly give their support to a legislative enactment, which would tend to check the progress of the most formidable evils complained of.  With such kind feelings towards us, it would be the height of insanity on our part, to omit the present opportunity of doing an act of justice to ourselves, in which not only our own welfare, but that of the rising generation is so deeply involved.  In a recent address, which we put forth to our Workmen, we gave our opinion in respect to the measure, or plan, which we have hinted at, and which as for some time occupied the mind of Dr. Holland, whose unwearied efforts in our favour merit our deep and lasting respect.  The plan is as follows: — First, “A better ventilation in Grinding wheels through the medium of an apparatus, called a dust machine;” second, “That no boy or apprentice be put to work at the Grinding trades under 12 years of age:” third, “That all Grinding wheels should be cleaned annually, either by lime washing, or some other process.”  Such then is the outlines of a plan, which, if put into operation by an Act of Parliament, would correct some of the most prominent evils arising from our calling.  We therefore feel it to be our bounden duty, not for ourselves alone, but for those that succeed us, to make use of our best efforts to accomplish the above desirable objects; but we fear that our means, owing to the long depression of trade, which as greatly embarrassed our finds, would be inadequate to the end; unless we have the assistance of a sympathising Public.  We may venture one strong argument in our favour, viz., that the object we are striving to obtain is not one of contentious dispute with our employers about the price of our labour, nor one which tends to encourage political animosity; but one of humanity upon its broadest basis.  It is one in which parties of different grades of thinking may all take the same view of the question, and likewise agree as to the means of carrying it into effect.  it  is not our intention, in the following brief remarks, to enter into minute detail, into our condition and circumstances, and the awful rate of mortality of our workmen, after the able exposition of them by Dr. Holland, in an admirable work of his, entitled, “The Diseases of the Lungs, from Mechanical Causes” – a work which ought to be widely disseminated, but particularly so among those classes of artisans who have for a long time been the objects of his solicitude.  Our intention is, to corroborate the startling facts contained in his production, at some of us have been at no small pains to collect them.  We can, therefore, speak with the greatest confidence as to their accuracy.  It may appear rather singular to a certain portion of the public, that the workmen belonging to some of the most destructive of the grinding branches, such as forks, razors, scissors, and penknives, should be the worst paid for their labour; yet it is, nevertheless, a melancholy fact, as the work in question clearly indicates.  The system of putting boys to work at the tender age of seven, eight, and nine years of age, has been the principal cause of the great impetus given to the productive dower.  But this is only one of the numerous train of evils.  Owing to the working of such a system, it encourages the most demoralizing habits on the part of the parents, or employers of such children, of which dissipation, generally speaking, is the result.  In such cases, the children thus employed, neither receive education, nor even decent apparel, and what is still worse, not even a sufficient quantity of food, their employers feeling an interest in their well-being only for the quantity of work they can execute, not even bestowing any pains whatever to improve their minds in respect of quality; thus, a puny and degenerate race, stunted in their growth and intellects, is the result of such a system.  Early marriages are contracted by the above miserable beings; a puny race is the consequence; the fathers of such a race, after a brief career of misery and misfortune, close their lives at a very premature age, leaving their wives and children to the mercy of the wide world, and causing a further augmentation to the burdens of the rate payers.  We may further add, that the system has been mainly instrumental in producing the spurious and trashy articles so much to our discredit as a manufacturing gown, and which has inflicted no small injury on its trade generally.

Our concluding remarks will apply to the importance of a better ventilation of Grinding wheels.  It must be extremely painful to any contemplative mind, to notice the frightful mortality amongst the needle, fork, razor, scissor and pen blade grinders.  What can the philanthropist think of a useful class of artisans, the needle grinders, for instance, who, after commencing that most destructive occupation, are killed by it in a dozen years, although their hours of labour, at the above business, do not exceed six hours per day?  In respect to the fork grinders, the mortality amongst them, in little more than 20 years has been 81; yet during the far greater part of the said period, the number of their workmen was considerably below 100.  The mortality amongst the razor grinders, in the space of 20 years, has been 182, yet the number of their workmen, during a considerable portion of the said period, was greatly below 200.  Similar results can be produced from the statistics of the scissor and pen blade grinders, all tending to prove the inefficiency of ventilation, so necessary to the prolongation of life.  The above remarks are partly taken from the above-mentioned excellent work, where they are put forth in stronger language than we can make use of; but our own experience and observation, as well as the pains we have taken to ascertain facts, convince us of their correctness.  We shall now conclude the address with a hope, that the expression of our humble opinions, in our simple and unrefined style, will not be without its proper effect.  Should they, however, be the reverse of our anticipations, we shall still enjoy the conscious satisfaction that we have endeavoured to discharge our duty to the best of our ability.

PS–As an opinion might be entertained by a portion of the Public, that the children who are employed in factories at a very tender age, and those employed in Grinding wheels, have similar bearing, and therefore, ought not to be interfered with, we beg to state that the parents or guardians of children employed in factories have an immediate interest in them; but this is not the case with children of a tender age, who are set to work in Grinding wheels, as a considerable time must elapse before they can be in any way useful; but one thing is certain, they are more liable to catch the seeds of that direful complaint, so destructive to Grinders at such a tender age, (as all medical men will testify) than at a later period.