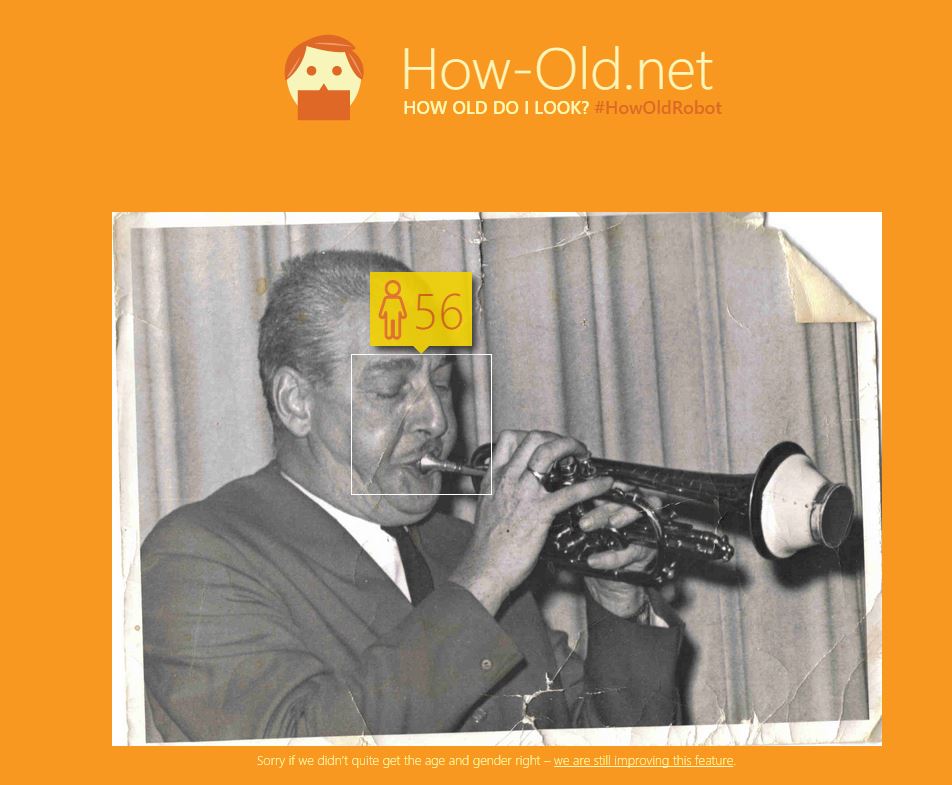 How-Old.net is a demo that was built for the day 2 keynote of Microsoft’s Build2015 developer conference that showcases building apps using Azure services. According to the website:

Using our newly released Face detection API’s we set up an age guessing website called http://how-old.net on Azure. This page lets users upload a picture and have the API predict the age and gender of any faces recognized in that picture. Now, while the API is reasonably good at locating the faces and identifying gender it isn’t particularly accurate with age, but it’s often good for a laugh and users have fun with it. We sent email to a group of several hundred within Microsoft asking them to try the page for a few minutes and give us feedback – optimistically hoping for a few tens of people to try it out and generate some usage data to test the demo….Within hours, over 210,000 images had been submitted and we had 35000 users from all over the world (about 29k of them from Turkey, as it turned out – apparently there were a bunch of tweets from Turkey mentioning this page).

When I read about this website this morning, I immediately thought about my old family photographs. How accurate could this application be? Could it help pin down the approximate year that one of my photographs was taken by estimating the age of the subject? I first tried it on my own photograph that is already online. The result on the left was very flattering (OK, it’s a older picture of me but not that old – I’m about 45 years old in this picture, not 23! But thanks guys, I will take 23 years old and run with it, before you change your mind!). 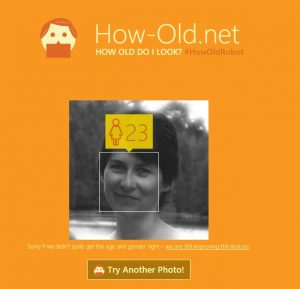 Next I tried it with some other family photographs and the results were still pretty far off. The photograph below is the only one I have of the four generations of the women in our family and is pretty easy to date. My daughter, the baby, was born in August 1978, and my Nana on the left died in February of 1979 at the age of 81 so considering the Christmas corsage that my Nana is wearing, it must have been taken in December 1978. Doing the math, that would mean: 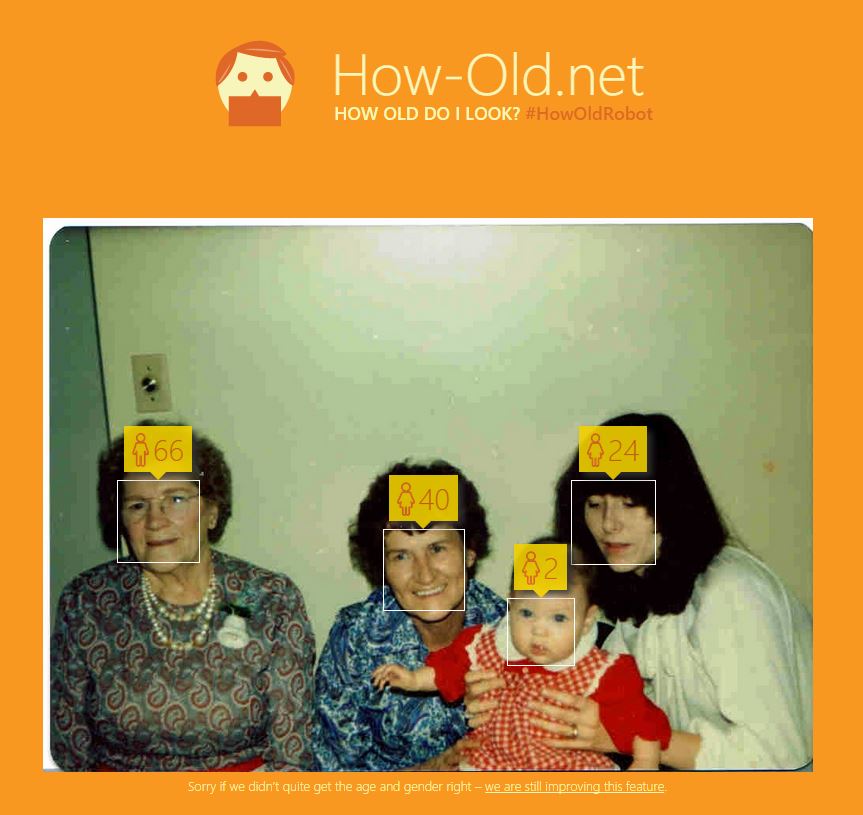 Still, the fact that this technology is even being developed is pretty amazing and it can only get better with time. I look forward to when I can upload all of my old family photographs, and have an instant report on where and when the photographs were taken, who the people are that are in them, and how old they were at the time. You can read more about the project behind this website here.