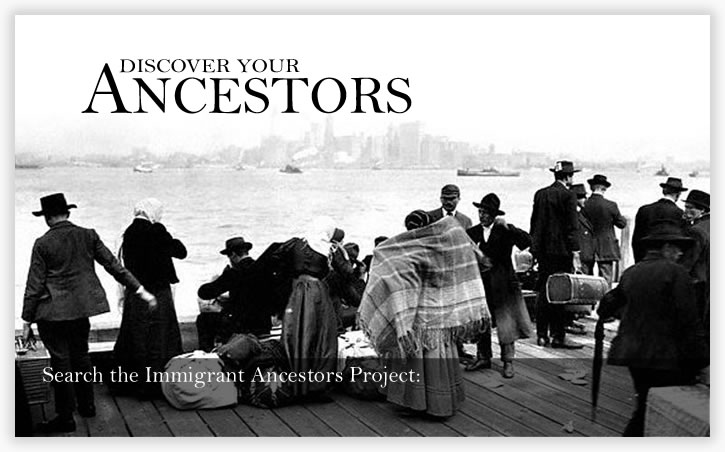 This morning, I discovered a website called the Immigrant Ancestors Project.

The Immigrant Ancestors Project, sponsored by the Center for Family History and Genealogy at Brigham Young University, uses emigration registers to locate information about the birthplaces of immigrants in their native countries, which is not found in the port registers and naturalization documents in the destination countries. Volunteers working with scholars and researchers at Brigham Young University are creating a database of millions of immigrants based on these emigration registers.

Finding an ancestor in the database seems like it would be a lucky dip. None of the searches I made for my immigrant ancestors turned up trumps but if I were a descendant of Sarah Cherry, I would have been excited to learn that she left Whitehaven, Cumberland as an indentured servant at the age of twenty-two, bound for Virginia aboard the Mary St. Ann under the command of Joseph Bell in 1775.

And had I been searching for John Fitzpatrick, a private with the 88th Foot, I would have been excited to find an entry from the WO23 collection at the National Archives that described his reasons for wanting to remain in Hobart Town, Tasmania. Having spent two years and three months in the East and six years in the East Indies, Fitzpatrick was disabled, the result of a wound in the dorsal region from a fall while in the act of charging the enemy at Pandoo Nunddee near Cawnpore during the Mutiny.