Home MY FAMILY Most Wanted An Irish Family Left Behind? 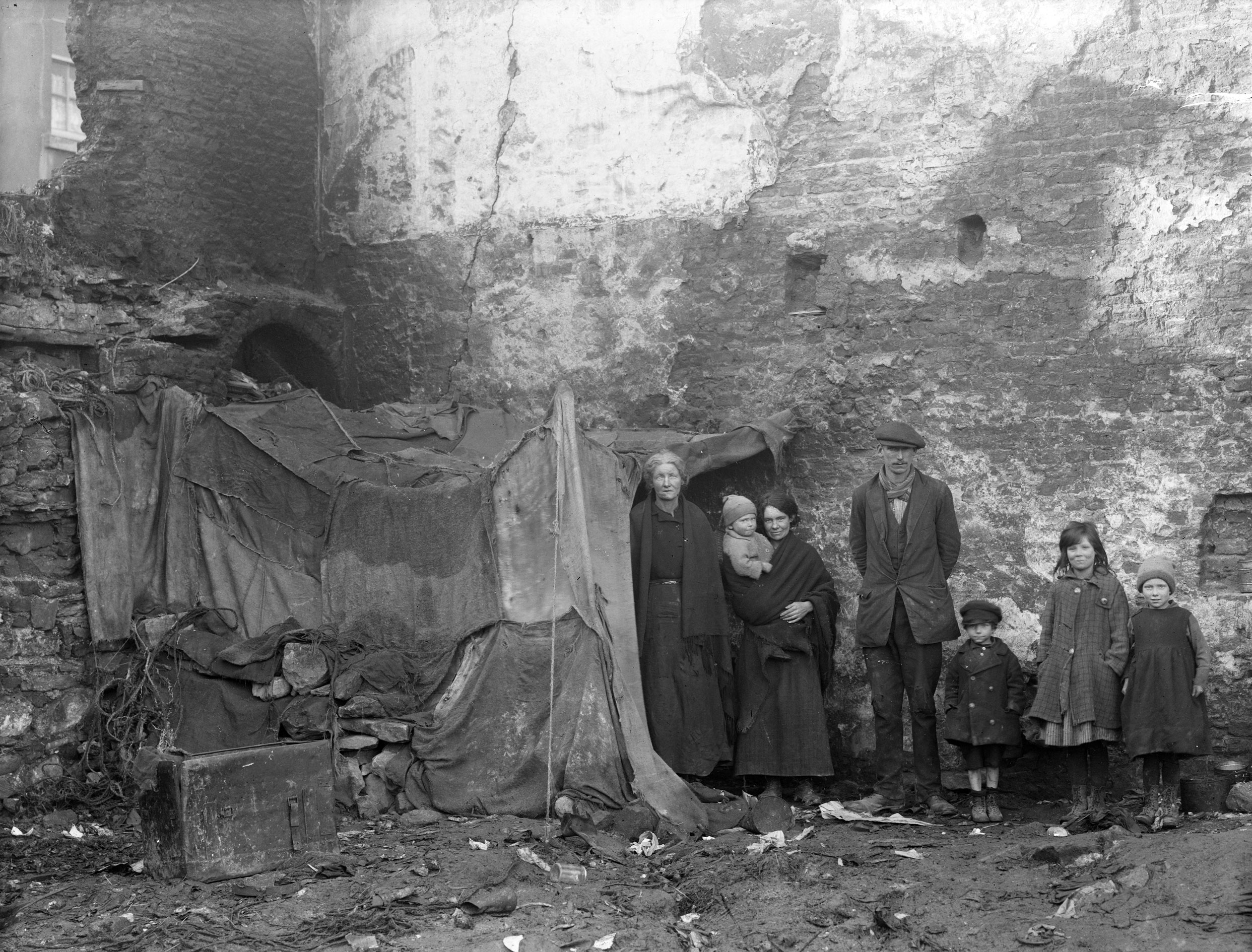 In my last post, I wrote about a breakthrough in my research surrounding my great-grandmother Jessie and a new Mystery in Montreal I have to solve and I’m definitely making some progress thanks to some of the comments I’ve received so thank you to everyone who pitched in with clues both on this blog and on Facebook!

The Story So Far

Jessie came to Canada with her three children and a man by the name of Timothy [O]Sullivan aka Timothy O’Hare, as part of a group sponsored by the Self-Help Emigration Society in April of 1894. The ship’s passenger list shows their surname as O’Sullivan. They had a child together in November 1895 who was baptized as William Cecil Sullivan in November 1895 presumably at the Protestant House of Industry and Refuge.  Jessie and Timothy married at Saint Patrick’s Church in January 1896 using the surname O’Hare and then baptized William again as William Timothy O’Hare at St Patrick’s Church in February 1896. They had a second child in May of 1899 who was baptized as Mary Jessie O’Hare at Saint Patrick in May 1899 and then again as Mary Jessie Sullivan at St George’s Church in June 1899. When little Mary died in January of 1901, she was buried at Basilique Notre-Dame as Mary Sullivan. In 1901, when the family was enumerated, they gave their last name as Sullivan and it would appear that all City Directory listings in the intervening years are also as Sullivan.

So of course, my question is why? Why is this family running around with two different surnames? Some possible theories given:

Thanks to a comment by Jackie Corrigan I was able to locate a readable copy of Jessie and Timothy’s marriage record. It would appear that Timothy is a widower. That seemed like a good clue to follow.

The challenge was that it took me to Ireland, not somewhere I’ve researched before. But I managed to find some resources including Ancestry, Find My Past, Family Search, RootsIreland (great resource, worth the money!) and the Catholic Parish Registers at the NLI (free!).

The Irish Family Left Behind

Timothy O’HARE was born before 6 Mar 1853 in Waterford City, Waterford, Ireland and was baptised on 6 Mar 1853 at St. Patrick’s. Timothy appears to have lost his father at an early age and was quite well known to the police in Waterford City where he was arrested frequently for drunkenness and assault, usually both at the same time. (Research in newspapers continues – there are many court appearances to go through). On at least one such occasion, Timothy was imprisoned for assault on the police in June 1889 at the age of 36 in Waterford City. On another occasion in 1890, he tried to turn the tables, saying he was assaulted by another man, but with his record, the charge was quickly thrown out of court.

Timothy O’Hare, labourer, summoned John Dunne, same employment, for having threatened and assaulted him on board of the steamer Reginald on the 23rd June. Mr Thornton prosecuted; Mr S G Allingham defended, Mr Thornton said that the case arose out of the recent dispute among the quay porters. The complainant tried to earn honest penny, and because he worked during the strike, he was set on and badly treated by the defendant. Complainant deposed : I was working on the 23rd of June on the Reginald. James Dunne was there also; I was putting bacon In the hold when Dunne came up and called me offensive name ; he said would do for me and the other men who were like me; he threatened to throw bale of bacon on my neck; and said he would not work In the ship with or the other men who were working during the strike; he gave me a clout on the neck, and gave me several drives; I defended myself well as I could, but I did not want to fight him ; I went on shore to report the matter to Downey ; the defendant said would not work on the same ship with me; he said that to the stevedore ; I have a wife and five children, and only wanted to earn an honest penny; the defendant is the only man who ever interfered with me; have been out of work since 23 June. Cross-examined by Mr Allingham : I was in jail; sentenced to three months, but only stopped there eleven days, because I was delicate; I am a strong man now, and can do work as well as any other man. Flynn, the stevedore, complained of me; on the 23rd June Mr Downey told me I could not smoke on board ; I then went ashore. James Smith, porter employed on the Reginald on the same date, said that O’Hare was drank and incompetent on the 23rd June, and was unable to work ; he was quarrelling with every one and wanted to fight; Dunne tried to avoid him, and spoke to him about the careless way he carried the bacon; O’Hare would not put the bacon in tiers. Cross-examined : I saw no assault committed on O’Hare; I could have piled up the bacon without assistance;  I saw Dunne pushing O’Hare aside, but that was all; I was on strike. Is it not because this man worked during the strike that yon don’t like him there?  I would rather not have him there, he is so troublesome and quarrelsome. Mr Allingham will now ask Sergeant Connelly to read the records against the complainant the first chapter of O’Hare (laughter). The complainant: I object to that (laughter). The Mayor announced that was not necessary, the court would dismiss the case.Waterford Standard - Saturday 05 July 1890

And sometimes, Timothy got away with being drunk, like in this case from October 1890:

Timothy O’Hare pleaded guilty having been drunk under the following circumstances:–  At a quarter to 8 o’clock on Monday night he came to the barrack. Lady lane, and complained that woman had assaulted him by throwing stones him. He was drunk at the time, and gave a great deal of Impudence. Ultimately, he had to be arrested, and placed the lock-up. Mr Ryan (to Constable Tees, who prosecuted): You thought it best to put him there? Constable Tees: Yes; he was in that condition that” he was not safe to be at large. Mr Ryan: Is he known? Sergeant Connolly: In June 1889, he was sentenced to two months’ imprisonment for assaulting the police. Prisoner: That’s not so; it was June twelve months. Ryan: he says—June 1889. Don’t be afraid, you will get credit for everything you have done (laughter). Prisoner explained that he had not been up for long time, and would not again trouble the court if let off. Mr Ryan said would take him at his word, and give him chance. The prisoner was then discharged.Waterford Standard - Wednesday 01 October 1890

Timothy and Bridget had the following children:

Timothy’s wife Bridget died of congestion of lungs certified on 11 Feb 1890 at the age of 36 at Workhouse Hospital in Waterford City, leaving him with a number of small children to look after. According to one of the newspaper articles, they numbered five, but I can only find a burial/death record for one of the eight children so far. Regardless, Timothy needed to find another wife and quickly. The one he chose turned out to be a popular visitor in the police court as well, as we can see from the article below.

Timothy O’HARE and Ellen WRIGHT were married on 2 May 1890 at St. Patrick’s in Waterford City, Waterford, Ireland. Ellen WRIGHT, daughter of James WRIGHT and Mary QUIN, was born (date unknown).

LARCENY BLANKETS AND A SHAWL. Ellen O’Hare, married woman, was charged in the custody of Sergeant Montgomery with having stolen two blankets and a shawl, the property of Patrick Walsh, lodging house keeper, Patrick St. Sergeant Montgomery swore that from information received he arrested the prisoner. It appeared that prisoner and her husband went to live with Mrs Walsh, and failing to pay her rent was noticed to leave. After she left two blankets and shawl were missed ; witness traced out the prisoner, and subsequently discovered the stolen goods in city pawn offices. Mrs Walsh deposed that she missed the articles after prisoner and her husband left. Sergeant Montgomery—l have the pawnbrokers’ assistants here. Slattery—Perhaps, it is not necessary. Prisoner—l am guilty. Sergeant Connelly— She is the wife of Timothy O’Hare, and has been once here before. Mr Slattery (to prisoner)—You will have to go to jail for one month. Sergeant Montgomery—Will the goods be given back to Mrs Walsh? Mr Slattery—Certainly A pawnbroker’s assistant asked for his expenses. Sergeant Montgomery—These articles were pawned in three different houses, and the owners of them invariably gave great assistance the police. Slattery—Then we will allow them their expenses.Waterford Standard - Saturday 14 March 1891

Timothy and Ellen had the following child:

I still don’t know why or how Timothy ended up with Jessie on a boat to Canada, but it would appear that he left quite a few children and quite likely a wife behind in Waterford, Ireland. (I’m still searching for a record of Ellen’s death.)

This seems like a pretty good reason to take an assumed name to me.