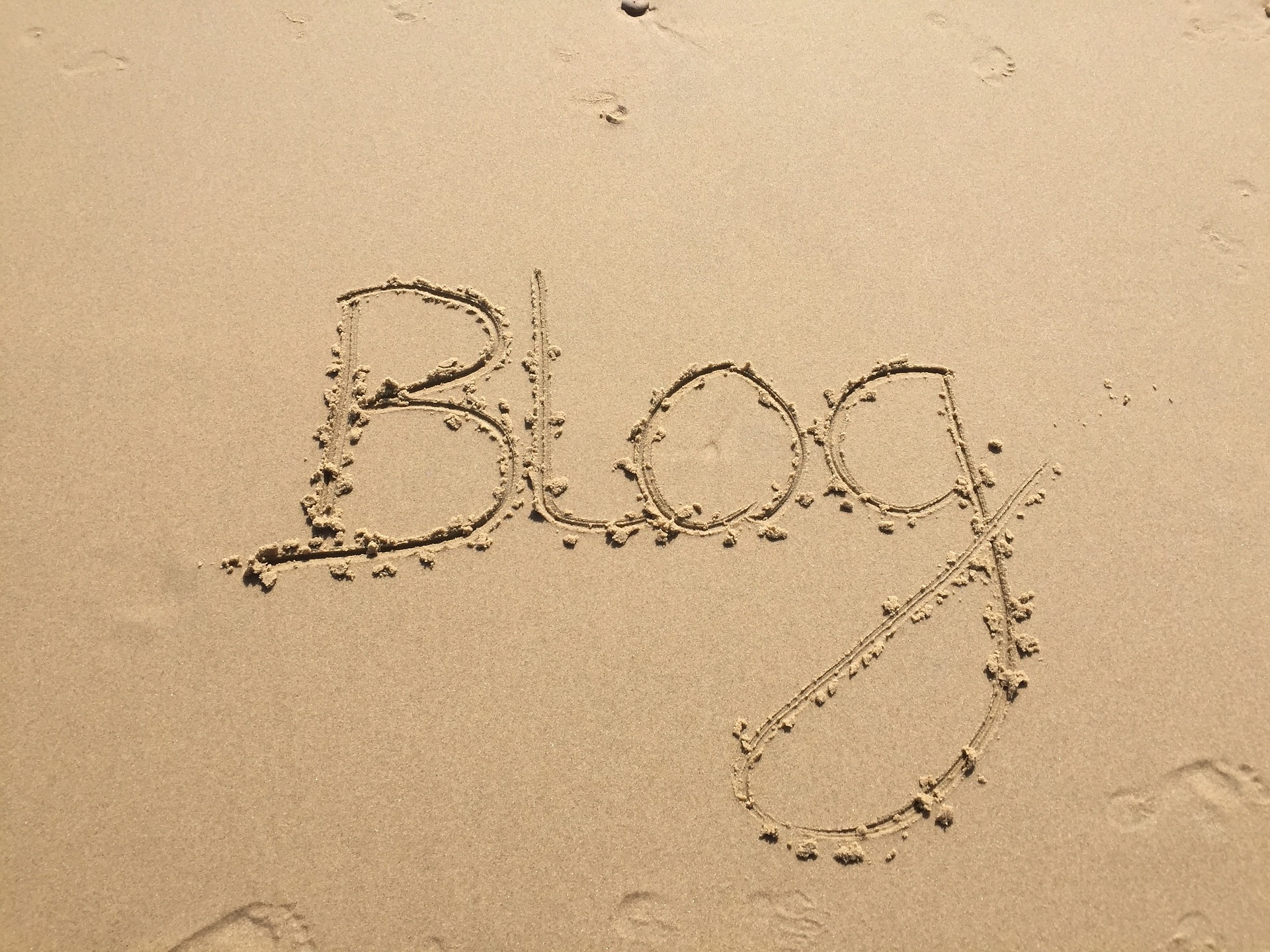 Last November, I read a blog post by James Tanner over at Genealogy’s Star asking What is the future of genealogical blogs? I didn’t comment on his post at the time, but I’ve been pondering his question off and on over the last few months.

If genealogical blogging had a Golden Age, in my opinion, that Golden Age has now over. ~James Tanner, Genealogy’s Star
In his post, James expressed his opinion that the rise of commercial blogging and the popularity of social media sites such as Facebook will eventually overpower the genealogical blogging community that we are all a part of.  Over the last months as I’ve written various articles for this blog and for my longform website The Social Historian and as I follow the blogs of others in Feedly, through newsletters, and through Facebook, I’ve decided that I do not agree with his prediction, but rather I think that the blogging landscape is simply evolving and growing with new tools and mediums and ways for sharing our content. 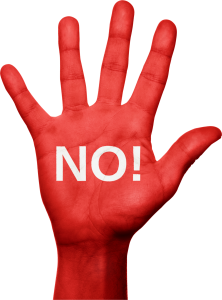 So is blogging dying?

The genealogy community has always been an open, sharing, generous community.

We all want to share our research, our goals and our methodologies both to help each other and to receive encouragement from community as we travel our own genealogical journeys in the quest to uncover our ancestors’ stories and I don’t think that is going to change anytime soon. What is changing though is the number of ways that we can follow the latest updates from our fellow bloggers. I’ve been reading genealogy blogs since they first started appearing around the web but the way in which I kept myself up to date slowly changed over the years.

We just have more choices in how to follow our favourite blogs. Here are a few to consider.

In the earliest days, many of us used to subscribe to blogs via email. We would signup to receive an email every time a new post was published and like magic, it would appear in our inbox. From my own blogs, I can see that some readers still want to receive an email when I publish a post but for me, there is already too much email to deal with and I find it difficult to sort through what needs to be actioned now (think the hydro bill) and what can be saved until later to read at my leisure.

The total number of worldwide email accounts is expected to increase from 3.3 billion accounts in 2012 to over 4.3 billion accounts by year-end 2016. This represents an average annual growth rate of 6% over the next four years.The Radicati Group, Inc. A Technology Market Research Firm

At last count, I think I receive in the neighbourhood of 600 emails a day between my work life, my freelancing life and my home life so these days, I don’t subscribe to any blogs this way but I think lots of people still do, perhaps with an alternative email address created specifically for the purpose.

Back in the early days, when my blogs were WordPress.com rather than self hosted, I sometimes followed the blogs of others through the dashboard reader interface. I no longer have The Social Historian even connected to WordPress.com because Jetpack was giving me grief but I see there are a couple of people who follow Out of My Tree Genealogy News through that method and it can make things easy if you use WordPress.com you’re always logging into your blog. Blogger has a similar feature for following other Blogger sites I believe.

Since the demise of Google Reader, there have been many contenders for the title of THE best substitute reader. I’m currently using Feedly, the service that has probably grown to be the most popular of the RSS readers and is available in your browser, on Android and on iOS. There are others though, including Inoreader, The Old Reader, and NewsBlur, among countless more, and I’m sure everyone has their own favourite.

While I do use Feedly regularly to follow many genealogy blogs, I find though that as time goes by, I’m using Feedly more sporadically for other types of content. I find myself flipping past article after article that doesn’t interest me or that doesn’t show me enough to know whether I’m interested or not (My pet peeve is when the feed shows only a title and an image, forcing me to click through to their site to find out what the article is actually about.) When I read with Feedly, I use it almost exclusively on my phone or my tablet, hardly ever in my browser. I do like that it makes it easy to share posts I’ve found interesting or to clip them into Evernote for future reference and I find it the best tool to keep up with fellow family history researchers and bloggers for me, at least today.

Some blogs that I follow, especially those about blogging and WordPress, offer weekly emailed newsletters with both curated content from their blog and bonus content not found on their website. I find I’m liking that option for this type of blog because it gives me a whole organized list of content, generally with titles, images and a snippet with an option to read more if I want to. This is different than getting each post emailed to me because it is curated and visually organized in a way that I can consume it quickly.

I publish two of my own newsletters now; one for The Social Historian’s weekly article where I also share Social History resources, and another, recently launched, for genealogy bloggers interested in WordPress self hosted websites which is more sporadic. I use Mail Chimp to create my newsletters because it is easy to use and because it is free.

At the time of writing, I have 99 subscribers over on The Social Historian so if you hurry, you can be the 100th subscriber.

My WordPress for Genealogists Newsletter is pretty recent, less than four months old, but already I have almost 40 subscribers, proving, I suppose, that blogging is not dying but growing by leaps and bounds.

More and more, I notice that genealogy bloggers are creating Facebook pages and I follow a number of them there and also belong to several Facebook groups where multiple bloggers share content about different areas of the genealogy experience. I have my own Facebook page for The Social Historian and there are 94 people who have liked my page, many of whom respond and share my posts both from my own website and from other content I’ve found and shared on my page. This week, 1,867 people have seen something I’ve written or posted to The Social Historian page.

My Facebook page for Out of My Tree Genealogy News has only 39 likes and my posts reached only 122 readers this week so perhaps there are more historians than genealogists using Facebook or maybe people haven’t found me yet, but I share my posts there anyway for those who prefer to follow that way.

I only have one twitter account and I use it to tweet about posts from both Out of My Tree Genealogy News and The Social Historian. I have just over 400 followers there and apparently my tweets ‘earned 3,250 impressions’ over the last 28 days but I don’t see much website traffic coming from Twitter. I personally use it primarily for following breaking news events, rather than for following people’s blogs but some people do follow it and so I share my posts and newsletters for them.

I’ve just started sharing images and content from The Social Historian over on Pinterest in the past week but already I’ve found some fascinating content from other users and a few people have found me there.

There are other places, both old and new, where people share content. I have a magazine for The Social Historian over on Flipboard and I’ve recently discovered Blab, a beta live streaming service that is similar to, but slightly different from Google hangouts that I might check out.

I certainly don’t think that blogging is going the way of the dinosaurs. I think that people want to read good and interesting content but that they will continue to want more choices on just how they will do it.

If you are a genealogy blogger in today’s world, keep writing great posts on your blog and make sure you share them everywhere so however readers choose to follow along, they can do so easily.

We all have our preferred ways to follow so don’t think we aren’t reading your posts just because we don’t follow you the same way that you follow us.

What do you think?