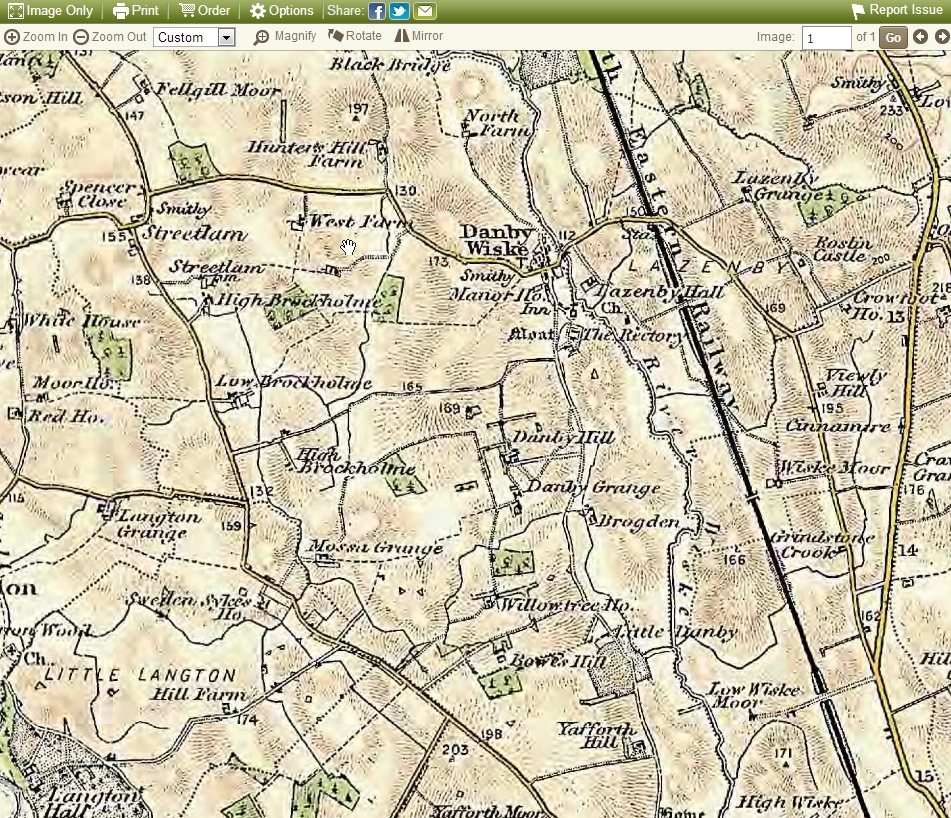 In the late 1700’s during the French Revolution, the Government of England, fearing invasion,  instructed the Board of Ordnance (the defense ministry) to complete the survey work necessary to map the South Coast of England to aid in planning her defenses. Over the years, mapping of the entire country has been carried out in greater and lesser detail and has produced several series of historical maps of interest to genealogists with British ancestors.

Ancestry UK has released a new database containing the Revised New Series Maps, 1896-1904.  The maps are searchable by County or Borough and further by more detailed place names. Resolution of the maps is excellent and each image can be downloaded and saved to your computer. Ancestry describes their new collection:

These detailed maps cover much of Britain and include features such as forests, mountains, larger farms, roads, railroads, towns, and more to help you better understand and even visualize the world your ancestor lived in. The country was mapped from south to north, so dates for the maps get later as they go further north.

While browsing this new map collection, I noticed that Ancestry actually has a large map, atlas and gazetteer selection, not something that I would have associated with Ancestry. Some of these collections contain browse-able images only. All can be accessed through the card catalogue. Sorted by number of records, the Ancestry UK Maps, Atlases and Gazetteers section contains: