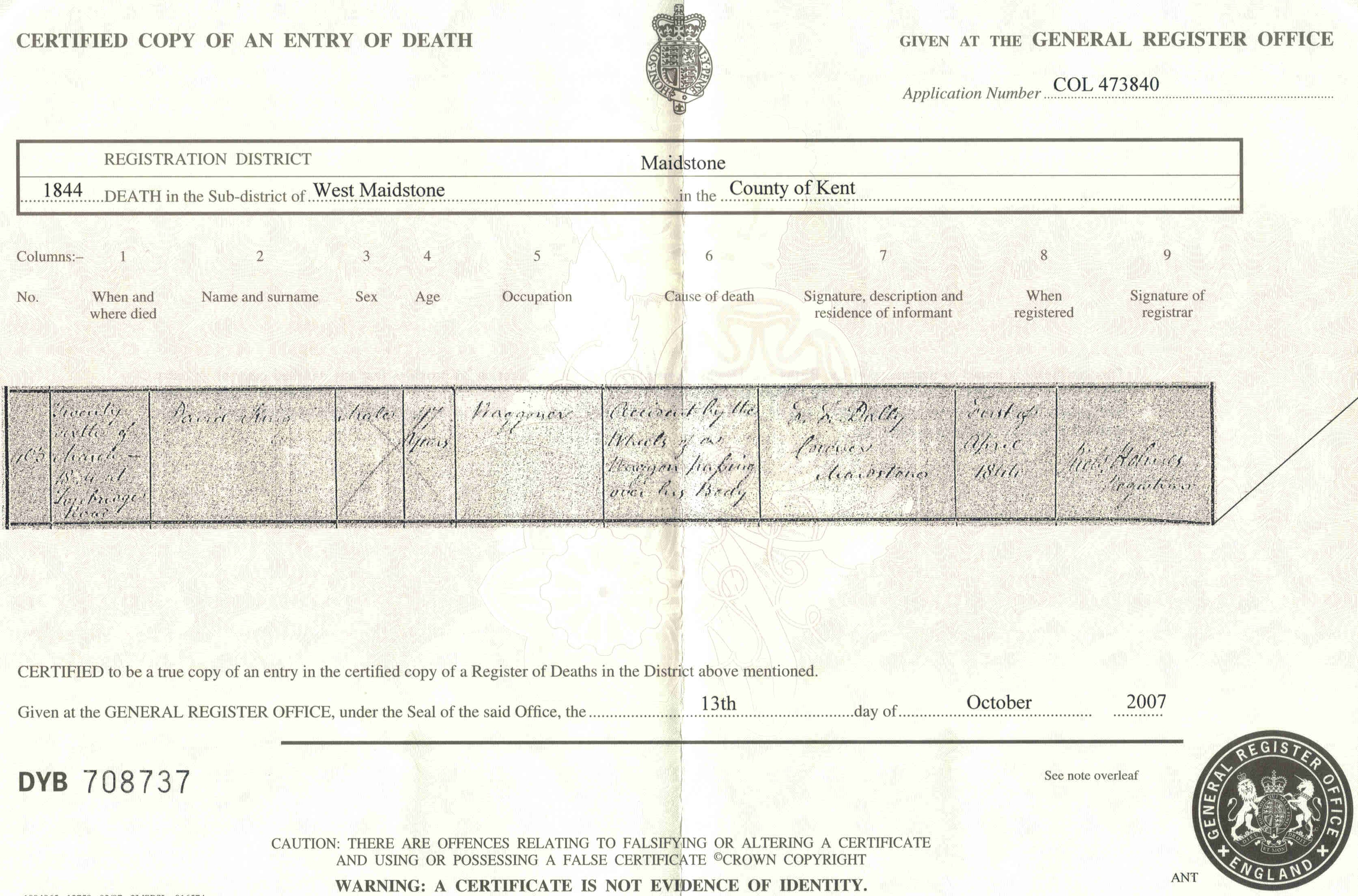 Mary Ann King was baptized on the sixth March in 1836 in Teston, Kent and was only 8 years old when her father, David King, was accidentally run over by a wagon on the 26th of March in 1844.  Her mother, Martha King, nee Russel, died not long after on the 13th of December in 1846 from a fibrous tumor of her uterus when Mary Ann was only 10.

It is unknown where Mary Ann lived until the 1851 census when she appeared a couple of miles from her old home, working as a live-in servant at the Kings Head Inn on London Road in Maidstone, Kent at the age of 15.

Mary Ann moved north to Staffordshire with her brother Henry and ended up presumably married to John Taylor who is 10 years older than her.  No marriage record can be located however, so they may not have actually tied the knot.  John and Mary Ann had a son, John David in 1857 (His birth certificate gives his mother’s maiden name as Mary Ann Taylor, formerly King)

Mary Ann and John appear in the 1861 and 1871 census with their son John David and then in the 1881 census on their own.  John Taylor appeared to have died by 1891 and Mary Ann appeared back in Kent, widowed at age 55, living as a lodger, doing dressmaking.