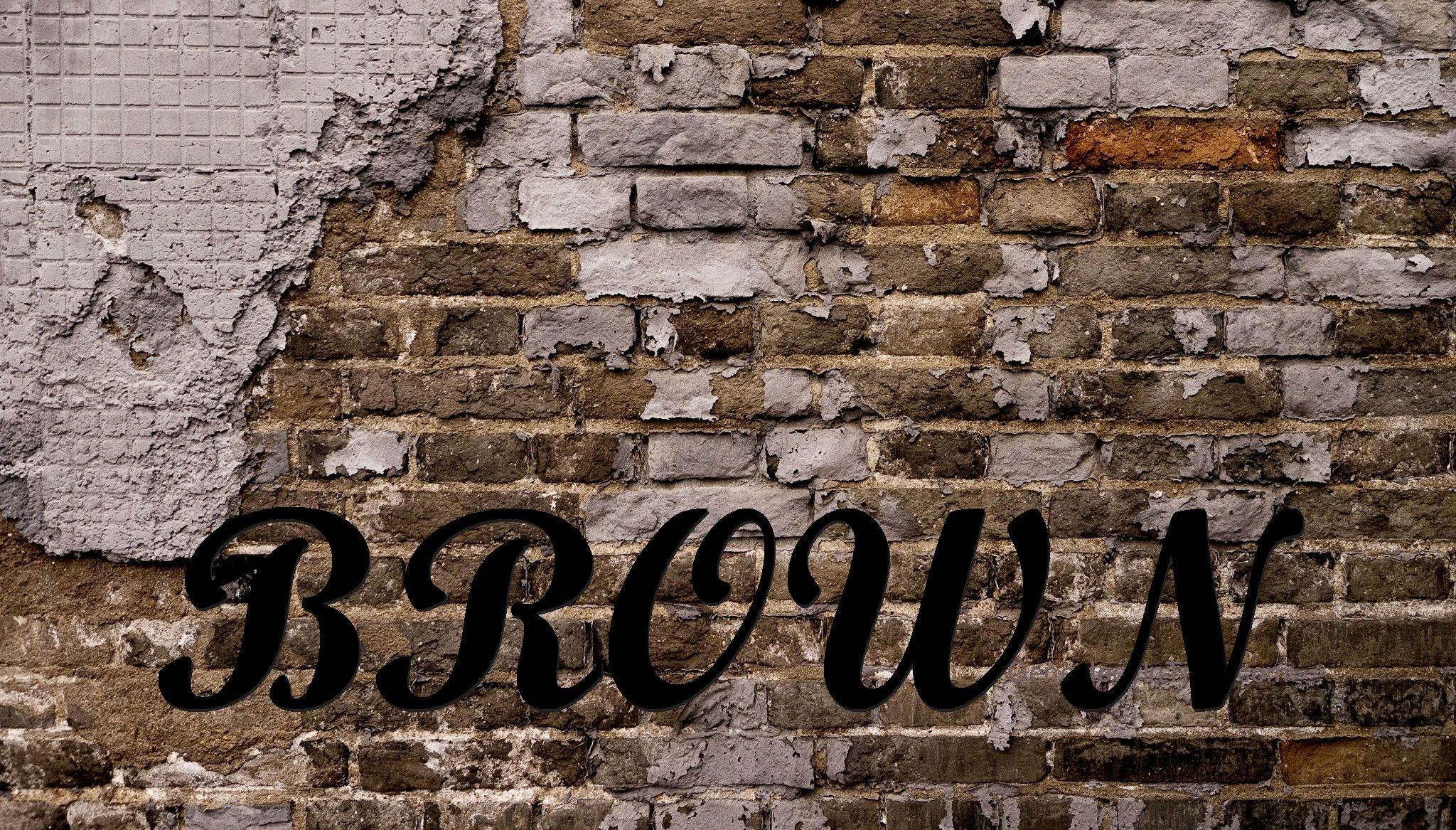 My brick wall centres on the family of George and Ann Brown of Sheffield, Yorkshire, England. While I know quite a bit about this Brown family after the marriage of George and Ann, I know nothing of their childhoods. Since their parentage is a total unknown, I’m stuck, totally unable to grow my family tree beyond this broken branch.

I have a marriage date recorded for George Brown and Ann Healey of 30 September 1833 in Sheffield but I have absolutely no idea where that information came from. My guess is that I found some record somewhere during the earliest days of my family history research when I had no idea that I should be citing my sources. 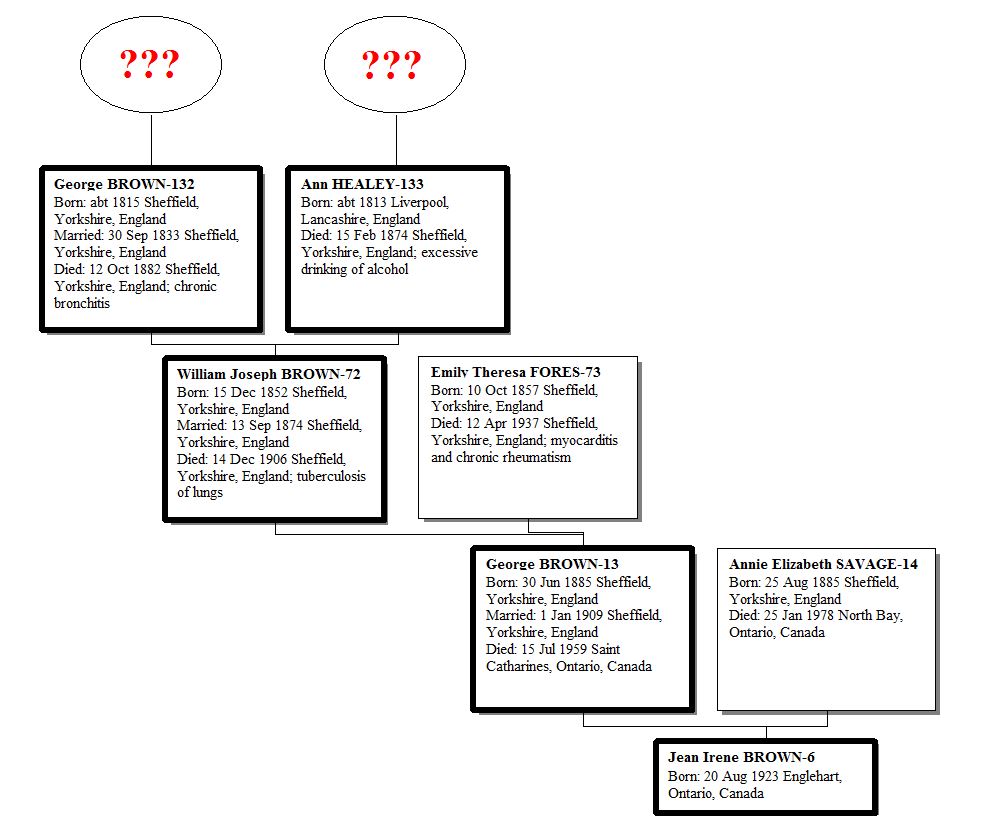 George’s surname is BROWN. Only marginally better than Smith, the surname Brown was the seventh most common surname in Yorkshire in 1881 with a total of 17,221 Browns enumerated in Yorkshire during the 1881 census:

Ann’s surname is HEALEY. Much less common that Brown, there were only 1602 Healeys enumerated in the 1881 census in Lancashire and even fewer (603) enumerated in Yorkshire. According to Wikipedia, the surname Healey is usually considered to be of Irish origins:

Healey is a surname originally from the Sligo area of Ireland and the Gaelic word Ó hEalaighthe, which derives from ‘ealadhach’ meaning ingenious.

There are many spellings and variations of the name including: Haly, Haley, Haily, Hely, Healy, O’Healey, and O’Haly.

And if that wasn’t bad enough, my Brown great-great grandparents’ first names were George and Ann:

And if all that wasn’t bad enough, my George and Ann Brown did not live in a small village or hamlet in rural Yorkshire but instead lived throughout their married lives in the rapidly growing industrial city of Sheffield, a pretty big haystack!

Ann was born in Liverpool, another industrial city that was over twice the size of Sheffield by 1881, with a population of 210,538 compared to Sheffield’s 92,164. According to the World Population Review:

By the beginning of the 19th century, large trade was passing through the city [Liverpool] and large buildings began to reflect its wealth. Manchester and Liverpool became the first cities with an intercity rail link in 1830, and the population continued rapid growth, particularly during the mid-19th century when Irish people began arriving by the hundreds of thousands during the family.

In 1813, when Ann was born, about ten percent of Liverpool’s population was Welsh and it was not until the time of the Irish Potato famine between 1845 and 1852 when over 2 million Irish migrated to Liverpool. Was she really of Irish ancestry?

In my next post in this series, I will create a timeline for the George and Ann Brown family of Sheffield.