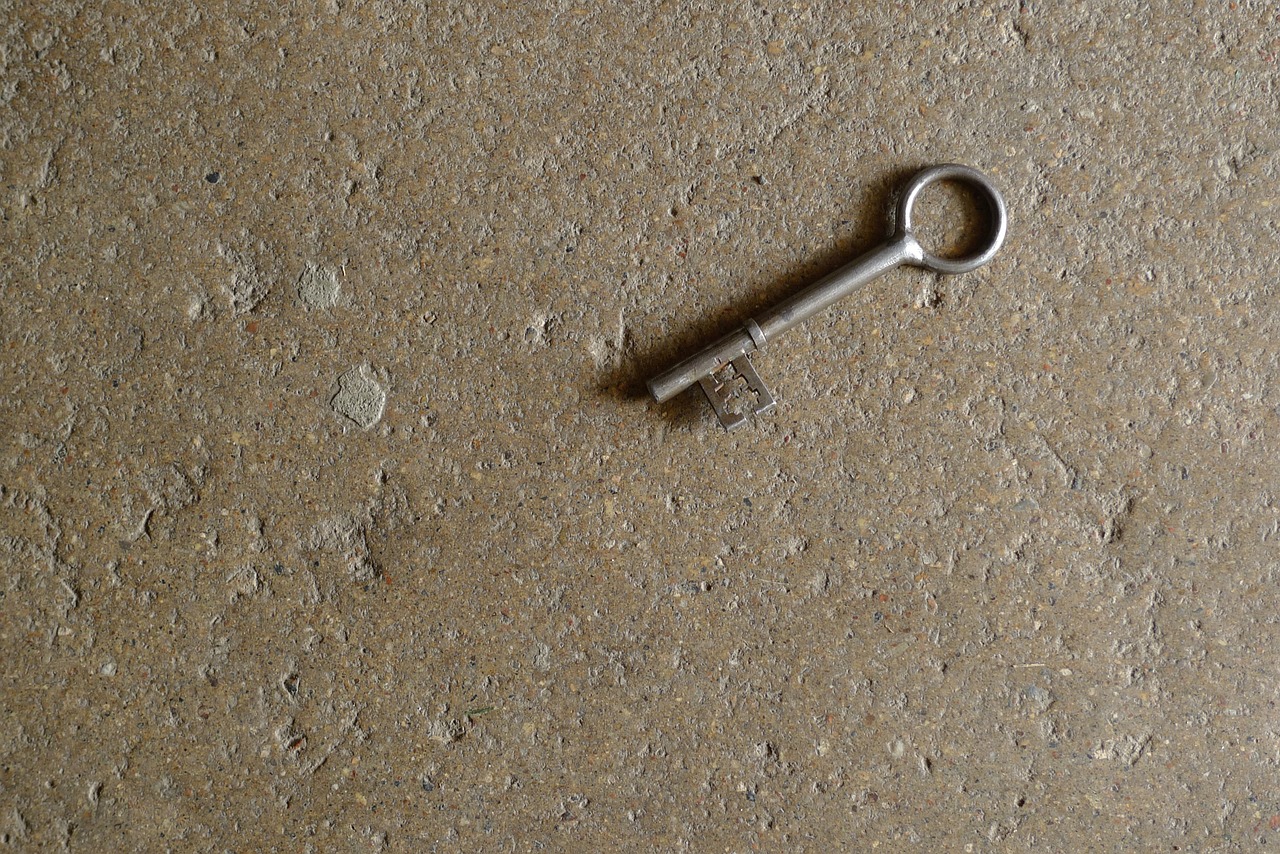 The following post encroaches just a little on my plan to explore the friends, acquaintances and neighbours of George and Ann Brown but since identifying the witnesses listed on the records is part of my analysis of existing evidence, I will explore the witnesses to their marriage here.

The recently obtained marriage record for George Brown and Ann Heeley shows that the witnesses to their marriage were Henry Roberts and Margaret Heeley.

Given the relative uncommon surname of Heeley, it is extremely likely that Margaret Heeley is a relative of Ann Heeley.

So who was Margaret Heeley?

The most likely abode of Margaret Heeley is Sheffield and there is a Margaret Healey that appears in the 1841 census on Castle Hill. I will explore this family to see if I can find a connection to George and Ann Brown, or until it appears that I’m simply wandering down a rabbit hole!

According to the 1841 street index on the Sheffield Indexers website, Castle Hill included two streets: Castlefolds and Waingate which intersect just above and left of centre on the map below, quite near St. Peter’s Church. 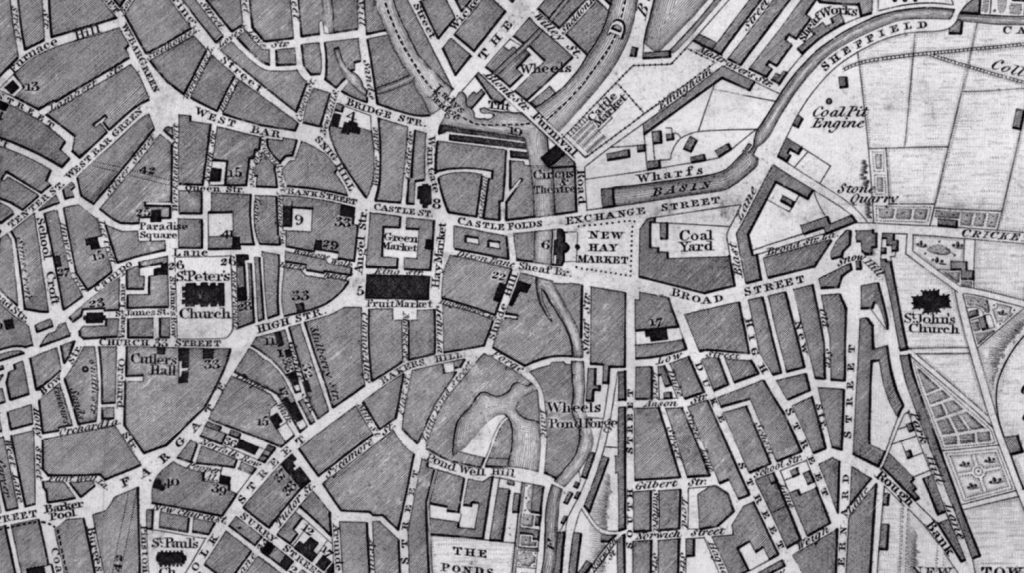 The Healey household at Castle Hill in 1841 consists of

In the 1851 census, the family is living on Castle Hill.

The Healey household at Castle Hill in 1851 consists of

Interestingly, there is a neighbouring household with head of household Catherine Brown, a widow, aged 66, who is a lodging house keeper. Living with her is her son-in-law and daughter, William and Ann Almond and a lodger, Charles White.

By 1861, Margaret Healey, at 70 years of age, is living with her daughter, Mary Jane and her husband Thomas Fletcher on Lord Street.

The Fletcher household in 1861 consists of

From the BMD website, I find the marriage of Thomas Fletcher and Mary Jane Healey in the September quarter of 1854:

There are four Healey baptisms listed at the Sheffield Parish Church with a mother named Margaret from the appropriate time period. The father, in each case, is Charles Healey.

The 1841 census does not show the relationships between the household members but using these baptisms as a guide, it might be assumed that Margaret in the census record is probably the mother of Elizabeth, Charles and Mary and that Charles is the father of the 9 year old William. Charles’ wife, another Margaret Healey, is not listed in the census record and she was either elsewhere at the time of the census or is deceased.

The 1851 census does show the relationships, and confirms that Margaret is the mother of Charles and Mary as expected, however 19 year old William is listed as a son to Margaret as well, and Charles is listed as unmarried rather than widowed proving that when viewing the 1841 census, it is important not to jump to conclusions. On the other hand, William Charles Healey was born in 1831, long after Charles Healey’s death. He may have been an illegitimate or adopted.

In the National Burial Index on Find My Past, there is a burial record for Charles Healey who was buried at St Peter and St Paul on 9 October 1823 at the age of 39, suggesting a birth year of 1784 who is a possible husband to Margaret Healey above and father to Elizabeth, Charles and Mary.

History, Directory & Gazetteer, of the County of York

The History, Directory & Gazetteer, of the County of York for 1828 has ‘Select Lists of the Merchants & Traders of London : and the Principal Commercial and Manufacturing Towns of England : and a Variety of Other Commercial Information : Also a Copious List of the Seats of the Nobility and Gentry of Yorkshire.’

In it, Charles Healey is shown as the inn keeper of the Buck at 33 Waingate.

The Buck Hotel also appears in the 1822 Baines Directory for Sheffield at 33 Waingate and Charles Healey is listed as the victualler. According to the Sheffield History website, the Hotel might also have been known as the Buckenham Hotel.

On 5 February 1820, an article appeared in the Sheffield Independent describing an opening dinner at Charles Healey’s Rein-Deer Hotel:

Mr. C. Healey’s Opening Dinner
On Thursday last, a numerous and respectable party assembled at the Rein-Deer Hotel, of which Mr. Charles Healey is Proprietor, and were served up with a most sumptuous dinner of all the luxuries, varieties, and delicacies which the season could afford. After the cloth was removed, the following toasts were proposed by the President, Mr. T. Howard and repeated by the Vice-President, Mr. Thomas Pearson. – The immortal memory of George the IIId, in solemn silence. – King George the IVth, with cheers. – Duke of York and the Army. – The Country Members, three cheers. – The present Lord Lieutenant of the County, three cheers. – The Magistrates of the West-Riding, unbounded applause.

Tanks were then voted to the President and Vice-President for their liberal and consistent conduct. The Proprietor called forth the general approbation of the company for the superior quality of the various viands, delicious dessert, and excellent wines.

The great number of the company continued the convivial round to a later hour, when ever visitor departed, each expressing his several satisfaction of the attention of the host.

On 1 July 1820, an article appeared that again mentioned a dinner at the hotel:

The trustees of the late Mr. Hanby, held their annual dinner on Thursday last, at Mr. Charles Healey’s Hotel, which was most tastefully served up, the dessert and wines were most excellent, and afforded general satisfaction to the company. Mr. J. Housefield, Master Cutler, presided in the chair.

On 13 April 1822, an article listing all of the newly appointed Officers of the court. Listed as a Constable was Charles Healey of Waingate.

On 12 April 1823, another article mentioned Charles Healey once more:

Yesterday the annual festival of the Club established here in honour of the valiant Admiral Rodney, was held at the house of Mr. Charles Healey, The Hotel Inn. Mr. Waterfall, the confectioner, was the Master, and presided on this festive occasion. The dinner, we understand, was excellent, and the wines good.

Then on 11 October 1823, appeared the announcement of Charles Healey’s death:

On Monday afternoon, at the Hotel in this town, after a long illness, Mr. Charles Healey, aged 40, leaving a wife and three children to deplore his loss.

Hotel & Rein Deer Inn,
Sheffield
(The late Charles Healey’s Affairs)All the Persons who stood indebted to the late Charles Healey, at the time of his Death, are required to pay, forthwith, their Debts to Mrs. Margaret Healey, at the above Hotel and Inn, his Widow and Administratrix, with the Will annexed. All Persons to whom the said Charles Healey stood indebted when he died, are requested to send in the Amount of their Claims (with the nature of their Securities, if any,) to his Widow and Administratrix, without delay, in order that the same may be examined and discharged.

Widow of the late Charles Healey, takes the present opportunity of returning sincere thanks to her Friends, for the support she has received since the decease of her Husband; and to inform them and the Public, in consequence of Mr. Pearson having sold the Hotel, she is obliged to quit; and the Purchaser refusing to take any part of the STOCK or FURNITURE at a valuation, (as is usual in such cases) she is compelled to dispose of the same, which, by the advice of her Firends, she intends to do by PUBLIC AUCTION, to commence at Ten o’Clock in the Forenoon of each Day.

Margaret Healey trusts, in case of being hereafter able to procure a suitable situation, her Friends will give her the same liberal support she has received at the Hotel, trusting that the present attempt to injure her and young family, will, by the kindness of her Friends, prove abortive.

On 28 January 1815, a marriage announcement appeared in the Gazette:

The Crown Calendar for the Yorkshire Lent Assizes
Committed to the Castle
Also Carel Cohl, otherwise Charles Cohl, a [man] of Germany, charged upon the oath of Robert ??nderson, of London, seedsman, with having, on the night of the 5th inst., feloniously stolen from the chamber in the house of Charles Healey, of Sheffield, Innkeeper, sixty-four pounds and upwards, in ? the property of the said Robert Henderson.

A Swindler – A short time since the warehouse and sale rooms of Messrs. Hendry and Hyde, auctioneers, of this town, were discovered to have been robbed of a number of extremely valuable articles, consisting of a gold watch set with pearls, three gilt watches, and a musical snuff-box of silver. Suspicion has attached to an individual who calls himself Charles Healey, describing himself a resident of the neighbourhood of Sheffield, and had by false representations gained access to the premises in question. The same person, who suddenly disappeared on yesterday week, leaving his account undischarged at his lodgings, had obtained credit for a suit of clothes from a tailor of this town. The party is about 25 years, stout in person, with a fair complexion, and is modest in his manners and address.

I have submitted the request to the Borthwick for a copy of the above will. With any luck at all, it might mention Ann Healey.