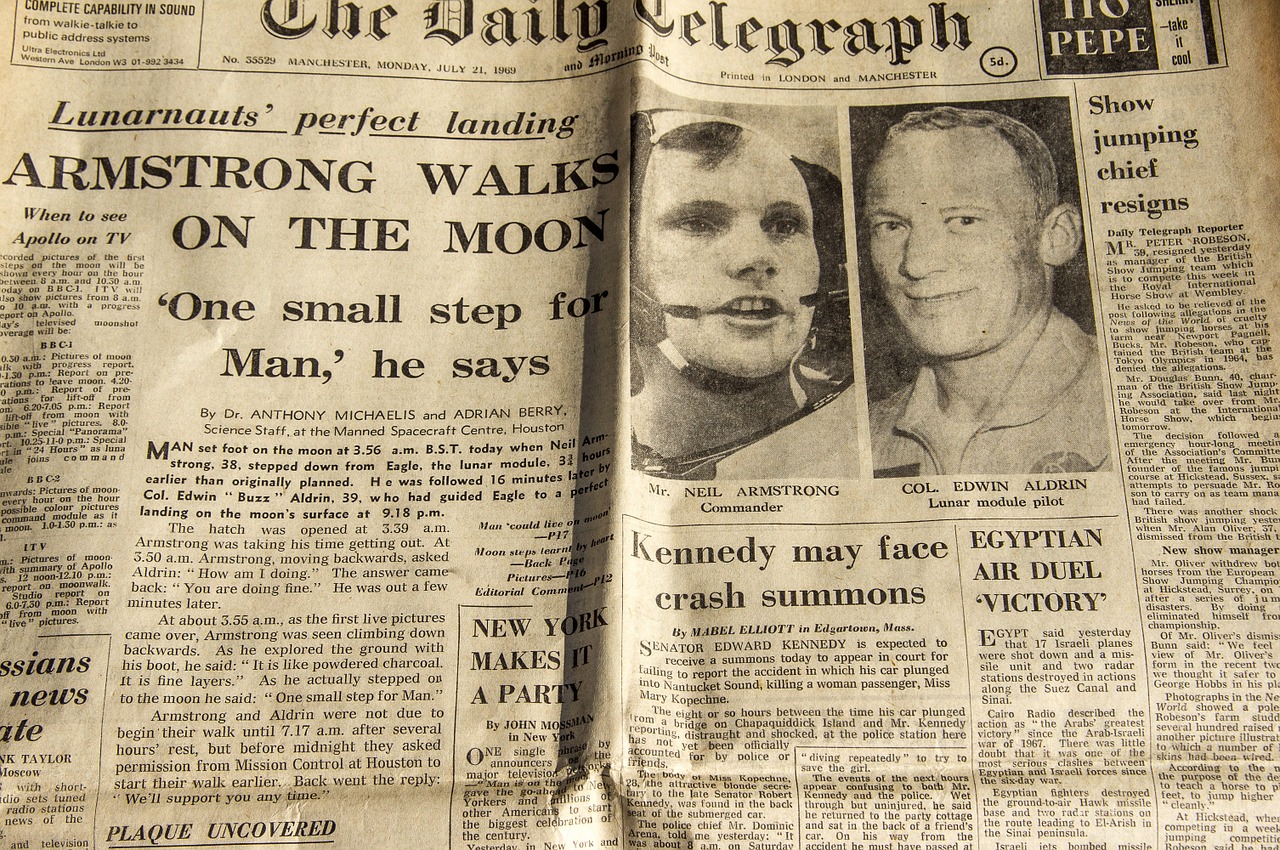 As a Social Historian, I use the increasing wealth of digitised historical newspapers extensively in my research to get a feeling for the time and place I am studying. Even before digitisation, I read microfilmed newspapers and occasional paper copies at the library.

I’ve given the question of whether my descendants would do the same for their own research a great deal of thought recently. I viewed several daily newspapers to try to envision what they would infer about my time and place from today’s news. However, I found it difficult to imagine what they would think about the headlines and articles, perhaps because today’s news is so much a part of my here and now. When I instead viewed some newspapers from just a few years ago, I did find that I was able to get a feeling for the time from the articles and even the advertisements within them and so I think that my descendants will most likely find newspapers from the 21st century quite useful in their research.

However, the newspaper industry is changing rapidly. Actual newspapers, printed on paper, and delivered to the door or the newsstand are slowly being phased out and our generation is looking increasingly to the internet for our news. Although the delivery mechanisms are changing, the end result is much the same, and the volume of resources is growing exponentially. While the number of paper newspapers from twenty years ago is finite, the number of sources of today’s news, looking at the internet, is spiraling towards infinity.

With several organisations now embarking on projects to capture snapshots of the internet, I would imagine that the volume of information available to our descendants will be staggering. As an example, archive.org’s Way Back Machine now has 432 billion webpages archived and the British Library has been selectively archiving UK websites since 2004 and currently has 26.7 TB of searchable information saved for future historians.

While I feel a certain sadness that our descendants probably won’t personally experience the paper newspapers that we and our ancestors read, I feel sure that they will have access to an incredible amount of information about our time and place in history that they will access in ways I cannot even begin to dream of.

Tips and Tricks for Finding Ancestors in Newspaper Archives

Tips and Tricks for Finding Ancestors in Newspaper Archives