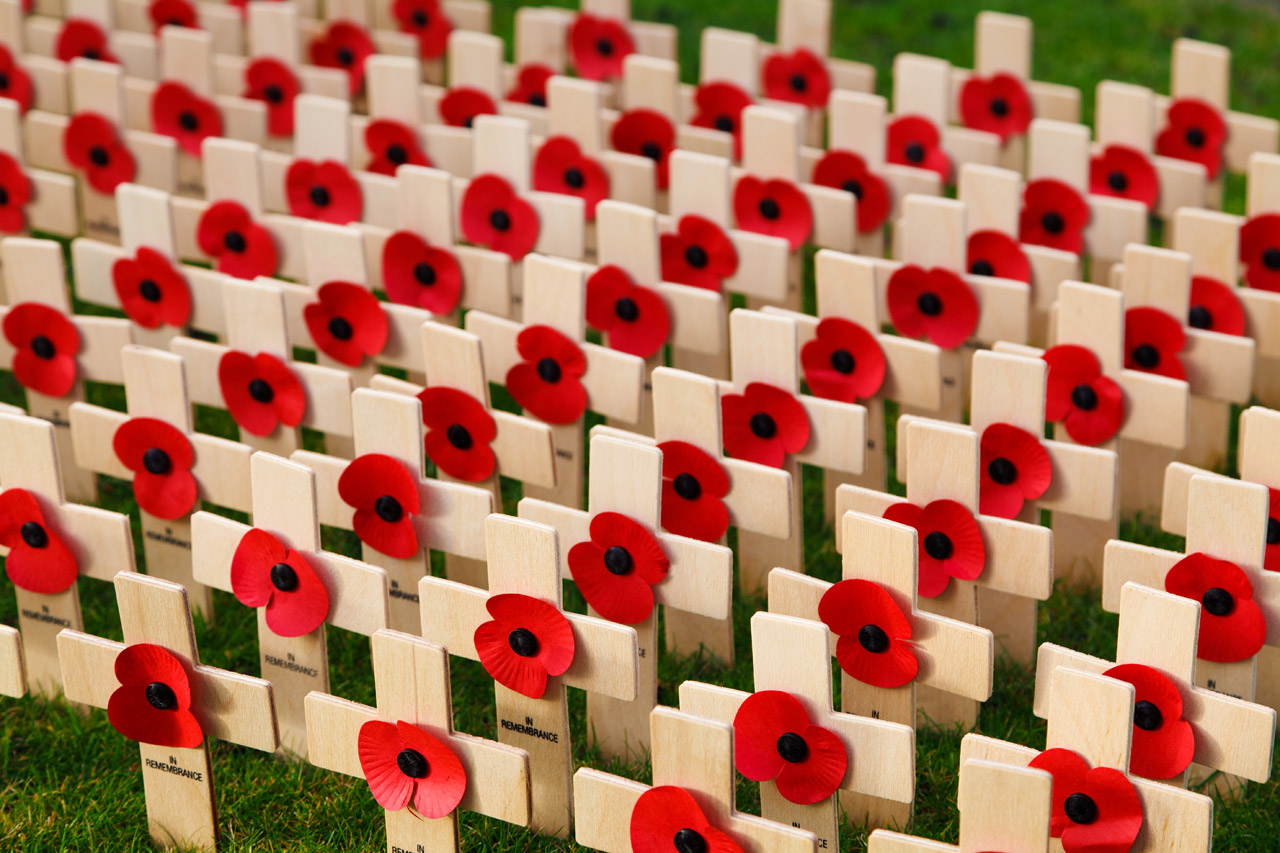 This Remembrance Day, I’m thinking of my ancestors who fought for Canada in WWI.

Not long after England declared war on Germany, my grandfather, John Arthur Bond, enlisted in the Canadian Over Seas Expeditionary Force in Toronto on 26 January 1916. He was followed not long after by his brother William Bond who signed up on 10 February 1916 in Montreal.

When John enlisted, he said that his mother was Jessie Williams, a widow, and that he, John, was her sole means of support since all his other siblings were married. This entitled Jessie to receive a separation allowance from the army. When William enlisted just over a week later, he said his mother was Jessie Bond, a widow and that he, William, was her sole means of support. For the duration of WWI, Jessie was to receive money from the Army for both her boys, compliments of their deception.

By Christmas 1916, William was at the front in France with the 24th Battalion and on 30 December he was wounded at Bully Grenay with a gun shot wound to his right thigh that fractured his leg. He was sent to the hospital at Camiers but was judged well enough to return to the front on 11 January. No sooner had William taken up position than he was again shot in the same leg! In April of 1917, William was wounded again near Neuville St. Vaast with a gun shot wound to the scalp and received a concussion. Wherever the action was, there was William.

John was also stationed near the front in France, not very far from William’s unit. He was involved in shoring up trenches near Vimy Ridge. Conditions at the front were terrible. Many soldiers had perpetually wet boots and suffered from what they called trench foot. The ground was wet, especially in the trenches, and mud was everywhere, even in the soldiers’ rifles, if they weren’t kept covered with the squares of canvas issued for that purpose.

William struggled with authority issues and on 29 August 1917, he was sentenced to fourteen days for insolence to an NCO and two months later on 24 October he was sentenced to fourteen days for neglect of duty. Then on 10 November he was wounded at Passchendalle, receiving shrapnel in his right forearm and another concussion and was sent to the 16th field unit to be patched up.

John was of a much different temperament than William. He followed orders and avoided the limelight. On 31 January 1918, he received a Good Conduct Badge for two years of good service. The two brothers continued the war in France in much the same fashion. John tried to make the best of things and did his duty while William was constantly absent without leave and spent much of his time in field punishment and forfeited many days pay.

Finally the war was over and William sailed home aboard the HMT Aquitania. He embarked in Liverpool and arrived back in Halifax on 24 January 1919. Even back home, William continued to make matters difficult for himself with the army. On 9 April 1919 he was declared illegally absent and was apprehended as a deserter on 25 April. On 22 May, he was again charged with desertion and received fourteen days detention and forfeited thirty-five days’ pay. Finally, William’s detentions were served and he was discharged from the army at Montreal, Quebec on 4 June 1919.

While William served this detentions, his brother John arrived quietly back in Halifax aboard the H.M.S. Cedric on 27 May 1919. He took the train to Ottawa where he was discharged on 29 May 1919 and then carried on his journey back to Toronto.John married Winifred Bulmer on 12 June 1919 in Niagara Falls and he worked as a projectionist until he retired. He seldom discussed what it was like to be a soldier nor did he tell his family much about his time in France. He lived to the age of 72 and died on 8 February 1963 at his home in Scarborough.

On the 24th of July 1922, William died in Ste. Anne’s Hospital in Montreal of tuberculosis that he contracted during the war. He was buried in Soldiers Cemetery section of Mount Royal Cemetery in Montreal.

Who are you remembering this Remembrance Day?