Home HOW TO Records Resources for FRESHWATER Parish 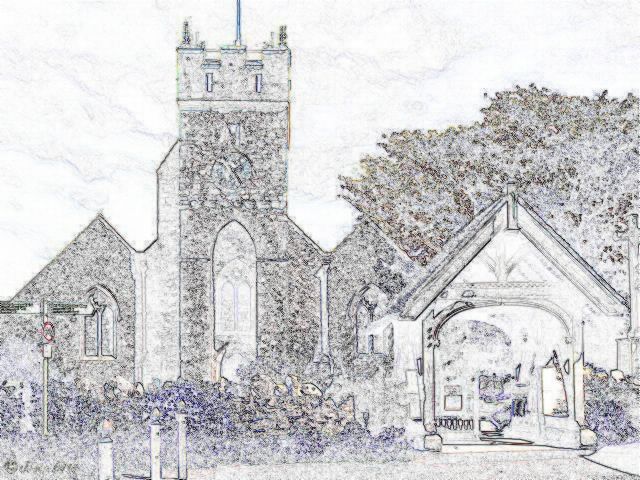 Returning to Yarmouth we proceed from thence to Freshwater, a pleasant ride, of about two miles and a half.  The church formerly belonged to the priory at Carisbrooke, and was given by William Fitz-Osborne, with five others, to the Abbey of Lyra, in Normandy.  It is now in the presentation of St. John’s College, Cambridge, and is reckoned the most valuable living in the island.  The church is dedicated to All Saints.  Near the church is the Red Lion Inn, a small, but comfortable, house, kept by Mr. Robert Corney.  Freshwater parish was the birth-place of the celebrated Dr. Hooke, M.D., in the year 1635.  Proceeding over the Downs, and passing Farringford Hill, the seat of John Hambrough, Esq., we arrive at Alum Bay. [1]W.C.F.G. Sheridan, A Topographical and Historical Guide to the Isle of Wight (printed for M.A. Leigh, c 1833), 126.

All Saints’ Church in Freshwater is a Grade II listed building and is one of the oldest churches on the Isle of Wight.  Parts of the building date back before the Doomsday survey in 1086.  The nave arcades of the church are from the late 12th century, the windows from the 13th century and the tower is from the 15th century.  It was built from Isle of Wight stone and has a tiled roof.  The lych gate is a recent addition.

Virtually an island itself, Freshwater was historically a mainly agricultural area with clusters of settled regions including Afton, Easton, Norton, Middleton and Weston.  It is all but separated from the main island by Freshwater Gate and the river Yar.  Norton was also the home to some fishermen, as was Freshwater Gate and Brambles Chine.  Some residents earned income by digging pipe clay for the manufacture of tobacco pipes in London but the majority farmed the land and listed their occupations as farmers, husbandmen or yeomen and raised primarily wheat, barley and oats.

The records of the following estates have been deposited with the Isle of Wight Record Office and may include such documents as deeds, accounts, correspondence, maps and surveys.

Hamond-Graeme papers : a catalogue of holdings

FHL BRITISH Film [1470907] Hamond-Graeme papers.  These are the deeds of the Hamond-Graeme family of Freshwater and includes titles and deeds from 1612 – 1921 including many area surnames.