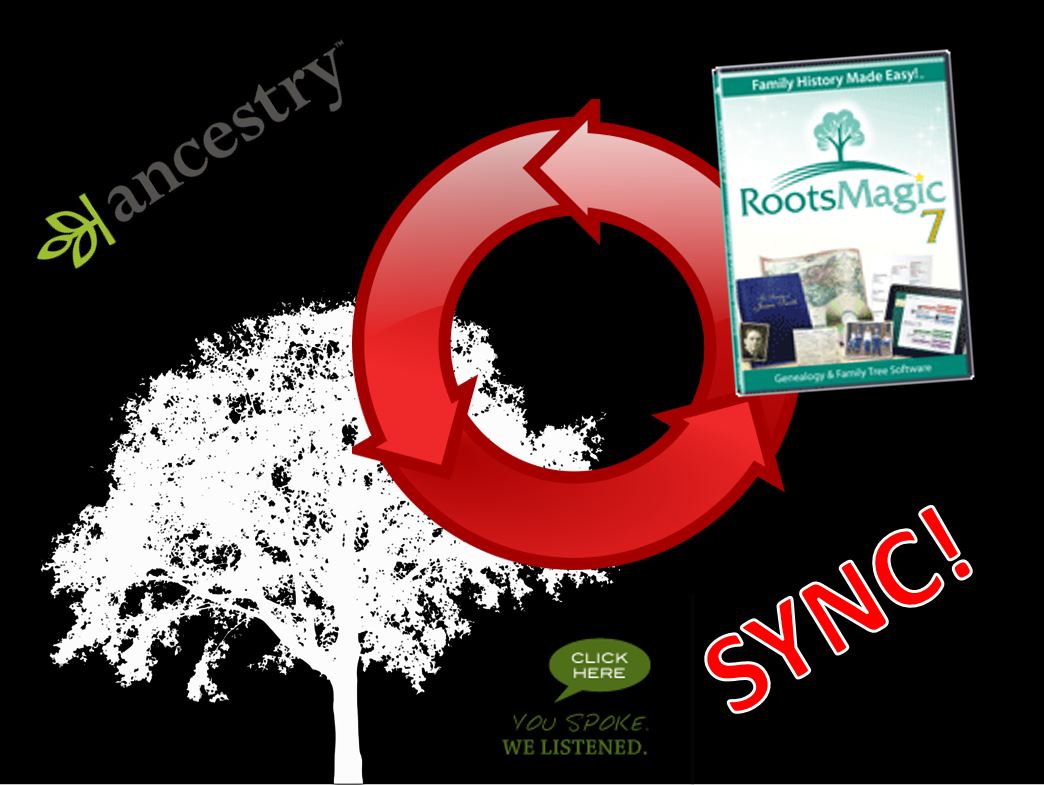 In December 2015, Ancestry rocked the genealogy community when they suddenly announced that they would be discontinuing Family Tree Maker, effective immediately. Users were outraged and heated protests began flooding in. The community began to look for alternative software. On February 2, just before RootsTech 2016, Ancestry announced that not only had they extended support on the software through MacKiev Software, they had also signed an agreement with RootsMagic, to connect Ancestry with their software by the end of this year. As part of the deal, RootsMagic announced that they would be creating a direct import for FTM files so that users did not have to go through the labourious process of exporting a GEDCOM file in Family Tree Maker and importing that GEDCOM into Roots Magic.

On 7 March 2016, RootsMagic announced that they had completed phase 1 of their Family Tree Maker integration. With the latest update to RootsMagic, former FTM users will be able to directly import their database into RootsMagic. According to the RootsMagic press release, they can now directly import

To import your FTM data into RootsMagic, choose File, Import from the main menu. Choose Family Tree Maker as the data source. 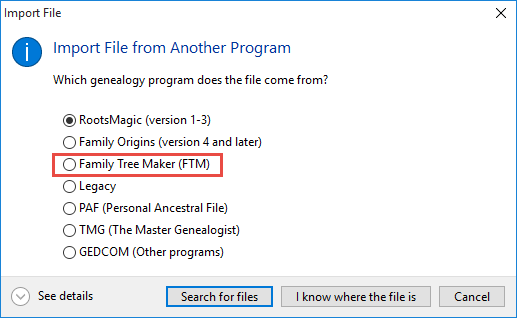 From there, you can either select ‘I know where the file is’ or let the import search your hard drive for FTM files. Once you’ve located the correct file, choose the import options and the name and location where you want to save your new RootsMagic file. 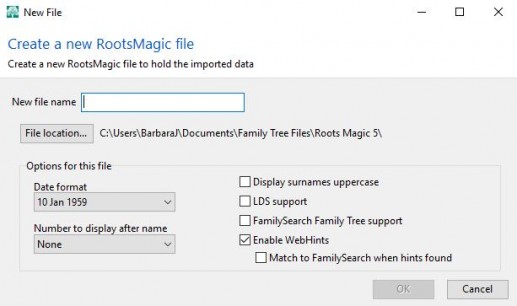 And that is all there is to it!

What’s next? RootsMagic is working on the ability to search your Ancestry tree and Ancestry records and to synchronize them directly with your RootsMagic data.