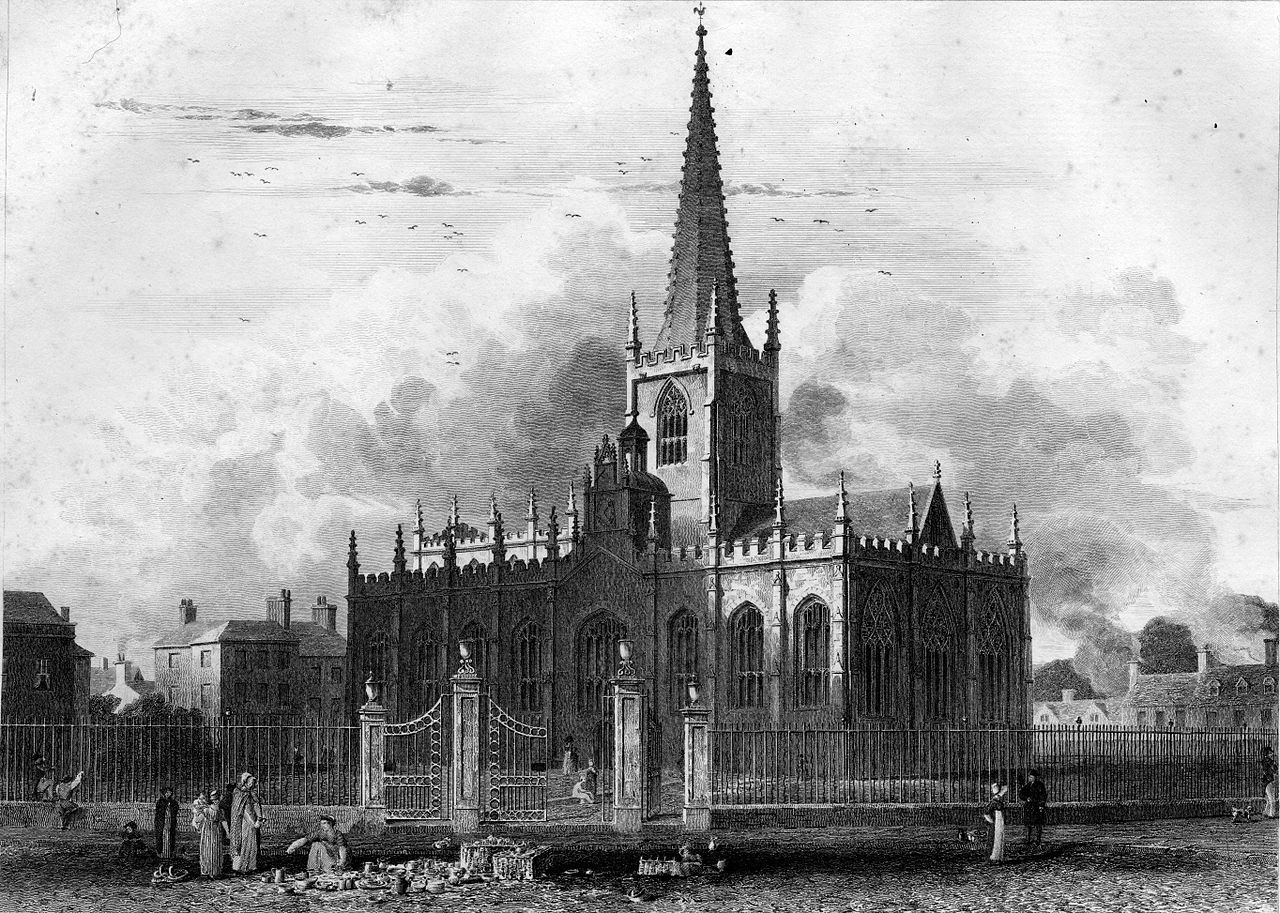 In my last two posts, I began to search for new evidence based on the gaps in my existing research and in this post, I will continue that search.

So far, I’ve been searching for the Healey connection but today, I’m going to begin looking for the parents of George Brown. According to all of the records found so far for George, he was born in Sheffield in about 1815. Who were his parents?

There were three churches in Sheffield at the time of George Brown’s birth:

In addition, there were three ancient chapels:

The most likely church to find George Brown’s baptism is the Sheffield Parish Church of St. Peter because this is where George and Ann Brown were married and it is where their first known son George was baptised in 1837. Since all of the records seem to agree on 1815 as his birth year, it seems reasonable to search from 1810 to 1820 for births and baptisms.

Using the same indexes, I will look for other children of these four sets of parents, if any

Of the four, the most likely family appears to be the second family listed with parents Samuel and Jane Brown. Samuel Brown is a filesmith (which could refer to either a file forger or a file cutter) and it was common for sons to follow the same occupation as their father. My George Brown gave his occupation as ‘file cutter’ on all of the numerous documents in my collection. Looking at the other children of Samuel and Jane, there is a William and a Joseph and my great-grandfather’s name was William Joseph. By no means is this in any way conclusive, but it was common to name children after older family members. With that said, none of the known children of George and Ann were named Samuel or Jane, however there are gaps of several years between their known children and it seems likely that they may have had other children who did not survive.

Edward and Mary Brown were a farming family. Since this time period was at the beginning of the industrial revolution in Yorkshire, it is quite possible that one or more of their sons might have decided to pursue a trade other than farming. Besides Edward and Mary, the other family names were Samuel, Joseph, Elizabeth, John and Eliza. None of the known children of George and Ann Brown were named with these names with the exception of Joseph which was used for the middle name of my great-grandfather.

Lastly, there is the family of George and Esther Brown. George was a grinder, a different occupation than a file cutter or file smith. While it was not uncommon for the same man to work at both grinding and cutting in the earliest periods of tool making in Sheffield, by the early nineteenth century, these were two very distinct occupations. It seems least likely that these our my George’s parents. The family names include Esther, Susannah, Sarah, John and Mary and none of these names repeat in George and Ann’s known children.

By 1851, the Industrial Revolution was in full swing and the internal migration of people from rural to urban centres was underway. There were many new Brown families in Sheffield and some of the old ones had moved to other cities throughout England. In addition to file smith or file cutter and file grinder, there were now men who identified their occupation as file hardener and one who was a labourer in a file “manufactory”.

Perhaps by sorting out all the various Brown families and determining how they interconnect, I might make some headway in at least determining who my George Brown’s parents were not, even if I can’t determine for sure who they were.