Home MY FAMILY Do You Have a Favourite Ancestor? 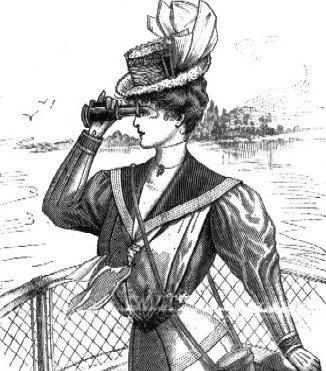 Thomas was a coach driver and on 20 October 1828, the following article appeared in the Hampshire Telegraph of Portsmouth:

On Saturday last, shortly after the morning coach had left Ryde, the coachman, Storey, was taken suddenly ill, and fell back on the roof quite insensible. One of the passengers then took the reins, and with the assistance of another outside passenger, the poor fellow was brought, between them, a distance of six miles to Newport, where every attention was paid him, but all to no purpose, as he remained in the state he was first taken, till he expired, which happened on the following day, leaving a wife and five children completely destitute.

How Rebecca survived with five young children is not known but by the census in 1841, she was listed as a Green Grocer in Ryde.  In 1855, she was listed in the Post Office Directory Hampshire, Wiltshire and Dorsetshire as a Tea Dealer on Nelson Street in Ryde. By 1861, she had retired and lived with her widowed daughter Caroline Leek on Pier Street and on 29 Sep 1867, she died of cancer.  She was buried on 2 Oct 1867 at Ryde Cemetery, Plot 2825 in Ryde Cemetery and her tombstone reads

When it comes to my female ancestors, I think I’m drawn to those who survived hardship in a time when hardship was very hard, especially for women. I confess though, of my male ancestors, it is usually the black sheep that fascinate me. Perhaps it is because I seem to have more than my fair share of these, or maybe because their stories are just so colourful.

Fess up, you know you have a favourite ancestor or maybe more than one?  Tell us in a comment about them and why they are your favourite.