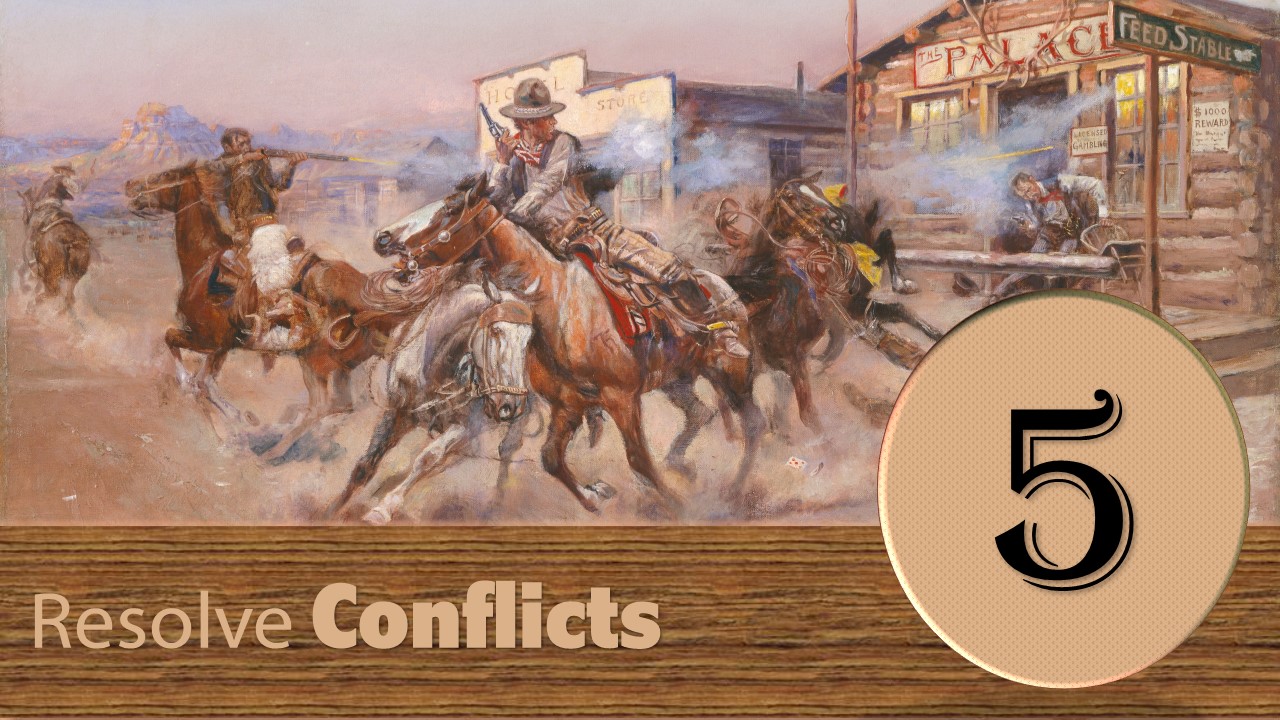 Now that we’ve defined our brick wall, created a timeline, evaluated our existing evidence and searched for new evidence, the next step in the Busting Your Brick Wall Challenge will be to resolve conflicts in the evidence we have before us.

The harder the conflict, the more glorious the triumph. ~Thomas Paine
When you were creating your timeline, evaluating your existing evidence or searching for new evidence, chances are you uncovered some conflicting evidence. Now what?

Is It Really a Conflict?

Genealogists are detail oriented people. We collect the minutia of people’s lives in the form of names, events, dates and places and we have conditioned ourselves to notice every nuance of every record about our ancestors. We think, like the Christian Pastor Charles R Swindoll once said, that the difference between something good and something great is attention to detail. And let’s be honest here, sometimes we can become a little too obsessed with the details. Before we begin looking at our research, let’s try this little exercise.

There are many variations of my name on the documents I have in my wallet and if I think about all the records where my descendants might find me, I know they will uncover even more fluctuations. What name I give when asked really depends on context. To my family and long-time friends, I’m simply known by my initials B.J., and even there, some call me Bee-Jay and others shorten it to Beej including my grandchildren who call me Nana-Beej. Chances are, some of my cousins don’t even know what my first name is. My birth certificate shows two middle names but I suspect that no one outside of my very immediate family know what my second middle name is and it doesn’t appear on any of my other identification. At work, people call me Barb, a shortened version of my first name, but when I write for publication, I always use my full first name and my middle initial. My best friend from childhood still calls me ‘Boo’ and no, I do not even remember why.

When people ask me how old I am, my answer depends on how close I am to my next birthday. At various times in my life, I’ve had reason to say I was a few years older than I really was and at other times, I’ve rounded down. We are all sometimes economical with the truth. My own children are in their thirties and I am embarrassed to confess that I’m unable to tell you their current ages for certain without stopping to do the math. I don’t remember my grandfather’s exact date of birth off the top of my head.

When people ask me where I was born, my answer depends on where they are from. If they are local, I tell them Scarborough which is an area in Toronto. If they are Canadian but not local, I would probably say Toronto. If they are from somewhere other than Canada, I might say Ontario or even just that I am Canadian. Even though I’ve spent many years researching my family, I’m not immediately sure which of my aunts and uncles were born in England and which were born in Canada after the family immigrated and if I were to guess, I might get it totally wrong. When people ask me where my mother’s family was from, I might answer Nether Hallam, or more generally Sheffield, or more generally Yorkshire or even just England, depending on the context.

And I’m a genealogist!

Imagine what the results of this exercise would be if I had one of my non-genealogist relatives take the quiz?

I’ve often seen forum postings where people are obsessing about the contradictory ages of their ancestors on successive decennial censuses or worrying about the fact that the birth date or place is recorded on a death certificate differently from other records. These are not really conflicts; they are just variations. Details captured about people, given by other people, quite often during times of stress or emotional upset or distraction. When the census taker arrived at our ancestor’s door, maybe they had dinner on the stove, or the children were demanding attention or they were in the middle of some housekeeping task and they gave the first answer that came into their head. When your ancestor was registering the death of their parent, they were no doubt grieving their loss and might have been unable to think clearly. If your ancestor’s name was Thomas Henry after his father, it is very possible he sometimes said his name was Thomas (because it officially was) and he sometimes said his name was Henry (because he was known by his middle name), other times he might have said his name was Hank (because that was what people called him). If your ancestor was asked where they were from, depending on the context, they may have said where they were born and other times might have said where they grew up and yet other times might have given their current place of residence.

For certain, these types of conflicts in names, dates and places need to be mentioned in our conflict analysis. We need to look at each piece of evidence we have, consider the sources that support it, and analyse the variations between our various records or documents. We need to explain the variations between the records and provide reasoned and detailed explanations of why they are different, identifying the connections and the contradictions between them. 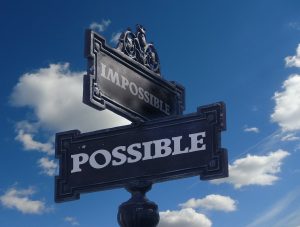 On the other hand, if we have a birth record for Jane Smith that shows that her father was Humphrey Jones, a lawyer from London and a marriage document that says her father was John Smith, a farmer from West Yorkshire, then we really have conflicting evidence about Jane’s father.

Are the records even about the same person? What makes us think that both the birth record for Jane Smith and the marriage record for Jane Smith are for the same person? Do any of the other details on the records match what we know about Jane Smith? Do the ages and places and other names agree? For example, if the birth certificate and the marriage certificate show the same street address for Jane Smith, and the age of Jane on her marriage certificate is consistent with the birth date on her birth certificate and her mother’s name on both documents is recorded as Eleanor Walker, then we have strong and valid evidence to support that both documents are about the same Jane Smith but we still need to resolve the conflict and present a reasonable explanation for the conflicting information. If instead, all of the other information on the two documents also differs, then our reasoned conclusion is that at least one of these documents is not associated with our Jane Smith and we need to document that in our analysis and, where possible, come to some type of resolution to the problem.

Sometimes the only conclusion might be that we don’t know enough yet to make a conclusion. 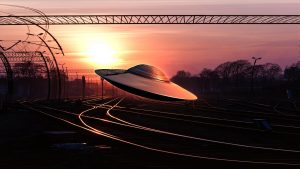 In addition to comparing our various pieces of evidence, we also need to consider what I would call the laws of nature.

Unless our ancestors were truly brought to earth by aliens (as I strongly suspect some of mine were), their life stories must conform to the laws of nature. 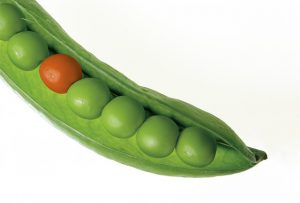 Just because we have ten pieces of evidence that show our ancestor was born in Topeka, Kansas and only one piece of evidence that shows they were born in Bangor, Maine, it does not necessarily follow that our ancestor was a Kansan. The source of all of the ten records that show the birth place as Kansas might have been the same and could just be totally wrong, even if the source was the ancestor themselves.

Despite the fact that the preponderance of evidence might show that John Smith was Jane Smith‘s father in the above example, it does not necessarily follow that this was the case. Perhaps, in the example above, Eleanor Walker had an illegitimate child with Humphrey Jones but then shortly afterward married John Smith who accepted Jane as his own child and everyone, including Jane, believed that John Smith was her biological father and all records created afterwards stated this as a fact. These sorts of deceptions happened in the days of our ancestors, even as they happen today. Everybody lies if there is a good reason to do so.

Preponderance of evidence is not, in itself, proof. 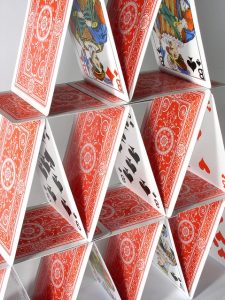 Once we’ve correlated all of our evidence and analysed the conflicts within, we need to write what is generally called a proof argument, although my preference is to call this a conclusion since we can only base our analysis on what we know at the point in time when we write it. Tomorrow, next week or next year, we may come across some new piece of evidence that makes our carefully written conclusion tumble down like a house of cards, proving that what we had was not proof.

Resolving Conflicts on My Brick Wall

Throughout my analysis of existing evidence and my collection of new evidence, I attempted to analyse the conflicts I found in the various pieces of evidence as I went, preferring to avoid wandering down the wrong path. What I still need to tackle on my Brickwall Browns is to analyse all of the possible families that could be the parents and to exclude those with conflicts that rule them out as possibilities. Once I’ve accomplished that, I will update this post with new links.

Brick Wall Challenge
Write a post about resolving conflicts in your brick wall and share a link in the comments below.

Step One: Define the Brick Wall