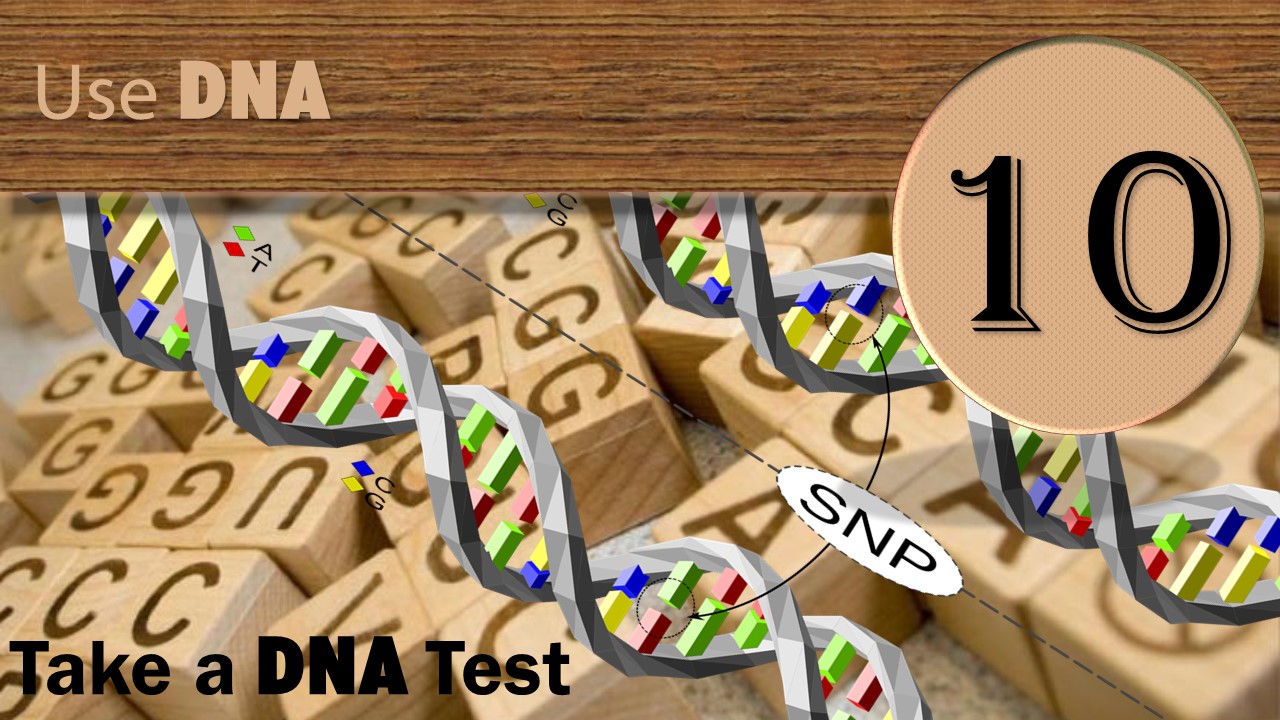 Now that we’ve defined our brick wall, created a timeline, evaluated our existing evidence, searched for new evidence, resolved conflicts, searched for social history, searched for collateral relatives, employed the FAN principle, and crowd sourced our problem, the final step in the Busting Your Brick Wall Challenge will be to look to the exciting and rapidly developing science of autosomal DNA research to break through our brick wall.

It’s good to know where you come from. It makes you what you are today. It’s DNA, it’s in your blood ~ Alexander McQueen
The genetic genealogy enthusiasts among you might wonder why I’ve listed DNA research as the last step in breaking through your brick wall. This is because DNA research without a paper genealogy trail is a little like hunting for a needle in a haystack. 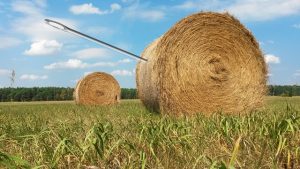 You might find dozens of matches to your autosomal DNA but without a solid genealogical pedigree to go by, trying to figure out where your family intersects with the family of your DNA matches is virtually impossible. Hopefully though, by this point in your brick wall research, you’ve got a firm foundation of names, dates and places that you can use to explore possible relationships with people who match your DNA profile.

Family Tree DNA calls their autosomal DNA test the Family Finder. They also offer those who tested with 23andMe or Ancestry to upload their results for a small fee so their results can be compared to the large FTDNA database of results. They provide users with great tools for viewing matches and for browsing the areas of similarity on the chromosomes. 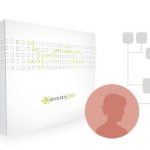 AncestryDNA is a relative newcomer to DNA testing but already has a database of more than 4 million people. Visit their list of frequently asked questions to find out more.

Their tools for exploring matches are generally simpler and the more advanced options such as chromosome browsing are not available.

The third major player in the DNA world is 23andMe. As well as ancestral DNA, 23andMe also offers testing for health conditions in some countries that let you find out more about inherited risk factors, health conditions and traits. They have over 1 million people worldwide in their database to compare results with.

Let’s look a little closer at what autosomal DNA is and what it can tell us.

In autosomal DNA testing, the number and size of matching runs of DNA from one point to another is compared to compute the likely number of generations between two samples.  Your DNA is organized into 23 pairs of chromosomes with half of each chromosome pair coming from your mother and the other half from your father. However, before these chromosomes were passed from your parents to you, the contents were shuffled in a process called “recombination”.  This recombination is the reason that you are not an exact replica of your sibling.  Each of your parents also received about half of their DNA from their parents or your grandparents.  Because you received your DNA from your parents, your DNA will also contain large portions of your grandparent’s DNA but smaller portions from your great-grandparents and less yet from your great-great-grandparents and so on.

Since the same inheritance of DNA happened for all of your relatives, it is possible to estimate the degree of relationship you share by comparing DNA samples. Close relatives will share large portions of DNA while less closely related family members will share smaller portions of DNA. 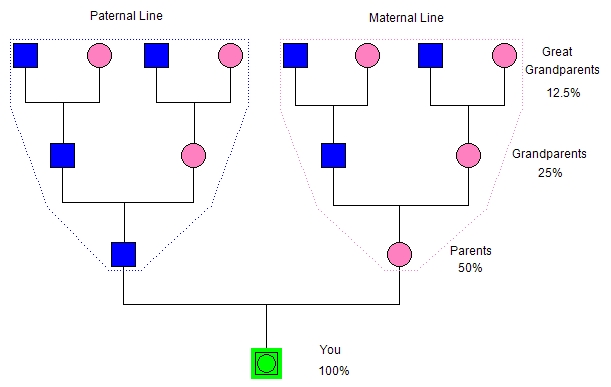 The first step in your DNA research is to have your own DNA autosomal test with one of the testing companies. Once your results are posted, you will be presented with DNA matches of varying degrees of relationship. If you’re lucky in the DNA test lottery, you will immediately be connected with one or more close cousins but more likely, you will have a series of matches that predict relationships in the 3rd to 5th cousin range. In some of these cases, after contacting your matches, you may be able to find likely relationship points within your pedigree charts or paper genealogy trails.  You may share common locations and surnames that suggest where the relationship is, or is likely to be. Failing this, you are left with a group of people to whom you are most likely related but with no idea how or where on your family tree to look for the relationship. How then do you narrow down the possibilities and determine if one of your matches might be the answer to your brick wall mystery? 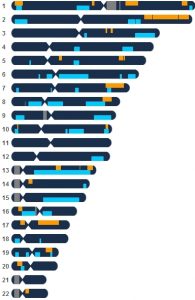 By examining my other matches in conjunction with my known paternal and maternal cousins, I’m able to tell in many cases whether the matches are likely to be from my paternal or maternal lines.  This allows me to narrow my focus substantially when comparing my pedigree chart with my potential match’s pedigree chart. 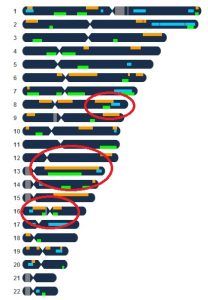 Research into our pedigree charts shows that the distant cousin is my first cousin, once removed and that we share my mother’s father’s parents as our common ancestors.

Further focus could be gained by testing second cousins or other relatives that share only one grandparent as a common ancestor.

Whether you had your testing done through Family Tree DNA, AncestryDNA or 23andMe, you can use GEDmatch to explore your DNA and compare your results with those of others. According to their website:

GEDmatch provides DNA and genealogical analysis tools for amateur and professional researchers and genealogists. Most tools are free, but we do provide some premium tools for users who wish to help support us with contributions. You will need to upload DNA and / or genealogical (GEDCOM) data to make use of the tools here.

The true magic of GEDmatch and DNA shines through when you have known genetic matches to compare your results to and with their tools, you can import and compare DNA tests from any of the testing companies. As in the above example that used the Family Tree DNA chromosome browser, by comparing your DNA results to a known genetic and genealogical match with a descendant of your paternal grandfather (a known cousin) on GEDmatch, you can identify which areas of your chromosomes were inherited from that grandfather. If you have multiple known genetic and genealogical matches from the same shared common ancestor, you can begin to reconstruct that ancestor’s DNA.

By repeating this process across your family tree, you can essentially map your own DNA to each of your ancestral lines, allowing you to identify and focus on DNA matches that relate to your brick wall ancestor.

To learn more about chromosome mapping, visit the International Society of Genetic Genealogy Wiki page on chromosome mapping to find some great tools to help you map your chromosomes and narrow down which matches relate to your brick wall ancestor.

So far, I haven’t had much luck in using DNA research with my Brickwall Browns but with more people testing their DNA everyday, I’m hopeful that one day, I will find that elusive match that ties to my paper genealogy trail and that I will eventually make a breakthrough.

Brick Wall Challenge
Write a post about how you’ve been able to use DNA research to help break down one of your brick walls and share a link in the comments below.