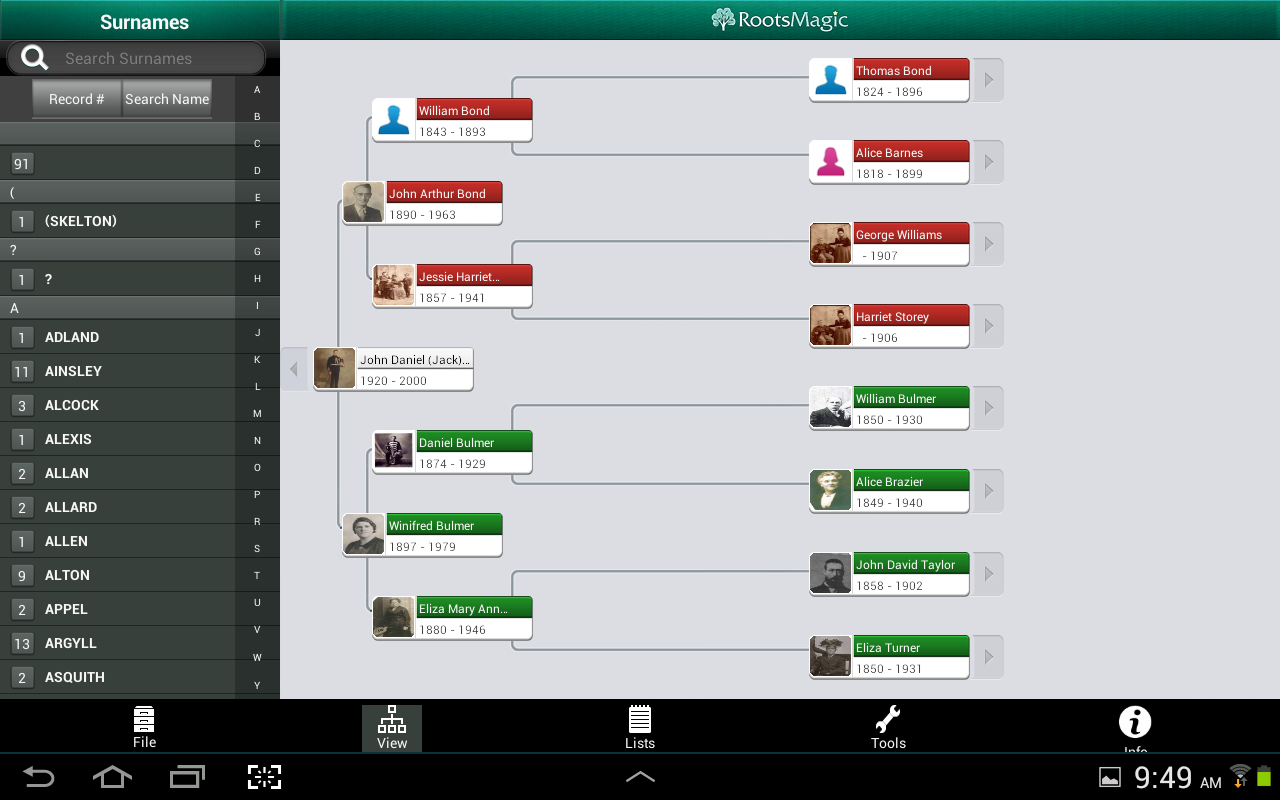 Finally! The RootsMagic Android App is now in beta testing!

I’ve been anxiously awaiting this day since 17 December 2012 when the IOS version of RootsMagic was released. Doesn’t the Roots Magician know that Android comes before iPhone, even in the dictionary?

But finally, in the RootsMagic October newsletter sent yesterday, RootsMagic announced the Beta release of the Android version of their mobile app:

Have you jealously waited while iPhone and iPad users have enjoyed their RootsMagic App?  Are you patient enough to find and report bugs, all for the sake of making the world a better place for fellow Android users?  If so, we’re looking for a few good beta testers for our RootsMagic for Android app!

Do I want to Beta test? That’s like asking if I had any Black Sheep ancestors. Absolutely! 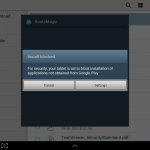 I followed the instructions in the newsletter and soon received my download instruction email. I opened this on my Samsung Note Tablet and clicked the link to download the app. When I tried to install it, I got a message that the security settings on my tablet were set to block installation of any applications not from Google Play. I changed that security setting temporarily and installed the RootsMagic application. And yes, despite my excitement, I did remember to go back and change the setting back to Google Play apps only. (In my Android version, 4.1.2, this setting is under Personal | Security | Device Administration | Unknown Sources – Allow installation of apps from sources other than the Google Play Store.)

After installing, I opened the application and I was directed to link the RootsMagic App to my Dropbox account. 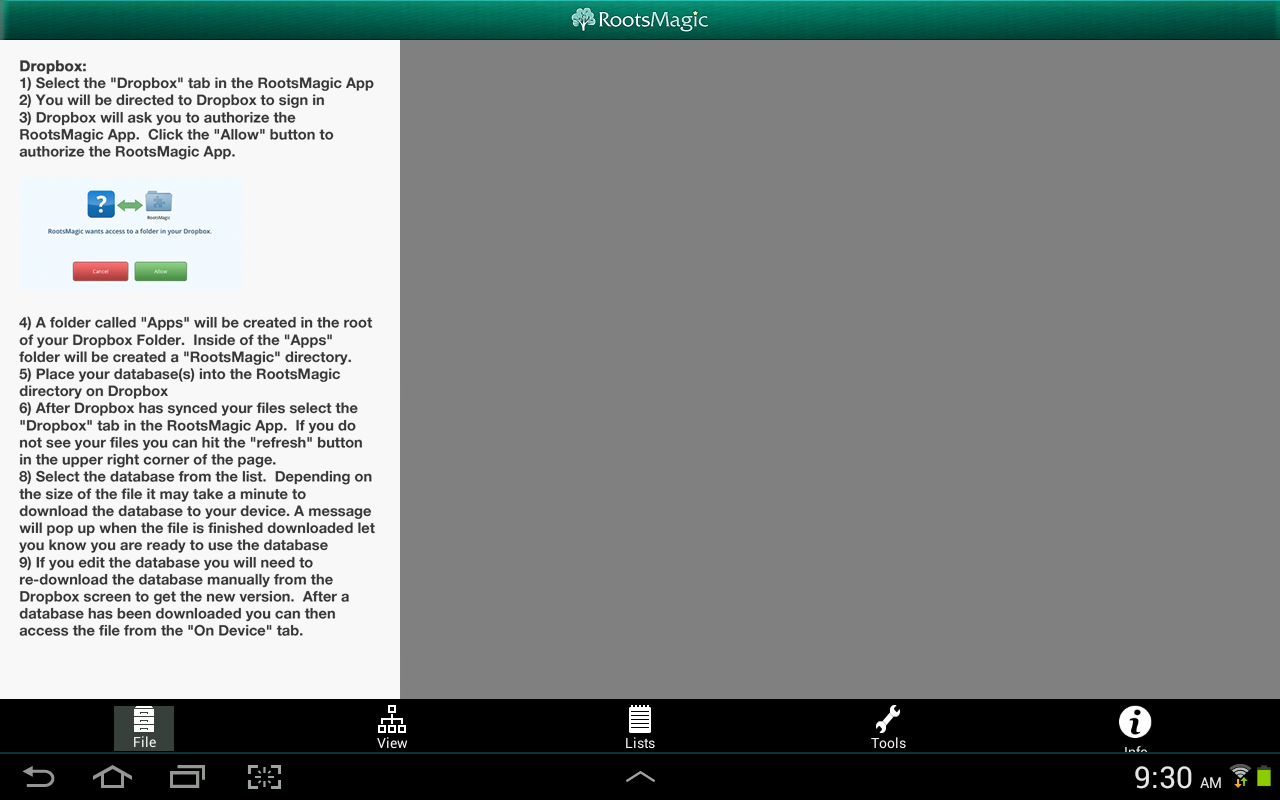 Once I authorized this link, a folder called “Apps” was created in my Dropbox folder and inside the Apps folder was another folder called “RootsMagic”.

On my desktop, I opened my Dropbox folder and navigated to the new RootsMagic folder. I copied my RootsMagic database file into the folder and waited for it to sync up to Dropbox. Within a few minutes, I was able to open my database in the RootsMagic app on my tablet.

I’ve only just begun to explore the application but so far, I’m really impressed. The application, unlike other viewers that rely on GEDCOM files, is able to display everything from my RootsMagic database in the familiar pedigree, family and individual screen formats. 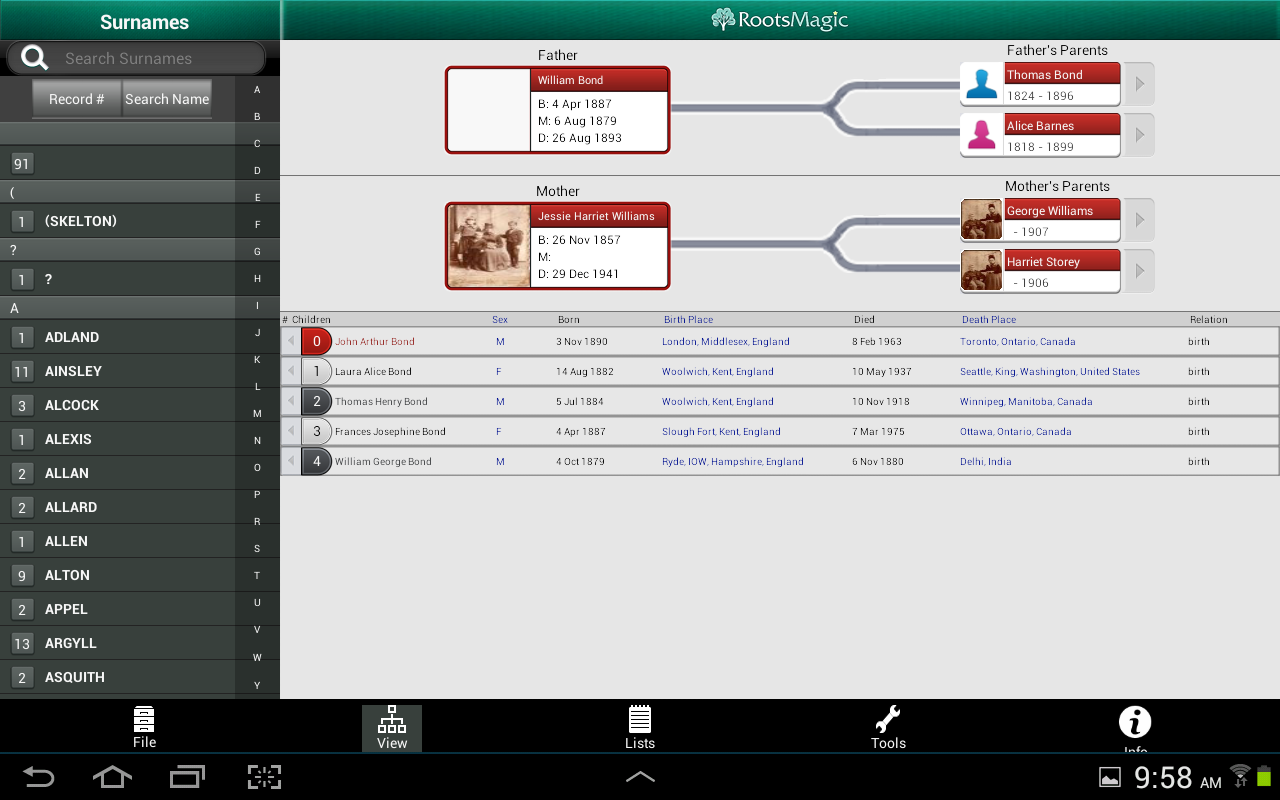 The app also takes full advantage of all the features within RootsMagic, allowing me to view my sources and even my To-do list and my research log. 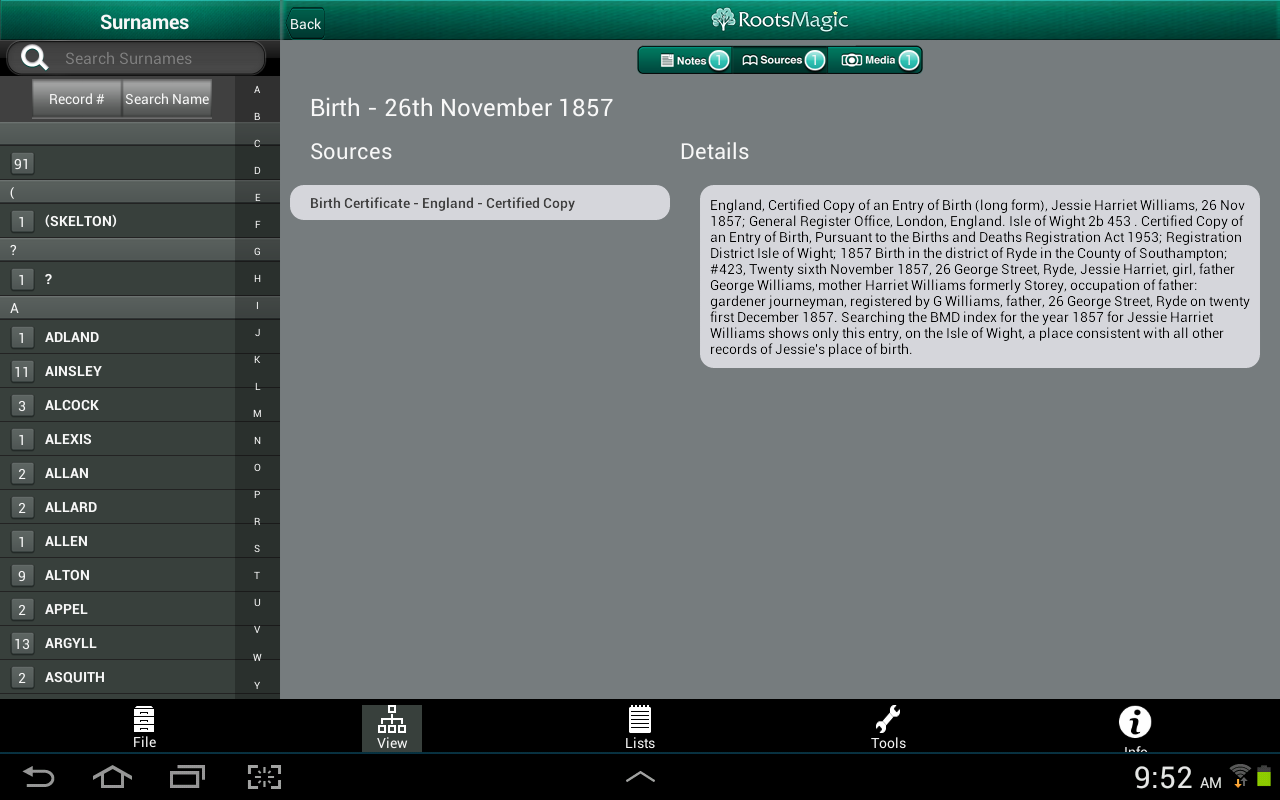 I can hardly wait to take my tablet on my next research trip! In fact, I think I’ll start planning one now.