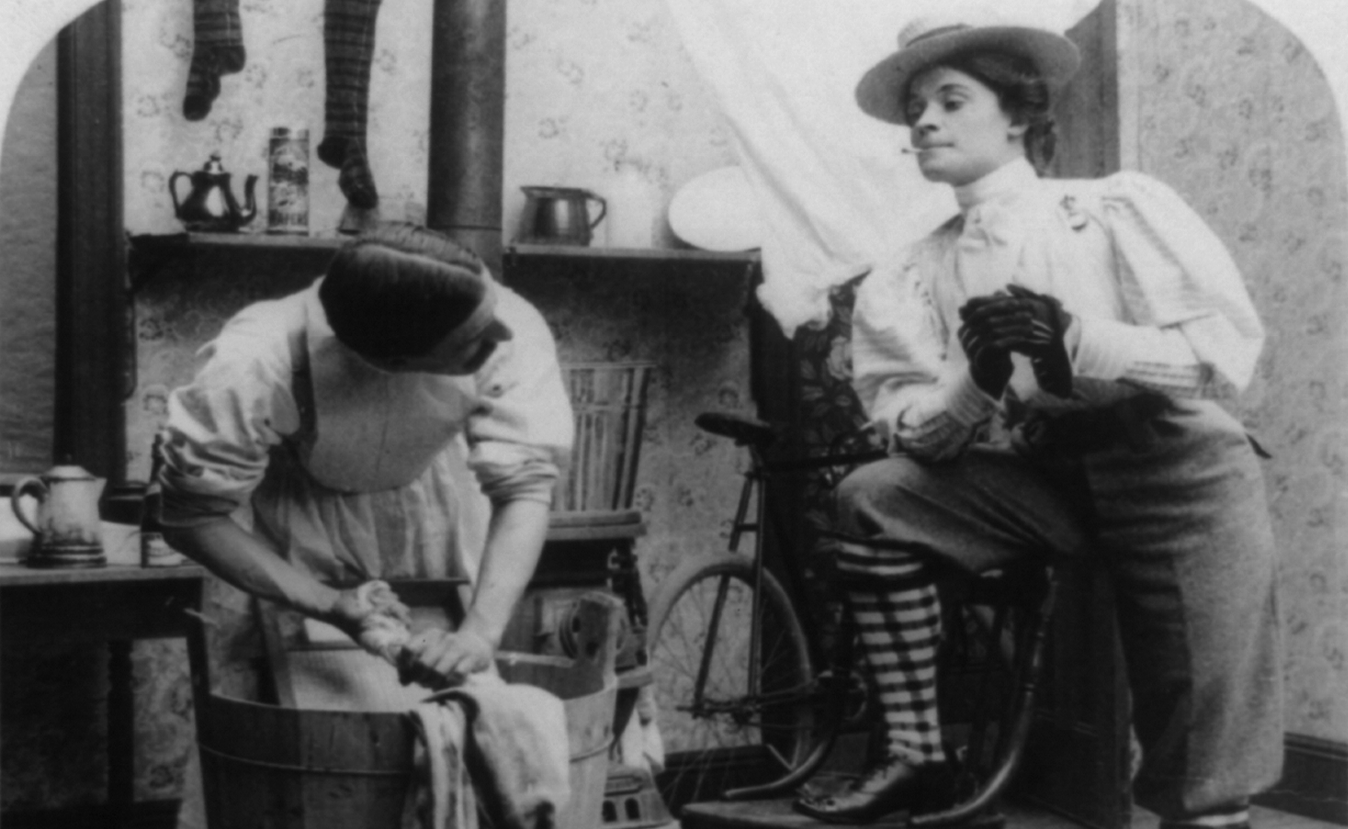 An essay on women, no doubt written by a man – published in the Sheffield Daily Telegraph in 1874

The discontented woman would seem to be becoming an unpleasantly familiar type of character.  A really contented woman, thoroughly well pleased with her duties and her destiny, may almost be said to the exception rather than the rule in these days of tumultuous revolt from all fixed conditions, and vagrant energies searching for interest in new spheres of thought and action.  It seems impossible to satisfy the discontented woman by any means short of changing the whole order of nature and society for her benefit.  And even then the chances are that she would get wearied of her own work, and, like Alexander, weep for more worlds to rearrange according to her liking, with the power to take or to leave, as her humour might decide, the duties she had voluntarily assumed, as she claims now the power of discarding those which have been given her from the beginning.  As things are, nothing contents her, and the keynote which shall put her in harmony with existing conditions, or make her ready to bear the disagreeable burdens which she has been obliged to carry from Eve’s time downward, has yet to be found.  If she is unmarried, she is discontented at the want of romance in her life; her main desire is to exchange her father’s house for a home of her own; her pride is pained at the prospect of being left an old maid unsought by men, and her instincts rebel at the thought that she may never know maternity, the strongest desire of the average woman.  But if she is married, the causes of her discontent are multiplied indefinitely, and where she was out of harmony with one circumstance she is now in discord with twenty.  She is discontented on all sides; because her husband is not her lover, and marriage is not perpetual courtship; because he is so irritable that life with him is like walking among thorns if she makes the mistake of a hair’s-breadth; or because he is so imperturbably good-natured that he maddens her with his stolidity, and cannot be made jealous even when she flirts before his eyes.  Or she is discontented because she has so many household duties to perform, the dinner to order, the books to keep, the servants to manage; because she has not enough liberty, or because she has too much responsibility; because she has so few servants that she has to work with her own hands, or because she has so many that she is at her wit’s end to find occupation for them all, not to speak of discipline and good management.  As a mother, she is discontented at the loss of personal freedom compelled by her condition, at the physical annoyances and the mental anxieties included in the list of her nursery grievances.  She would probably fret grievously if she had no children at all, but she frets quite as much when the come.  In the former case she is humiliated, in the latter inconvenienced, and in both discontented.  Indeed, the way in which so many women deliver up their children to the supreme control of hired nurses proves practically enough the depth of their discontent with maternity when they have it.–Saturday Review.