Are you struggling with the TreeShare: Census or Residence dilemma?

Since the release of the RootsMagic TreeShare feature, I’ve seen several discussions about how to capture census records as Census facts in RootsMagic when Ancestry is treating them as Residence facts.

Without getting into a whole debate over whether Census is a source or a fact, I will just say that I have always recorded the decennial census events as a fact type AND a source in RootsMagic and have no intention of changing that for tens of thousands of entries. How, then, to keep things consistent, while still using the power of TreeShare?

In this example, I’ve found the 1921 Canadian Census record for my uncle William Hector Beaton and have added the record to him on my Ancestry Tree. Now I want to share it to RootsMagic and have it show up as a 1921 Census fact. 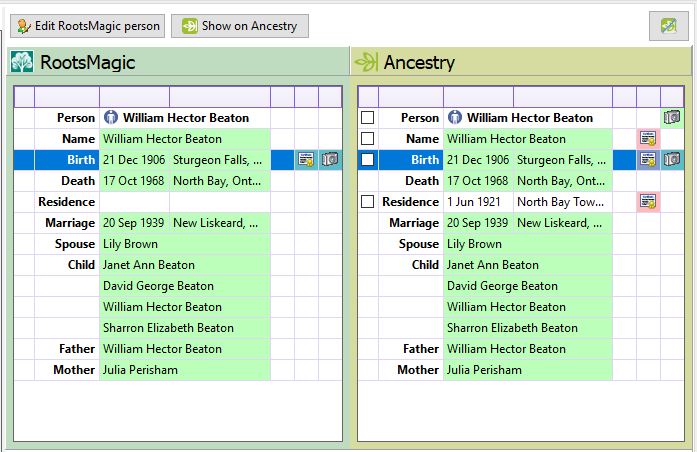 I click on the box next to the Residence fact in Ancestry and add it as a new event in RootsMagic. 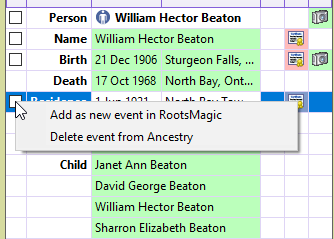 The fact is shown in blue in my RootsMagic list and I click the Accept Changes button. 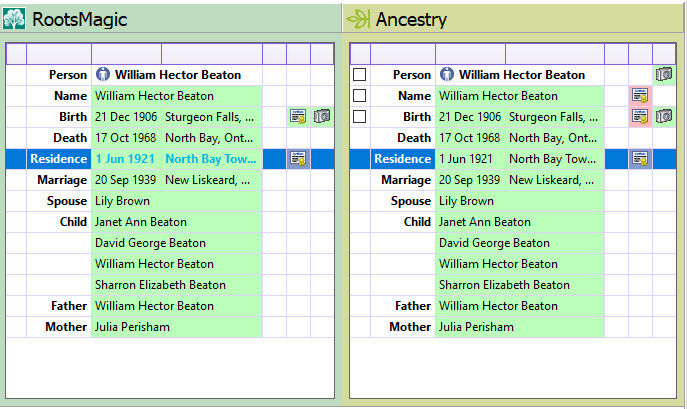 Next I click on Edit RootsMagic Person to go to the person edit screen and I highlight the new Residence fact.

With the Residence fact highlighted, I go to Options and choose Change fact type. This brings up a list of fact types, allowing me to choose Census 1921.

The new fact in RootsMagic is now consistent with the rest of my census type entries.

Now that I have my census entry, there is one other tweak that I will do to make this entry consistent with my other census entries. I normally attach the image of the census record to the fact so that it is quick to reference while reviewing my research. Ancestry has attached the media to the source record instead.

Click on the source of the record and then edit. 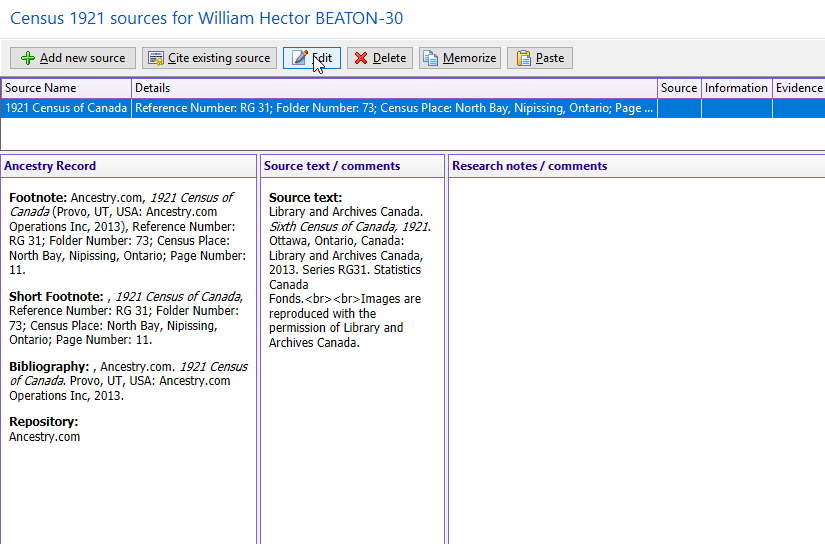 In the edit screen, click on the Media tab and copy the file name by highlighting it and pressing CTRL-C. 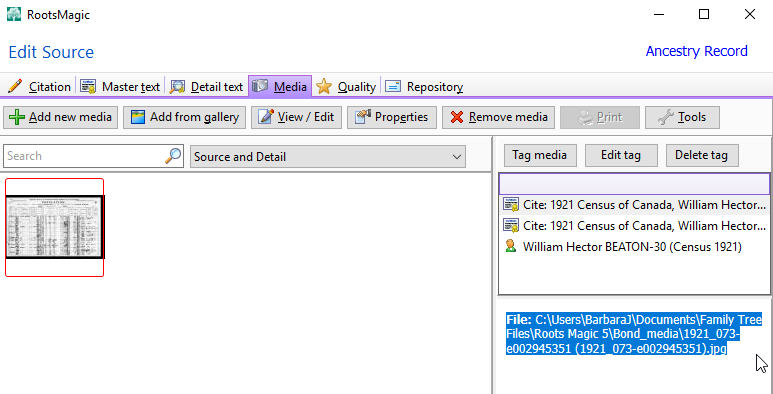 Next click on the media square next to the census fact to open the Add Media window. Choose Add from Gallery. Place your cursor in the search box, paste the file name and search.

Select the media item to add it to the fact.

Now my new entry is consistent with the other entries in my RootsMagic database, I also need to make the Ancestry entry consistent. To do this, I go back to the TreeShare window. 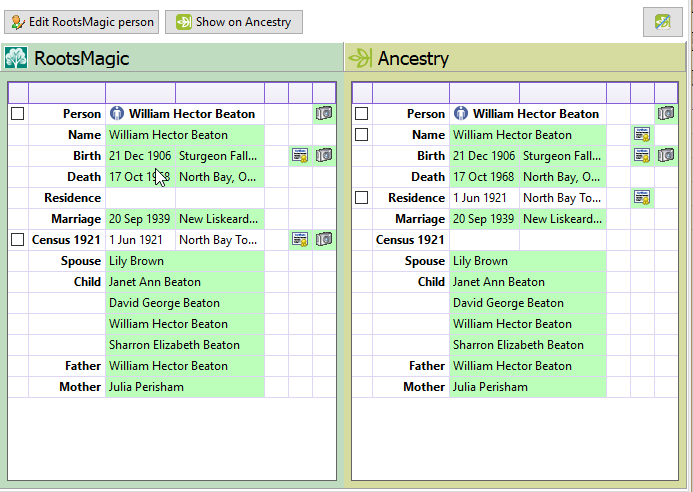 On the RootsMagic side, I add the new Census 1921 as a new entry on Ancestry. Then on the Ancestry side, I delete the Residence fact from Ancestry. 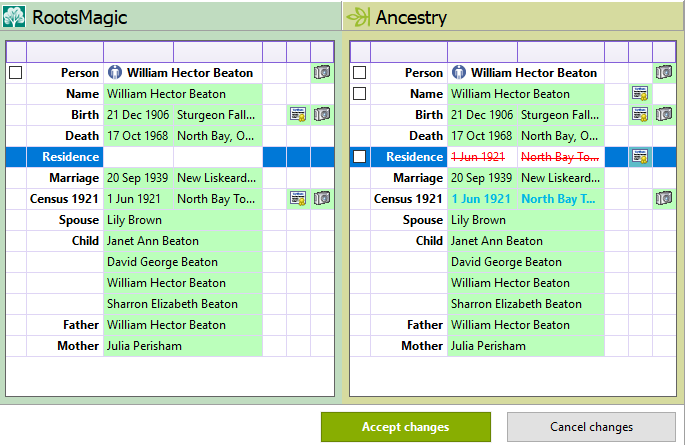 With those changes made, I click on Accept Changes and my Ancestry entry is now consistent with RootsMagic. 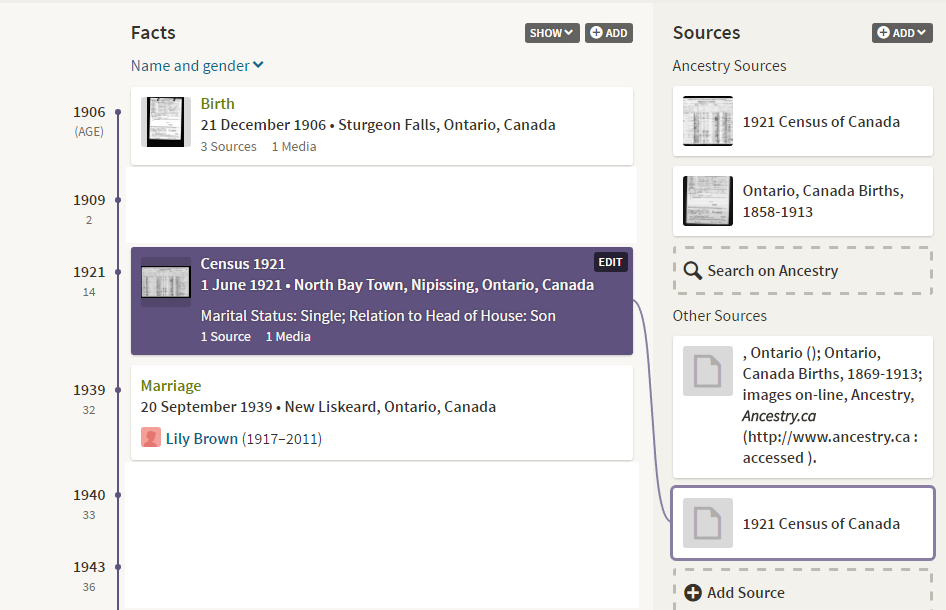 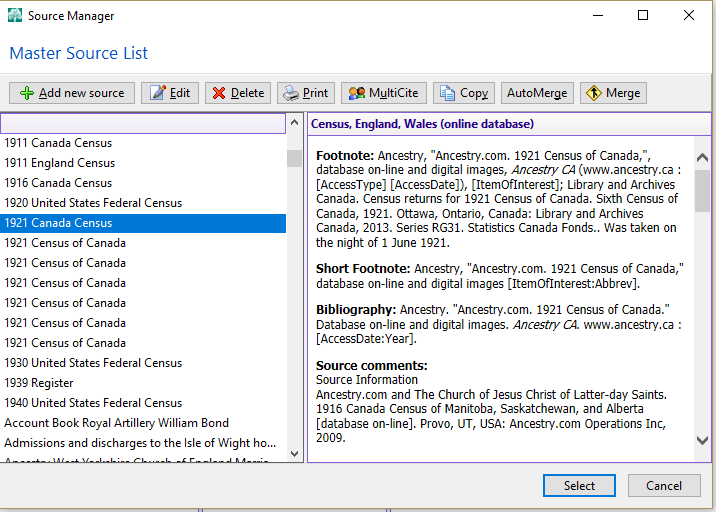 Cleaning these extra source entries up will be my next challenge. I’m beginning to think that it might be far easier to download the media for the census manually and create the fact manually in RootsMagic and then upload the finished product to Ancestry.

I would love to know your thoughts on the subject. Leave me a comment below.