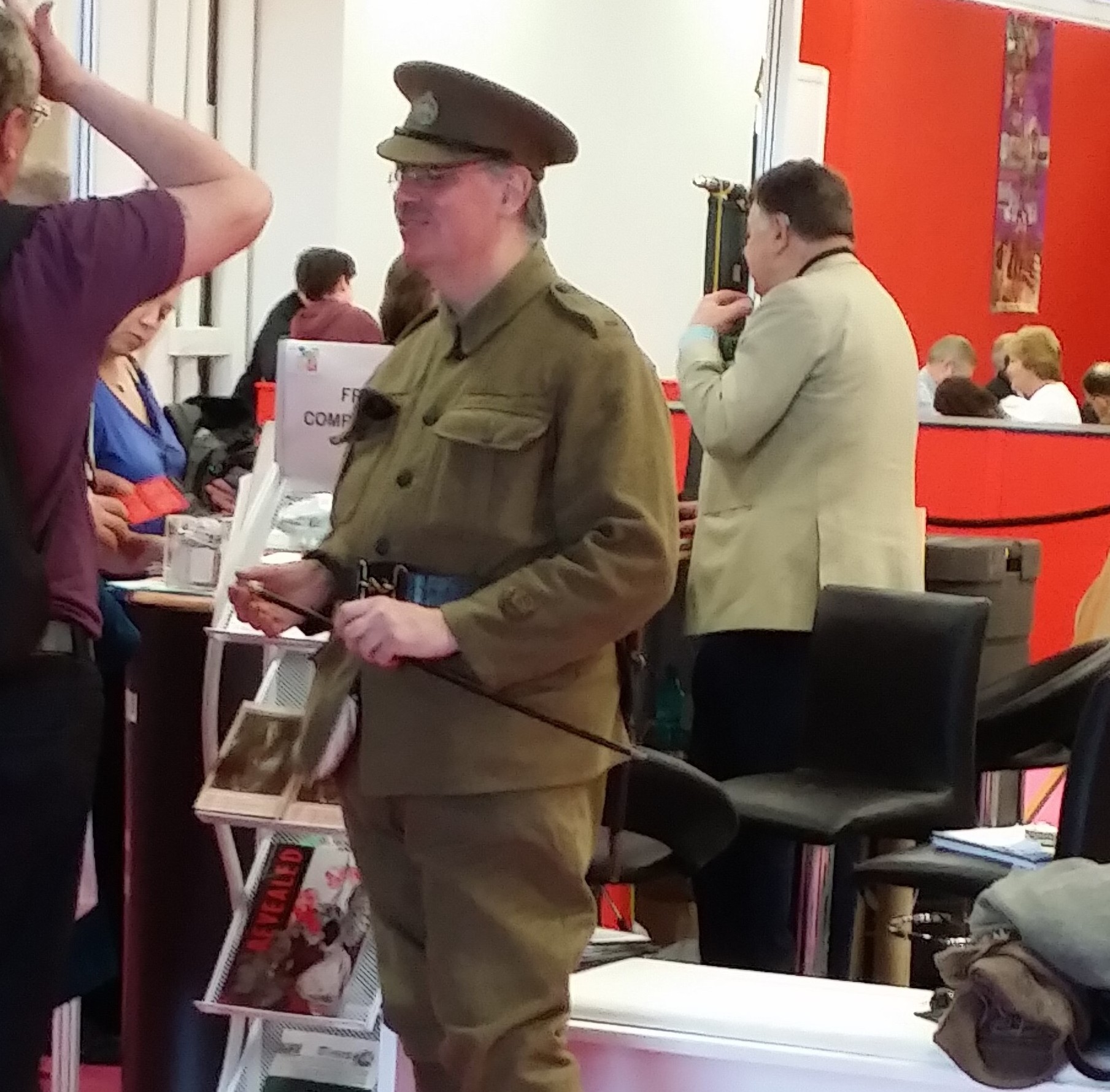 For my second day at WDYTYA, I decided to leave my heavy backpack at the hotel and take only my handbag with nothing but the essentials. The tube trip and 10 minute walk were much improved by my lighter load but on reaching the show entrance, I discovered that I had only my Saturday ticket and not my Friday ticket. The ticket desk kindly gave me an Ancestry pass for Friday and held my Saturday ticket at the desk for the last day of the show which I could retrieve by bringing in my Friday ticket. It sounded great in theory but didn’t quite work out as planned. But more on that later.

Once at the show, I immediately headed upstairs to gather tickets for the day’s lectures and was happily successful, despite my late start to the day. This was my lineup:

How to Get Your Ancestors’ Names in Print: Writing Family History for Magazines and Newspapers by Cassie Mercer

Cassie Mercer is the editor of Inside History specialising in stories from Australia and New Zealand, a magazine that I was not previously familiar with. Her talk was informative and her advice on how to write a compelling article was spot on. As I was listening to the lecture, I remembered the Eureka moment when my lost, many times great Uncle John Bulmer from Yorkshire was found through a surprise email from a distant Australian cousin in response to the “Most Wanted” section on my family website. To my surprise, my missing John Bulmer was one of the many English who went to Australia in the early 1800’s in search of a new life. Three years after his arrival there, he married Catherine McIntyre, a emigrant  from Argyleshire, Scotland whose family had arrived on ‘Ticonderoga’ Fever Ship in 1852. Of course, I immediately began writing a pitch for Catherine’s story in my head to send to Cassie.

Although I don’t have any Scottish ancestors, I do have at least one ancestor who died in a county Asylum in England so I found this talk very informative as well. Caroline described the history of asylums and the difference between private institutions and state institutions and gave an overview of what the lives of the inmates were like and I renewed my enthusiasm for an in-depth article on English Asylums and their records.

Roy Stockdill gave a brief introduction, after which Jackie Depelle cycled through some online resources for tracing Yorkshire ancestors. Many of these were very familiar to me since I have three branches of my tree rooted in both Sheffield and the Yorkshire Dales, but as always, there were a few new sources that I hadn’t seen before and I look forward to exploring those when I get home.

World War One and Non-Conformists Sources in Dr. Williams’ Library by Fiona Turnbull

Although my ancestors had left England by the time of the first world war, I attended this lecture mostly to learn more about Dr. Williams and his bequest that eventually led to the establishment of his library, and was not disappointed.

Company and business records were not a record group that I had previously given much thought to, but I may do some exploring through the online catalogues now that I’ve heard this talk. For the most part, my ancestors were simple labourers and most likely would not be mentioned in such records but there are a few exceptions that are certainly worth exploring.

Who Was in the Victorian Workhouse with Peter Park

Of course, many of my ancestors were in the workhouse over the years that I know of, and I’m quite certain that many more of them were receiving both indoor and outdoor relief that I don’t yet know about. Peter’s talk was an excellent history in how the Poor Laws changed in 1834 and what life was like in the workhouse.

In between lectures, I wandered the aisles of the exhibit hall and was surprised to see that I had somehow missed the booth for the National Institute of Genealogy and Louise St. Denis who was there talking to potential new students at the show. For anyone who is considering taking the courses there, as a graduate of the English Records course stream, I can highly recommend these courses. The depth of the material on all subjects is amazing and I find myself referring back to my materials all the time.