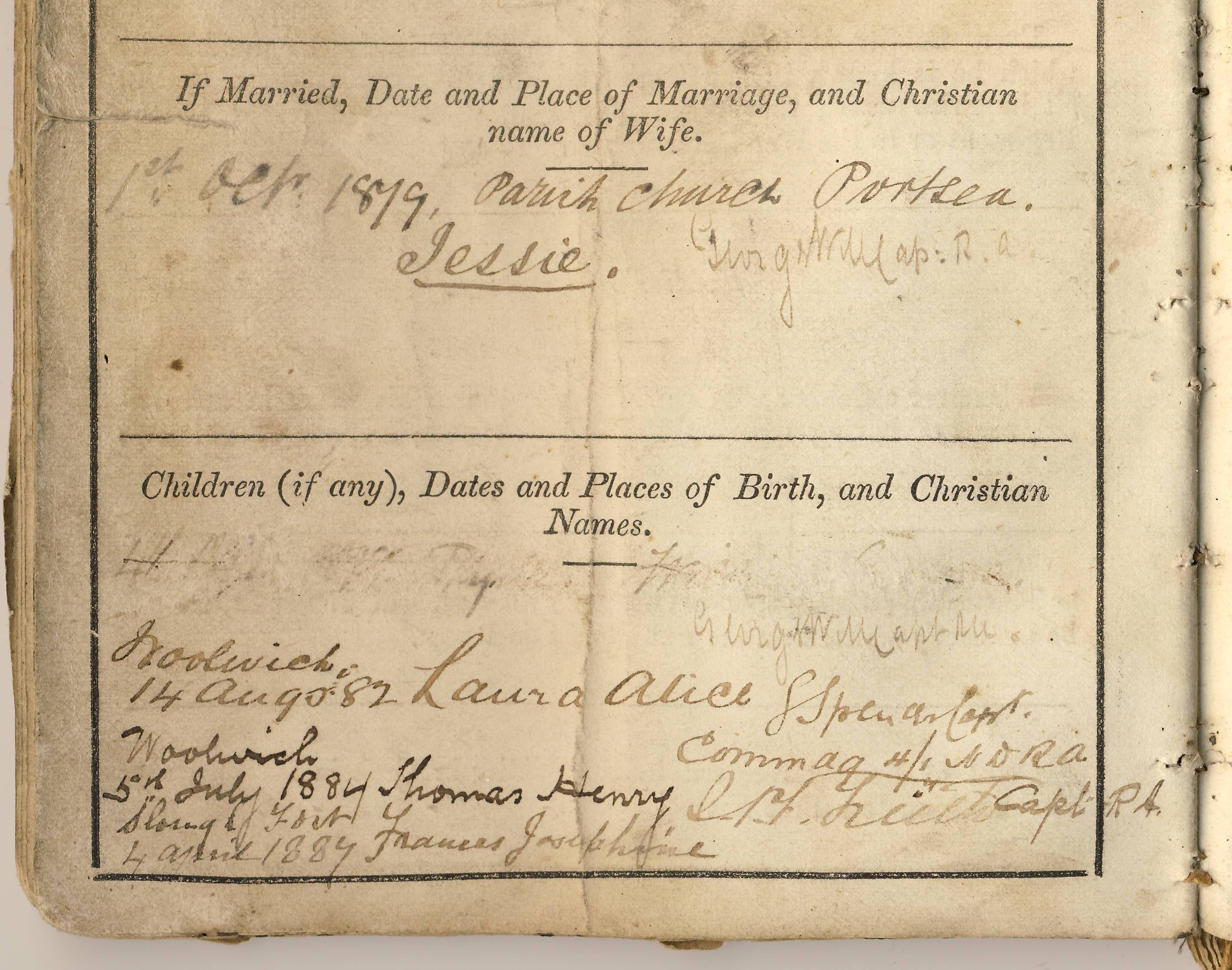 1. William BOND was born on 11 April 1843 in Kirkham, Lancashire, England and was baptised 18 April 1843 at St. Michael’s Church in Kirkham, Lancashire.   William died of corrosive poisoning on 26 August 1893 in London, England at the age of fifty.  On 6 August 1879 at the Wesleyan Chapel in Ryde, Isle of Wight, Hampshire, England, William married Jessie Harriet WILLIAMS by license.   A second marriage ceremony took place on 1 October 1879 at St. Mary’s Church in Portsea, Hampshire after banns.

Jessie William’s burial record at the Mount Royal Cemetery  lists her birth place as “Isle of Night” which is probably “Isle of Wight” in England. Her death certificate shows her death date as 29 December 1941 and her birth date as 25 November 1863 .  Her death notice in the Montreal Star shows her age to be seventy eight years which is consistent with these dates .

Looking at the George Williams family on the Isle of Wight in the 1871 census, we find father George, a gardener, mother Harriett, daughter Jessie, aged thirteen, son Arthur S. and daughter Laura Jane . This family grouping is consistent with the information on Jessie and William’s marriage certificate where Jessie’s father is listed as George Williams, a gardener and witnesses to the marriage are shown to be George Williams and Laura Jane Williams.

The information for Jessie’s death certificate and burial notice were likely provided by Frank Hayes.  Frank and Jessie lived together for some time and Frank was named as the sole heir in Jessie’s will .  The bequest left to him was “in consideration of the care and friendship he has given me for many years.”   The Quebec death index lists Frank Hayes  born 1871, died 27 January 1944 making it apparent that he was fourteen years younger than Jessie born in 1857.  The birth year that Frank provided for Jessie on her death certificate was possibly a mistake on his part or more likely the result of Jessie “adjusting” her age so Frank would not realize the extent of the age difference.

v.  John Arthur BOND was born on 3 November 1890 at 25 Maiden Lane in London, England.  He was baptized on 5 May 1891 at Saint Peter’s Church, London Docks, London.  He died on 8 February 1963 at the age of seventy two at 20 Brian Avenue in Scarborough, Ontario, Canada.  John was cremated on 11 February 1963 at St. James’ Crematorium in Toronto, Ontario  and his ashes were scattered over the falls at Niagara Falls, Ontario by his family.   John Arthur married Winifred BULMER, the daughter of Daniel BULMER and Eliza Mary Ann TAYLOR,  on 12 June 1919 in Niagara Falls, Ontario, Canada.

Grinders Appeal to the Public of Sheffield